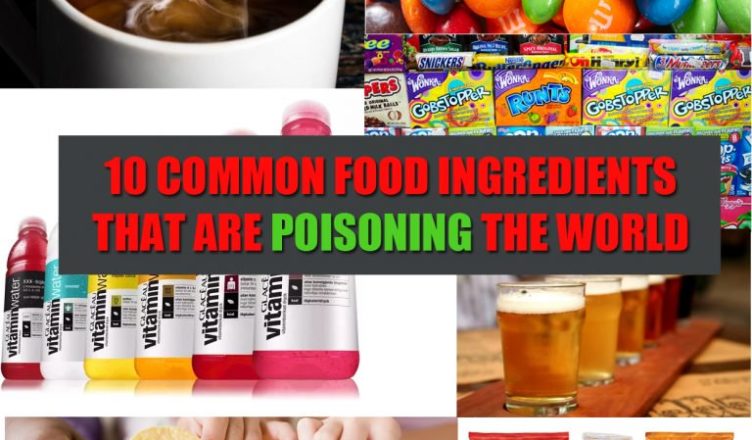 It’s no secret that our food today is under siege by corporate profit. Mass food production almost always undercuts the health of the consumer if it means increasing margins. Because of this our grocery store aisles have become a holding ground for chemical poisons guised under ambiguous names such as “natural flavors” and “fructose.”

It is up to the consumer, then, to know which ingredients to avoid that are especially toxic to our health. Below is a list of ten common food ingredients that are secretly poisoning the masses.

Butylated hydroxyanisole (BHA) is a preservative that affects the neurological system of your brain, alters behavior and has the potential to cause cancer. It can be found in breakfast cereal, nut mixes, chewing gum, butter spread, meat, dehydrated potatoes, popcorn, chips and beer, just to name a few.

BHA is known to cause cancer in rats, and may be a cancer-causing agent in humans as well. According to the U.S. Department of Health and Human Services National Toxicology Program’s 2011 Report on Carcinogens, BHA “is reasonably anticipated to be a human carcinogen.”

The international cancer agency categorizes it as a possible human carcinogen, and it’s listed as a known carcinogen under California’s Proposition 65.

BHA may also trigger allergic reactions and hyperactivity. BHA is banned from infant foods in the U.K. and is banned from use in all foods in certain parts of the EU and Japan. In the U.S., the FDA considers BHA to be a GRAS additive. BHT is chemically similar to BHA and the two preservatives are often used together. While BHT is not considered a carcinogen like BHA, it has been linked to tumor development in animals.

It’s also been linked to developmental effects and thyroid changes in animal studies, which suggests it may be an endocrine-disrupting chemical. In the U.S., BHA is given GRAS (generally recognized as safe) status. 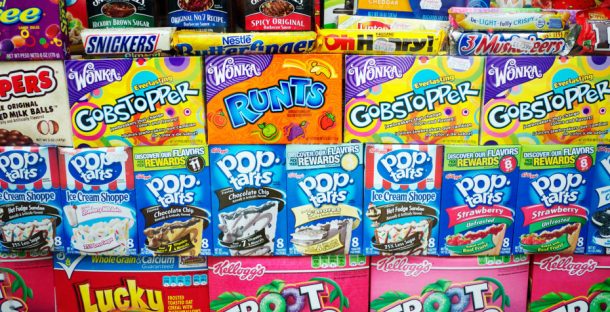 Fructose in the form of high-fructose corn syrup is one of the most common ingredients found in food today. It can found unsuspecting foods such as tomato sauces, canned soups, salad dressings, store-bought bread, and the list goes on.

In his article, What Chemical Cocktail Is in Your Food?, Dr. Mercola explains the damaging effects of fructose on your liver:

Fructose is primarily metabolized by your liver, because your liver is the only organ that has the transporter for it.

Since all fructose gets shuttled to your liver, and, if you eat a typical Western-style diet, you consume high amounts of it, fructose ends up taxing and damaging your liver in the same way alcohol and other toxins do.

And just like alcohol, fructose is metabolized directly into fat — it just gets stored in your fat cells, which leads to mitochondrial malfunction, obesity and obesity-related diseases.

The mice on the fructose-glucose diet produced 26.4 percent fewer offspring than their counterparts on the diet containing added table sugar…

The study suggests humans, especially women, could face adverse health effects tied to consuming too much corn syrup, which is found in many processed food products…

Between 13 and 25 percent of Americans are estimated to eat diets containing 25 percent or more of calories from added sugars, according to the paper.” 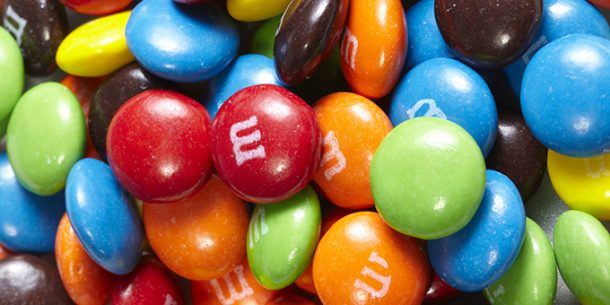 Fifteen million pounds of artificial food dyes are added into U.S. foods every year — and that amount only factors in eight different varieties. As of July 2010, most foods in the European Union (EU) that contain artificial food dyes were labeled with warning labels stating the food “may have an adverse effect on activity and attention in children.”

Nine of the food dyes currently approved for use in the U.S. are linked to health issues ranging from cancer and hyperactivity to allergy-like reactions — and these results were from studies conducted by the chemical industry itself.

Red # 40, which is the most widely used dye, may accelerate the appearance of immune system tumors in mice, while also triggering hyperactivity in children. Blue # 2, used in candies, beverages, pet foods and more, was linked to brain tumors.

And Yellow 5, used in baked goods, candies, cereal and more, may not only be contaminated with several cancer-causing chemicals, but it’s also linked to hyperactivity, hypersensitivity and other behavioral effects in children. Even the innocuous-sounding caramel color, which is widely used in brown soft drinks, may cause cancer due to 4-methylimidazole (4-MeI), a chemical byproduct formed when certain types of caramel coloring are manufactured. Experiments have found that sweet taste, regardless of its caloric content, enhances your appetite, and consuming artificial sweeteners has been shown to lead to even greater weight gain than consuming sugar.

Aspartame, for instance, is a sweet-tasting neurotoxin. As a result of its unnatural structure, your body processes the amino acids found in aspartame very differently from a steak or a piece of fish.

Further, inflammatory bowel disease may be caused or exacerbated by the regular consumption of the popular artificial sweetener Splenda (sucralose), as it inactivates digestive enzymes and alters gut barrier function. 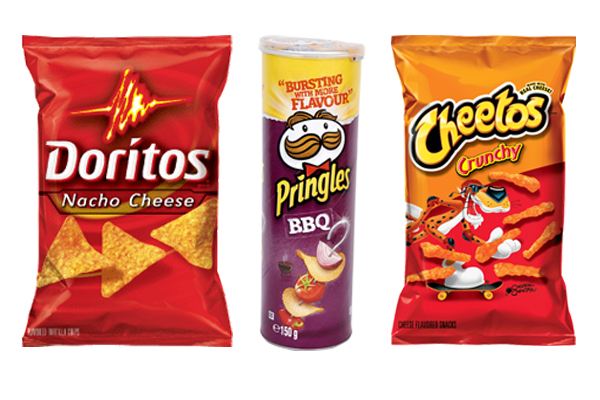 This flavor enhancer is most often associated with Chinese food, but it’s actually in countless processed food products ranging from frozen dinners and salad dressing to snack chips and meats.

MSG is an excitotoxin, which means it overexcites your cells to the point of damage or death, causing brain dysfunction and damage to varying degrees — and potentially even triggering or worsening learning disabilities, Alzheimer’s disease, Parkinson’s disease, Lou Gehrig’s disease and more.

Part of the problem is that free glutamic acid (MSG is approximately 78 percent free glutamic acid) is the same neurotransmitter that your brain, nervous system, eyes, pancreas and other organs use to initiate certain processes in your body.

Although the U.S. Food and Drug Administration (FDA) continues to claim that consuming MSG in food does not cause these ill effects, many other experts say otherwise. 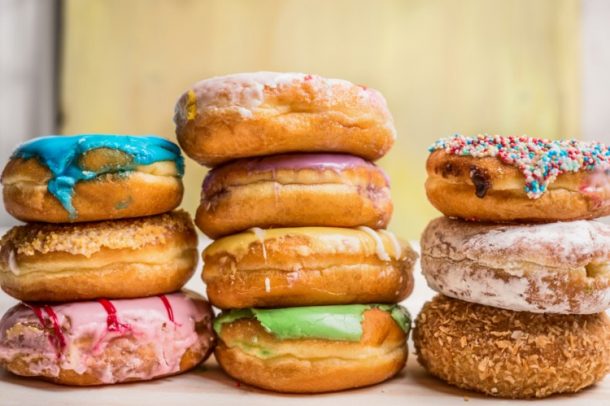 Synthetic trans fats, found in margarine, vegetable shortening, and partially hydrogenated vegetable oils, are known to promote inflammation, which is a hallmark of most chronic and/or serious diseases.

Fortunately, in June 2015 the FDA announced partially hydrogenated oils (a primary source of trans fat) will no longer be allowed in food due to their health risks, unless authorized by the agency.

According to the FDA, this change may help prevent around 20,000 heart attacks and 7,000 heart disease deaths each year.

The new regulation won’t take effect until 2018. In the interim, food companies have to either reformulate their products to remove partially hydrogenated oils or file a limited use petition with the FDA to continue using them. 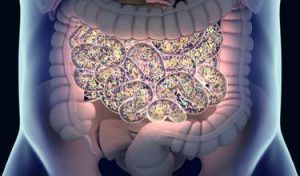 Polysorbate 80 is a common food additive which acts as an emulsifier, a solubilizer, and a surfactant. While the FDA considers it to be generally safe, research performed at Georgia State University has suggests the chemical changes the composition of the bacterial population in the intestine, promoting the growth of pro-inflammatory bacteria.

When using a well established model of colorectal cancer, the researchers observed that dietary emulsifier consumption was sufficient to make the animals more susceptible to developing colonic tumors because this created and maintained a pro-inflammatory environment associated with an altered proliferation/apoptosis (cell death) balance. The researchers observed that enhanced tumor development was associated with an altered intestinal microbiota, characterized by an increased pro-inflammatory potential. 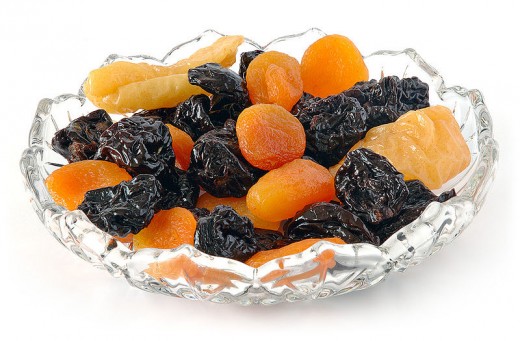 This is a widely used food preservative. People who are sulfite sensitive can experience headaches, breathing problems and rashes. In severe cases, sulfites can actually cause death. Foods to avoid that contain sulfites include dried fruits, pickled jarred vegetables, wine, and bottled lemon juice. Millions of tons of titanium dioxide are produced globally each year. It adds whiteness and brightness to products and also helps them resist discoloration.

Most titanium dioxide (close to 70 percent) is used as a pigment in paints, but it’s also added to cosmetics, toothpastes, pharmaceuticals, paper and food.

Candies, sweets and chewing gum have been found to contain the highest levels of titanium dioxide. White powdered doughnuts, candies and gums with hard shells, products with white icing and even bread, mayonnaise, yogurt and other dairy products may contain titanium dioxide.

One analysis of exposure to titanium dioxide through foods found children receive the highest exposure levels (two to four times more than adults) because it’s so commonly added to sweets. 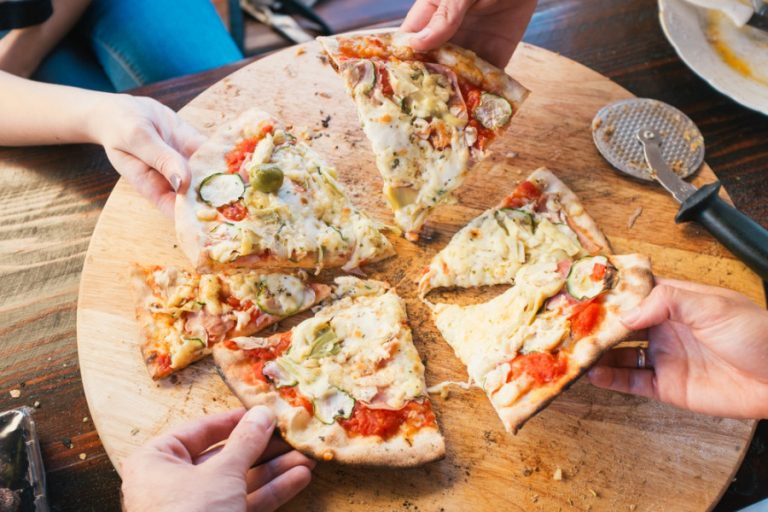 According to Dr. Mercola, nearly every time you eat bread in a restaurant or consume a hamburger or hotdog bun you are consuming bromide, an endocrine-disrupting chemical commonly used in flours. The use of potassium bromate as an additive in commercial breads and baked goods has been a huge contributor to bromide overload in Western cultures. Bromated flour is “enriched” with potassium bromate.

Commercial baking companies use it because it makes the dough more elastic and better able to stand up to bread hooks. However, Pepperidge Farm and other successful companies manage to use only unbromated flour without any of these so-called “structural problems.”

Studies have linked potassium bromate to kidney and nervous system damage, thyroid problems, gastrointestinal discomfort, and cancer. The International Agency for Research on Cancer classifies potassium bromate as a possible carcinogen. Potassium bromate is banned for food use in Canada, China and the EU.

As our food supply increasingly becomes more toxic, the only way we can prevent toxin accumulation is by making different choices.

One of the best ways to ensure that none of the previously mentioned chemicals are in your food is by purchasing organic products. While organic regulations do not prevent all toxins from being used in manufacturing or growing, these regulations help to minimize the amount of toxins we are exposed to. Preparing your own snacks in advance and having them on hand is also a great way to control what goes into your body when cravings arise outside of the house.

There is no greater investment than in your own health. When we recognize that only we are in control of our health and well-being, and that the governing health agencies do not have our best interests at heart, only then will we truly have sovereignty over our bodies.

Skills to Learn for First Aid in a World Gone Mad