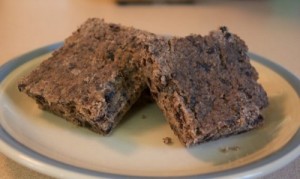 French bread will only last a few days before it goes bad. And canned goods will last you a few years.

So all food has an expiration date, right? Wrong!

Some foods can last a century. Yes, that’s right. A hundred years!

Here are 10 foods that can last (pretty much) forever. In fact, if stored property, they will never spoil and will stay as fresh as the day you bought them — and will make a great addition to your pantry or emergency food supply.

So feel free to use that 10-pound bag of jasmine rice from 1998 that you were saving for Y2K.  As long as it was stored correctly, it’s just as good for you as the day you bought it.

Honey may crystalize over time, but in terms of safety, this gold liquid is nearly immortal. If it’s stored in a sealed jar, it can last for centuries, according to the National Honey Board. Raw honey has such longevity that it has even been recovered from Egyptian tombs. Honey can sweeten your hot tea, alleviate seasonal allergies, and also can be used to treats wounds and burns. If your honey does crystallize, just place the jar in warm water until the crystals dissolve.

Pemmican was first made by Native-Americans and later by European fur traders and settlers. It was made from meat of large game like buffalo, bison, elk or deer. The lean meat was cut into small pieces and dried by putting it over an open fire. Then it was mixed with fat and pressed into little cakes. Sometimes, berries were tossed in for extra flavor. Pemmican makes a great survival food. In fact, it was given in rations and used by British soldiers during the Second Boer War (1899-1902).

Rice is the perfect food for storage. And, like honey, has been found perfectly preserved in Egyptian tombs. White, jasmine, wild, Arborio and basmati rice all have an almost indefinite shelf life. White rice is considered by many to be the ultimate survivalist food to stockpile in order to be ready for a food crisis. But brown rice doesn’t have the same good fortune; its high oil content makes it turn rancid faster. Just be sure to store rice in an airtight container to keep out any bugs. I like to put bay leaves in bulk bags of rice to keep the bugs away.

You can buy apple cider vinegar and not worry about it going to waste. So stock up on this healthy condiment and use it for salad dressings, marinades or even household cleaning. And if you feel a sore throat or cold coming on, put a tablespoon in a glass of water and drink it; you’ll feel better! 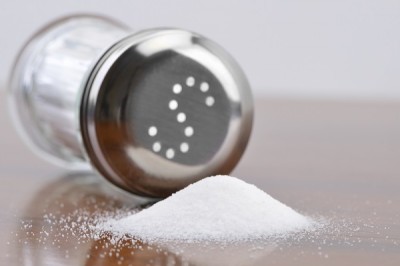 Sea salt is the healthiest salt, but regular table salt is fine. Salt adds taste, preserves meat and helps food keep its texture. And if stored properly, it will never go bad. In the event of a grid failure, salt makes a great way to cure meat. Here is what one source says:

“Historically, brining and salting has been used as a method to preserve meat. Some methods were as simple as submerging the meat in a barrel of salt water. The salt solution was judged ready when it would float a raw egg. This solution would require approximately 8 pounds of salt to 5 gallons of water. Cover the meat completely with the solution and leave covered until ready to use. From the amount of salt it requires you can see that it pays to store a substantial amount.”

White, brown and powdered sugar will last forever. If it hardens over time, you can break up the chunks by warming it up and stirring it, just like with honey. Sugar doesn’t support bacterial growth, but don’t forget to store it in an airtight container to keep the bugs and moisture out. And sugar can be used for more than just a sweet treat — it makes a great scrub to use on your face and body.

As long as it’s never opened, soy sauce will last forever. Soy sauce is made from fermented soybeans, salt, wheat and water. The high sodium content of soy sauce helps to preserve it. But if you’re gluten intolerant, make sure that you buy a soy sauce that is gluten-free. From stir fries to soups, soy sauce is an important ingredient in Asian recipes. My favorite way to eat soy sauce is to make a quick sauce by mixing ¼ cup of honey, ¼ cup of water, and 2 tablespoons of soy sauce. It makes a great stir fry sauce or glaze for chicken.

Because bouillon has large amounts of salt, it can last a long time. However, over time, the taste of the bouillon can be altered. So if storing bouillon cubes, it’s best to use a food sealer or seal in Mylar bags. It makes a great survival food used in broth or soup to deliver much-needed electrolytes to the body.  I use it often in soups and stews; it’s a great way to save money and keep food costs low.

In a difficult situation, powdered milk makes an emergency source of calcium and vitamin D for young children. It can last indefinitely in nitrogen-packed cans and can be placed in the freezer. And if the powdered milk develops an odor or turns yellow, it’s time to discard.

So whether you’re planning for a disaster or simply want to have a pantry stocked with non-perishable food for an unexpected snow storm, having these 10 food items is important. And if you store these foods properly, they might just last forever.

What foods do you keep stocked that will last forever? Write your response in the comments below: