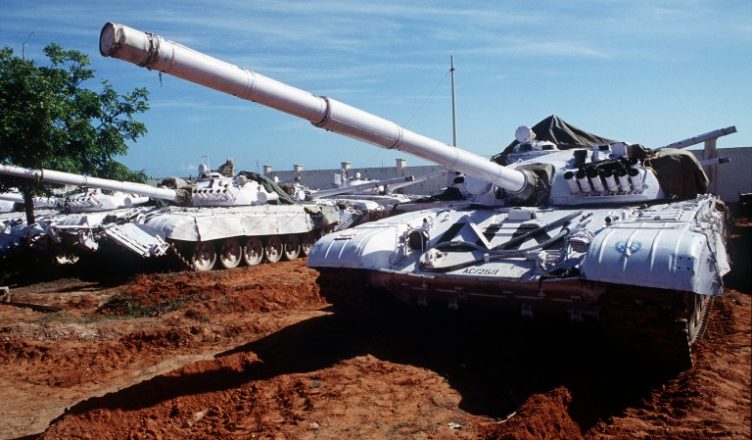 Before we race head-first into World War III with Russia, it is important to realize that there will be some precursor events prior to the outbreak of war.

One of the things that is going to have to happen before the war-weary Americans accept another war, is to take away their choice. Subsequently, this nation will go into martial law prior to any war. Why? Because the widespread opposition will have to be eliminated and Americans are indeed war weary. 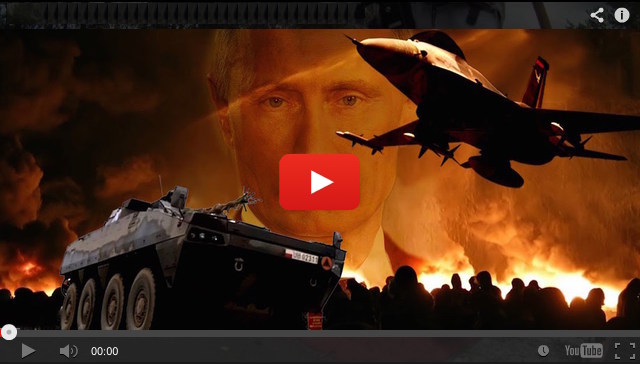 UN Imposed Martial Law Is Being Put Into Place 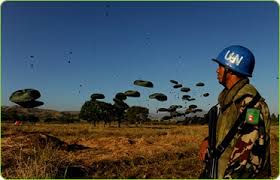 They are here to take your guns, and usher dissidents into FEMA camps for final distribution. I have written over 40 stories on the planned UN takeover that is already underway.

The following is from the Associated Press and was published this past July. It validates everything that I have been saying for the past 3 years. The UN is here and they are going to be used to subjugate the people of the United States. 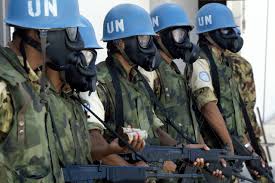 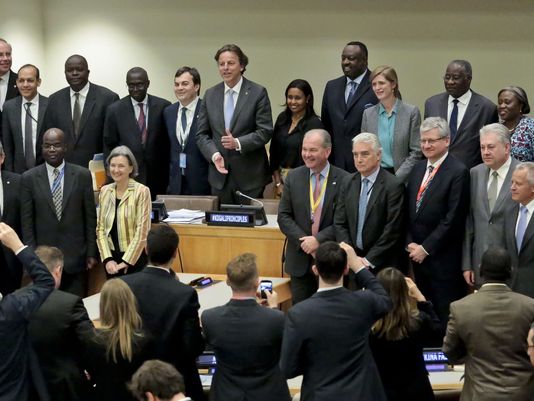 “UNITED NATIONS — The United States has announced its support for a set of principles that give a green light for U.N. peacekeeping troops and police to use force to protect civilians in armed conflicts.

U.S. Ambassador Samantha Power told a high-level U.N. meeting Wednesday focusing on the responsibility to protect civilians that the United States was “proud” and “humbled” to join 28 other countries that have pledged to abide by the 18 pledges.

U.N. peacekeepers from these 29 countries are now required to act in cases where civilians are in danger. (Editor’s Note: If you impose the New World Order and the elimination of nationalism, you are threatening your fellow citizens and are ripe for UN intervention).

The Method of America’s Demise

With everything I have uncovered over the past two years, I have concluded that America will be thrust into martial law prior to fighting in WW III. Martial law is usually preceded by a false flag. There is no shortage of false flag possibilities and choosing the manner, the time and the place is a fool’s errand. However, there are a definitive 17 elements of martial law that we can analyze in order to gauge the progress America is making with regard to to being under total martial law.

Being aware of an unfolding state of martial law can help one adjust to changing circumstances. Many experts that I speak with firmly believe that we will not see an all-encompassing declaration of martial. Rather, the elements of martial will be imposed individually and will be referred to as “Continuity of Government”, which most likely follow a significant false flag attack.

Whether martial law is declared all at once, or in piecemeal fashion, there are 17 elements of martial law that all Americans need to be aware of:

1-Mass roundup of political dissidents.These will most likely be declared as terrorists and enemies of the state and will be linked to the precipitating false flag event,This will be the unfolding of Red and Blue Lists as spoken of by Steve Quayle for the last couple of decades. The NDAA will provide the pseudo legal authority to snatch key Americans out of their homes and off of the street.

2-Dusk to dawn curfews which are designed to keep the people from congregating and planning in concert to overthrow the omnipresent tyranny.

3-Rationing of essential resources as specified in Executive Order (EO) 13603.

4-The seizing of personal assets such as food and water as specified in EO 13603.

6-The prohibition of weapons of any kind including guns, knives or chemicals which can be turned into explosives. It will become a capital crime to possess a weapon of any type.

8-Arrests without due process (NDAA).

10-Forced relocation of suspected American dissidents as specified by the Civilian Inmate Labor Program and the Civilian Conscription Program, under the Secretary of Labor, in EO 13603. This will mark the introduction of slave labor in American in which the conscripts are called (unpaid) consultants.

11-Forced conscription into various labor camps and even into the military (EO 13603). Also medical martial law policies could be invoked in the advent of the introduction of a pathogen

13-The installation of massive surveillance programs and the establishment of snitch programs which would mark the rebirth of former Secretary of DHS, Janet Napolitano, in which neighbors are encouraged to “say something, if these see something”. The NSA police state surveillance programs speak for themselves. It is highly recommended that every American go see the Oliver Stone movie, Snowden.

14-The total control or elimination of religion. The Bible is already being characterized as hate speech. Today, one who is Christian is cast as anti-gay/transgender, anti-government, etc.

15-Control of the media. Except for the total eradication of the alternative media, this has already happened. ICANN will finish the job.

16-Executions without due process of law (NDAA).

17-Total suspension of the Constitution as this is essentially complete in light of actions such as EO 13603 and the NDAA.

How many of these 17 elements are in place, or, are being put into place? All 17 elements are at various stages of already being implemented. The right crisis will precipitate the completion of these elements of martial law in their totality. Knowing the signs of unfolding martial law should serve as a trigger to prepare and maintain as low of a profile as possible. The more resources that you have stored, the less likely you will be to cross the line into a government facility in order to feed you family (i.e. a FEMA camp).

In summary, these 17 elements are being put into place in order to pave the way for the purge that will follow an United Nations takeover.