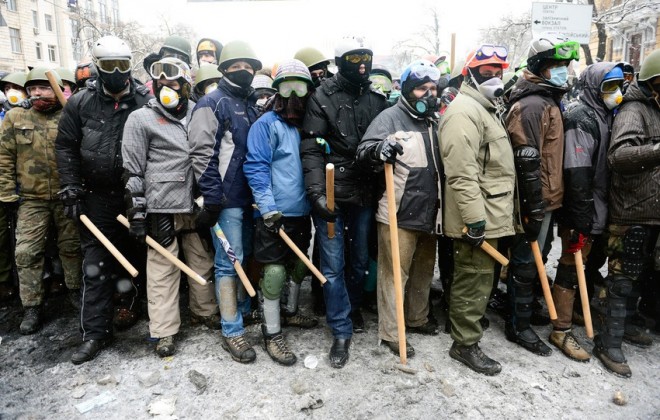 The subject of survival in a long term disaster goes beyond having stockpiles of beans, bullets and band-aids. Those that do survive during a long term emergency will no doubt be tried and tested with a great many things. One of those trying scenarios is dealing with death.

Zombie attacks seem to be a prevalent theme for preppers to prepare for. In fact, the CDC has even posted a preparedness article on how to ward off zombie attacks. While I believe these zombies will likely take the form of substance abusers, mental patients, chronically ill or diseased, and desperate individuals whose basic needs have not been met, they will die out in the first few months of an onset of a  major disaster, and there presence will rarely be an issue in a long term situation.

In reality, a majority of those that will die during a long-term disaster will be from illnesses brought on by acute respiratory infections due to cramped living conditions, poor water conditions (or lack of), or bacterial infections from wounds. If we survive a major disaster, America would become a third world country and the aftermath of such a scenario will be similar to those living in Africa, Ethiopia and India.

Illness Due to Poor Water Conditions

Typically, any diseases that are brought on by lack of sanitation and hygiene are controllable and preventable. In a disaster where water sources are compromised, people within a 50 mile radius could be adversely impacted by illness and disease if just one person incorrectly handles water or incorrectly disposes of waste.  Contaminated water, poor sanitation and/or lack of hygeine leads to diseases such as Hepatitis A, viral gastroenteritis, cholera, Shigellosis, typhoid, Diphtheria and polio. If these diseases affect enough people, an epidemic will ensue.

Dehydration and diarrhea are also water-related matters to contend with. Those without adequate water conditions and/or are suffering from disease brought on by poor water conditions could quickly dehydrate. These types of illnesses typically affect at-risk populations such as children, the sick and the elderly. Young children in particular are at high risk for diarrhea and other food- and waterborne illnesses because of limited pre-existing immunity and behavioral factors such as frequent hand-to-mouth contact. The greatest risk to an infant with diarrhea and vomiting is dehydration. In addition, fever or increased ambient temperature increases fluid losses and speeds dehydration. Having knowledge beforehand on how to properly clean drinking water and food, and the symptomatology and treatment of these types of diseases can prevent further outbreaks from occurring.

Malnutrition from either improper water conditions or from lack of nutrients is also a large killer amongst those in impoverished communities.  Medical experts say there is a symbiotic relationship between malnutrition and diarreah.  Malnutrition increases the severity of diarrhea while diarrhea can cause malnutrition. Either way, prevention for both of these health issues is key.

Those that are malnourished are more suseptible to illness and disease. Individuals who are malnourished will also be vitamin deficient and their health is likely to regress further. Those who survive from malnutrition are permanently affected by this disease and may suffer from recurring sickness, faltering growth, poor brain development, increased tooth decay, reduced strength and work capacity, and increased chance of chronic diseases in adulthood. Adult women with this condition will give birth to underweight babies.

Upper respiratory infections (URI) will also be a leading cause of death in a long term disaster. Upper respiratory infections include: colds, flu, sore throat, coughs and bronchitis can usually be cured with additional liquids, rest and nourishment. Allowing the illness to exacerbate will lead to secondary infections such as bacterial pneumonia. The germs from pneumonia are easily spread from an infected person to others by coughing or sneezing or through close contact. A major concern about respiratory infections is that there are many drug resistant strands of viruses, bacterias and diseases (including tuberculosis), that regular medicine will not cure.  In a long term disaster situation, many could perish.

To properly prepare for this type of medical situation, learn about the more prevalent viruses and bacterias in your country and how to prevent them in order to provide a healthy living environment in a long term situation.

Not only are URI’s a concern but other air-borne diseases such as tuberculosis will likely fester during a long term scenario. In regular non-SHTF times, treatment for tuberculosis requires 6-12 months of medication.  In a long term emergency, chances of surviving tuberculosis are slim. The best way to prevent tuberculosis is adequate nutrition, vitamin D and living in a properly ventilated shelter.

Survival groups that have multiple people living under one roof will only increase the likelihood of passing air-borne infections and diseases to one another. In addition, those in an at-risk group (elderly, immuno-deficient, infants) are more likely to catch illnesses.  If a survival group is sharing a home, an infirmary or sick room should be prepared for those who have fallen ill.  Isolating the person who is ill will limit exposure to the other members of the group. Adequate nutrition, water, rest, good sanitary practices and ventilation of the home is essential in curbing this.

Open injuries have the potential for serious bacterial wound infections, including gas gangrene and tetanus, and these in turn may lead to long term disabilities, chronic wound or bone infection, and death.  Anitibiotics will be few and far between and will be more precious than gold.  Without proper medicines, antiseptic and knowledge on proper medical procedures, many will die of bacterial infections.  Learning medical skills, gaining knowledge on natural medicines and alternative medical antiseptic (i.e., Dakin’s Solution) before a disaster occurs could help people survive from wound infections. Also, ensuring the area that you treat medical emergencies is clean and as sterile as possible may also prevent bacterial infections.

Additionally, consider developing the following skills: basic first aid class, sign up for EMT classes in your community, an off-grid medical care class such as those offered by onPoint Tactical. Also, consider investing in books such as When There is No Doctor and When There is No Dentist.

Also look into making your own antiseptics utilizing alcohol distillation, such as the custom made units from LNL Protekt.

These illnesses (provided above) have impacted countries all over the world. These illness and conditions, coupled with unsanitary living conditions such as substandard sanitation, inadequate food and water supplies and poor hygiene, make disaster-affected people especially vulnerable to disease. These illnesses will affect us no matter what part of the world we live in, what socio-economic status we currently hold, and no matter how prepared we think we are.

Understanding what can happen and being prepared when it does is absolutely essential. The last thing we want to do when a serious condition arises is to panic. Preparing your supplies, developing your skills and educating the rest of your family and preparedness group on how to prevent, identify and counteract these serious conditions will provide a significant boost to your ability to survive if the worst happens.

These guys were the last generation to practice basic things-for a living-that we call survival skills now.

Survival Things Our Great Grandfathers Did Or Built Around The House

Remember… back in those days, there was no electricity… no refrigerators… no law enforcement… and certainly no grocery store or supermarkets…

So I really can’t think of anyone more qualified in sharing real-life survival lessons than people who lived through times like these.

The Uncensored, Real-Deal Guide to Bugging Out of the City