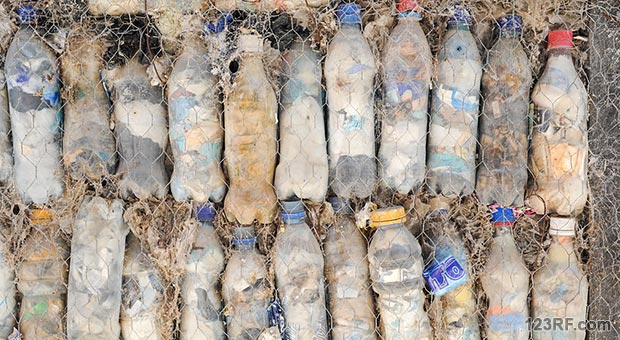 Everybody knows that a survival kit should contain bandages, water purification tabs, food, a knife, needles, and the like, but what about some of the multipurpose items that you use every day? Why wouldn’t you want to include them in your bag of post-SHTF tricks, too?

Today we’re going to talk about 6 unusual items for your off-grid survival kit that really should be in there, but aren’t typically listed.

The stuff’s magic. Why on Earth shouldn’t you include it in your post-SHTF off-grid survival kit? It’s amazing at un-sticking stuck hinges and other moving parts. It’s also great for removing grease, gum and other sticky grime and for preventing rust. The fact of the matter is that tools may not be as easy to come by if SHTF and you need to protect the ones that you have.

According to some sources, WD40 kills and repels roaches, insects and spiders. That would be an amazing tool to have in a world where a spider or mosquito bite could quite literally kill you. Spray the WD40 directly on the bug for an instant kill, and spray it around your windowsills and doors to keep them out of the house.

Finally, WD40 is an excellent waterproofing agent and some people swear that a little bit sprayed on a bee sting takes the pain away. Stockpile a few cans of it.
Plastic Bottles

Plastic bottles have a thousand uses and, since they’re typically not bio-degradable, you’ll be helping the environment by saving and repurposing them. Here are just a few survival uses for plastic bottles:

Use as a drip irrigator.
Store smaller amounts of flour, rice, pasta, or other dried goods in them.
Cut the bottoms off and use to plant your seeds.
Fill them with water and place them in holes in top of your windowless shed. The water refracts light and produces 55 to 60kw of illumination.
Fortification. When filled with mud or dirt, a plastic bottle is up to 18 times stronger than brick and will stop a bullet.
Water purification. If you have water that you’re not sure is safe to drink, place it in a plastic PET bottle and sit it in the sun for 6 hours. The UV light will kill most pathogens that can cause diarrhea and other issues.
Waterproof storage when travelling. Use a large-mouthed plastic container to keep important items such as your fire kit, spare socks, or first aid supplies dry.
Hot water bottle. Fill the bottle with hot water and put it in a sock. Place it in your sleeping bag or hold on to it. It can increase temperatures in your bag up to 20 degrees.
Cold compress. Fill it with ice or snow.
Lexan bottles can actually be used for cooking.
Makeshift shovel.
Cup.
Floatation device.
Ties or cord. Just cut the bottom off and start cutting in a spiral manner to make the cord as wide as you need it.

Yes, you can make some great lemonade, which would certainly boost morale, but there are several good uses for lemon juice that earn it a spot on our list:

Disinfectant. Pour a few drops directly on your wound or apply with a cotton ball. It also helps it stop bleeding.
Indigestion/stomach upset. Mix a few drops with water and drink.
Relieve poison ivy symptoms.
Natural decongestant. Helps reduce phlegm and ease difficult breathing.
A few drops per day in your water helps prevent kidney stones.
Treat diphtheria. Research shows that swallowing 1/2 to 1 tablespoon of lemon juice every hour or so will release the faux membrane that forms in your throat so that it can come out.
Disinfect your vegetables and fruits. Just put a tablespoon of lemon juice in your spray bottle and spritz it on your produce.
Prevent fleas and ticks. Spray on your pets to keep them pest-free.

Cat litter is absorbent; it doesn’t dissolve, and, when wet, dries to something akin to concrete. There are many reasons why you may want to include it in your kit.

Fill your plastic bottles with it to reinforce and bullet-proof your house or walls.
Use it to improve traction in wet, muddy, or icy areas.
Absorb the odor and liquids in your portable toilet.
Keep rats away. They hate the smell of cat litter so sprinkle it where they may come in or where you’ve seen them to get rid of them.
Keep your soil moist in your garden or in your planters.
Calcium bentonite clay, the primary component of kitty litter, naturally absorbs radiation and other positive ionic charged substances such as toxins and pesticides. It needs activated with water but when it is, it’s almost like a magnet it’s so negatively charged. 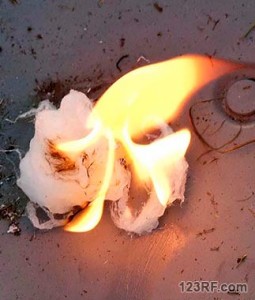 Petroleum jelly can be used as a fire starter, as a lubricant, as a lip balm, and to prevent chafing. Many people keep cotton balls dipped in petroleum jelly in their fire kits because it’s so useful.

It’s also a great way to keep critters from climbing your cords if you’re hanging food. And it’s a good temporary water proofer, too.
Duct Tape

Yeah, we know. Most people know to keep duct tape in their survival kits, but we think that it’s so useful that it bears mention just in case. Wonder why? You can use it to repair just about anything, including shoes or even to temporarily patch the bottom of an inflatable boat if the hole is small. You can make a rope out of it if need be, and it’s great to hold bandages. And there are other probably 2000 uses for duct tape if you really think about it.

These are just a few unusual items that you may want to consider keeping in your off-grid survival kit. If you can think of any more, please share with us in the comments section below!

This article has been written by Theresa Crouse for Survivopedia.
About Theresa Crouse
Theresa Crouse is a full-time writer currently living in central Florida. She was born and raised in the hills of West Virginia, where she learned to farm, hunt, fish, and live off the land from an early age. She prefers to live off the grid as much as possible and does her best to follow the “leave nothing behind but footprints” philosophy. For fun, she enjoys shooting, kayaking, tinkering on her car and motorcycle, and just about anything else that involves water, going fast, or the outdoors. You can send Theresa a message at theresa.crouse [at] survivopedia.com.

12 Survival Items You May Have Overlooked