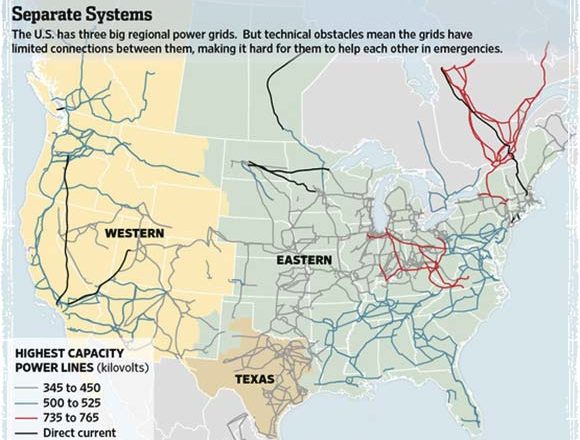 When it comes to preparedness, the list of threats is almost endless. From natural disasters and man-made threats, to disease outbreaks and terrorist attacks, there seems to be a never ending supply of chaos.

While I always advice people to do their own threat assessment, and look at what disasters are most likely to affect them based on their geographic location and lifestyle, there are some threats that most people either ignore, or are completely unaware of.

Here are seven very real threats that most people ignore. On the top of the list has to be the threat posed by those looking to take down the entire system, a system that has become increasingly become dependent on the grid, and the internet to operate.

If you ask most cyber-security experts, at least the ones who are in the know, they will tell you that we are already under constant attack 24/7, 365 days a year. It’s really only a matter of time before one of these attacks takes out a large part of our essential infrastructure. If the recent Ebola crisis showed us anything, it showed us how ill equipped this country is to handle an actual pandemic outbreak. With a single case of Ebola showing up in the U.S., the entire system was turned upside down. From DHS and border patrol failing to shutdown air travel during an active epidemic in West Africa, to the CDC’s complete failure to manage a single case of Ebola, no one at any level of government seems to have an actual plan in place to deal with this type of emergency.

We live in an interconnected world; the way we live, travel, and interact with each other makes it increasingly likely that we will see a major disease outbreak in the very near future.

Low-tech Attacks on the Power Grid On top of cyber threats, which could cause serious damage to the power grid, we also face a growing threat from low-tech attacks aimed at crippling this countries power infrastructure.

According to a study by the Federal Energy Regulatory Commission (FERC), the entire U.S. power grid could be shut down in a matter of minutes through a small-scale attack on only nine of the country’s 55,000 electric-transmission substations.

The Militarization & Federalization of State and Local Police Forces This is a threat that doesn’t receive nearly the amount of attention it deserves.

Drones, Armored Vehicles with High Power Weapons, Tanks, and Battlefield Helicopters: What was once used exclusively by our military, is now finding its way into the hands of local police forces throughout the U.S. The police state is a very real thing, and the line between the Military, Local & State Polices Forces, and the Federal Government is blurrier than ever. Whether it is from natural causes like extreme natural disasters or geo-magnetic events, or from man-made attacks like an electro-magnetic pulse (EMPs) attacks, one thing is for certain, it’s only a matter of time before something cripples our nation’s electric grid.

Our nation’s power grid is a hodgepodge of antiquated equipment and technology, with a large portion of it still relying on 1960’s and 70’s technology. During a congressional hearing on national security last year, Congresswomen Yvette Clark (D-NY) testified that “The likelihood of a severe geo-magnetic event capable of crippling our electric grid is 100%.”

A Nation of Zombies: The Medicated Zombies of America Zombies are very real, and they are everywhere!

During a large-scale disaster where delivery systems shut down, what do you think is going to happen to these people when they can’t refill their medications?

The Illusion of Food: What happens when the shelves are bare? Disaster after disaster in this country shows us how quickly an entire store can be wiped out. With most households in this country stocked with only a 3-day supply of food, during a long-term disaster your once jolly neighbor might become one of your biggest threats. The moment people realize they can’ feed themselves or their families, they’re going to become raving madmen.