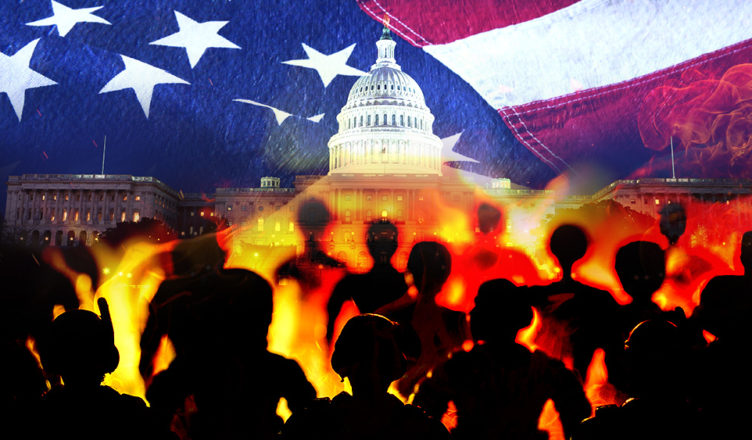 The National Guard said Monday that it has stationed 12,000 additional Air and Army Guardsmen for civil-unrest response in the wake of the riots sparked by the death of George Floyd. The units will help out the 5,000 guardsmen that are already deployed in 23 states and Washington D.C., as well as support local law enforcement.

Currently, over 45,000 National Guard members are currently active in response to the Wuhan coronavirus (COVID-19) outbreak. Combined with the 17,000 guardsmen deployed to prevent civil unrest, the 67,000-strong troops represent the largest ever deployment of National Guard troops in the United States.

Listen below to the Health Ranger Report by Mike Adams, the Health Ranger, as he lays out how the police officer who murdered George Floyd did so deliberately to instigate race riots across the country.

The newly deployed units will perform a wide range of tasks, such as civil disturbance control, site and personnel security and the protection of critical infrastructure.

“The National Guard is here to help restore order as we support law enforcement, protect lives and property in the communities of which we are members, and to ensure the right to safely and peacefully protest,” said Wayne V. Hall, a spokesman for the National Guard Bureau.

Hall added that the National Guard troops will be directed to use only the minimum amount of force possible. While each state’s rules on the use of force will vary, the goal of each unit will be the same: to provide peace and order. (Related: These RIOTS are the attempted communist uprising against America, and all those who are complicit in the treason must be arrested and prosecuted.)

The National Guard Units will be working with local law enforcement; however, they will be directly controlled by their respective state and will respond to requests for assistance as needed.

Trump calls on states to respond strongly to the riots

During a press conference at the Rose Garden, President Donald Trump urged state officials to establish “overwhelming law enforcement presence” in troublesome areas until the riots are quelled. The president also warned that he will deploy the United States Military to deal with the riots if states refuse or are unable to do what’s necessary “to defend life and property of their residents.”

According to White House insiders, President Trump is looking to invoke the Insurrection Act, a 200-year-old federal law that gives him the powers to deploy active-duty U.S. troops to respond to the riots across the country. The last time the Insurrection Act was invoked was in 1992, when racially-motivated riots broke out across Los Angeles.

When asked whether Trump will invoke the Insurrection Act, White House Press Secretary Kayleigh McEnany responded by saying that the Act is “one of the tools available, whether the president decides to pursue that, that’s his prerogative.”

The Current Supply Chain Crisis Could Throw The Global Economy Off Course!