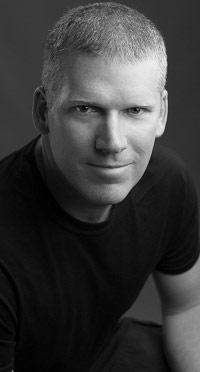 This article was originally published by Mike Adams at NaturalNews,com and has been reprinted with permission.

(NaturalNews) The city of Sao Paulo is home to 20 million Brazilians, making it the 12th largest mega-city on a planet dominated by shortsighted humans. Shockingly, it has only 60 days of water supply remaining. The city “has about two months of guaranteed water supply remaining as it taps into the second of three emergency reserves,” reports Reuters. [1]

Technical reserves have already been released, and as the city enters the heavy water use holiday season, its 20 million residents are riding on a fast-track collision course with severe water rationing and devastating disruptions.

But this isn’t a story about Sao Paulo; it’s a report that dares to point out that human societies are incredibly shortsighted and nearly incapable of sustainably populating planet Earth. In numerous regions around the world — including California, India, Oklahoma, Brazil, China and many more — human populations are rapidly out-growing the capacity of their local water systems. Even though keeping populations alive requires food… and growing food requires water… almost no nation or government in the world seems to be able to limit water consumption of local populations to levels which are sustainable in the long term.

Instead, the endless greed of the “grow-consume-profit” business model that dominates the global economy leaves no room for any hint of balance with nature. The overriding philosophy of modern business is to dominate nature with chemicals, mining and monoculture to maximize profit while kicking any really large problems down the road for the next generation to deal with.

The result is a world where nobody thinks about the long-term implications of today’s trends because everybody’s too busy trying to extract a buck or two out of the very system that will destroy their future.

Consider Las Vegas while you ponder all this: Here’s a city with no water future whatsoever, continuing to build new casinos and grow its population even as the water level of Lake Mead has already dropped to emergency levels (and continues to plummet). What do the people of Las Vegas imagine they will drink when all the cheap, easy water is gone? Will they swallow dust and pretend it’s water?

The sobering truth is that nearly everyone who lives in Las Vegas doesn’t think about this. By definition, anyone who realized the truth about the disappearing water throughout Nevada, Arizona and California would have already sold their property and moved away. Those who still inhabit regions with unsustainable water supplies — such as Sao Paulo — are choosing to make believe the problem doesn’t exist.

This delusional psychology is, of course, reflected across modern human civilization and its governments, where delusional rhetoric and make believe fantasies about “endless economic growth” keep the obedient masses toiling away day after day, hoping they are securing a future which has already been mortgaged away.

We’re often tricked into believing the government will solve all these problems for us. Yep, some Americans foolishly believe the same government which just issued $1 trillion in new debt to pay the interest on its existing debt is somehow really, really good at planning for the future instead of mortgaging it away. [2]

If fresh water were a bank account, the world’s spending deficit against that account would be deeply in the red and approaching a tipping point of default. And in precisely the same way the U.S. government borrows money to cover today’s expenses with no intention of ever paying it back, human society is also borrowing water to cover today’s water demands with no intention or capability of ever paying it back.

Right now in California and around the world, farmers are pumping water out of the ground that should have remained there until the year 2030. As they keep pumping the aquifers dry, they’ll be reaching ever more precariously forward into the future, using up water in 2015 that should have lasted until 2050 (or beyond).

In this same way, aquifers that should have lasted 100 – 200 years will be bone dry in the not-too-distant future. Farms that once produced food will instead produce a new Dust Bowl. Populations that depended on cheap food to afford basic living expenses will find themselves starving and bankrupt (and living on government food stamps, with the accompanying loss of freedom that always follows government handouts). The world’s governments — all of which rely on food affordability to keep populations relatively docile — will find themselves facing mass revolts and social chaos.

Unless some miraculous rain reverses the extreme drought, the city of Sao Paulo is about to experience a literal “dry run” of this scenario in as little as 60 days. The history of human civilization has never witnessed a city of 20 million people run out of water before, and no one knows exactly how such a scenario might play out. But whatever happens, a far worse rendition of the crisis will inevitably unfold across Las Vegas, Southern California, North Texas and the Arizona cities of Phoenix and Tucson. (In Tucson, they still wishfully call dry water channels “rivers” even though water almost never flows through them.)

Modern humans will not acknowledge reality until it slaps them hard in the face. Whether the subject is the chemical contamination of the world, the mass over-fishing of the world’s oceans, the pharmaceutical contamination of waterways, the using up of world oil reserves, the genetic pollution of crops with GMOs, the deep well pumping of water aquifers or the unsustainable government debt spending that props up fraudulent government regimes everywhere, few people have the will to honestly acknowledge the future implications of today’s actions. Most people prefer to just “get by” with the status quo. Besides, isn’t there a holiday sale going on at Best Buy?

It’s also more convenient to believe the lies told to us all by government and mass media. “Everything is under control” is the biggest lie of all, repeatedly uttered by governments that are almost universally bankrupt and incompetent. The really big lie almost everyone believes is the idea that no radical and sudden changes can ever happen — that things will continue on the way they’ve always been for the simple (illogical) reason that they’ve always been that way. Few people can imagine a world without fossil fuels; without a functioning power grid; without a 911 emergency responder system that functions; without cheap and easy food magically appearing on grocery stores shelves, etc.

And so the citizens of the world will greedily drink down the very last drop of water remaining. They will fill their fuel tanks with the last gallon of gas; clear-cut the last remaining forest; fish the oceans into mass marine extinction; mine the last remaining rare earth elements out of the ground; and dam up the last free-flowing river on the planet. The appetite of Earthlings for immediate satiation and quick-turnaround profits can only lead to self-destruction.

Have no illusions that if oxygen in the atmosphere could be turned into solid gold, people everywhere around the world would be incessantly mining the atmosphere for profit until the entire global population died of asphyxiation. With their very last breath, they’d be saying, “But I’m RICH!”

When Sao Paulo — the world’s 12th largest city — collides with reality in the next few months, it will be following in the footsteps of Easter Island, the Anasazi Indians, ancient Assyrians and other failed civilizations which collapsed and died out long ago.

If you are reading this, you are living in a time of great historical significance: You will be witness to the unfolding of the “era of collapse” across human civilization. This era has already begun, and although it may take a century to see it all unravel, future historians will view this era as a time of unbridled destruction of the planet at the hands of over-extended human societies grounded in self-delusion.

About the author: Mike Adams (aka the “Health Ranger“) is the founding editor of NaturalNews.com, the internet’s No. 1 natural health news website, now reaching 7 million unique readers a month.

In late 2013, Adams launched the Natural News Forensic Food Lab, where he conducts atomic spectroscopy research into food contaminants using high-end ICP-MS instrumentation. With this research, Adams has made numerous food safety breakthroughs such as revealing rice protein products imported from Asia to be contaminated with toxic heavy metals like lead, cadmium and tungsten. Adams was the first food science researcher to document high levels of tungsten in superfoods. He also discovered over 11 ppm lead in imported mangosteen powder, and led an industry-wide voluntary agreement to limit heavy metals in rice protein products to low levels by July 1, 2015.

In addition to his lab work, Adams is also the (non-paid) executive director of the non-profit Consumer Wellness Center (CWC), an organization that redirects 100% of its donations receipts to grant programs that teach children and women how to grow their own food or vastly improve their nutrition. Click here to see some of the CWC success stories.

With a background in science and software technology, Adams is the original founder of the email newsletter technology company known as Arial Software. Using his technical experience combined with his love for natural health, Adams developed and deployed the content management system currently driving NaturalNews.com. He also engineered the high-level statistical algorithms that power SCIENCE.naturalnews.com, a massive research resource now featuring over 10 million scientific studies.

Adams has also helped defend the rights of home gardeners and protect the medical freedom rights of parents. Adams is widely recognized to have made a remarkable global impact on issues like GMOs, vaccines, nutrition therapies, human consciousness.

In addition to his activism, Adams is an accomplished musician who has released ten popular songs covering a variety of activism topics.

Click here to read a more detailed bio on Mike Adams, the Health Ranger, at HealthRanger.com.