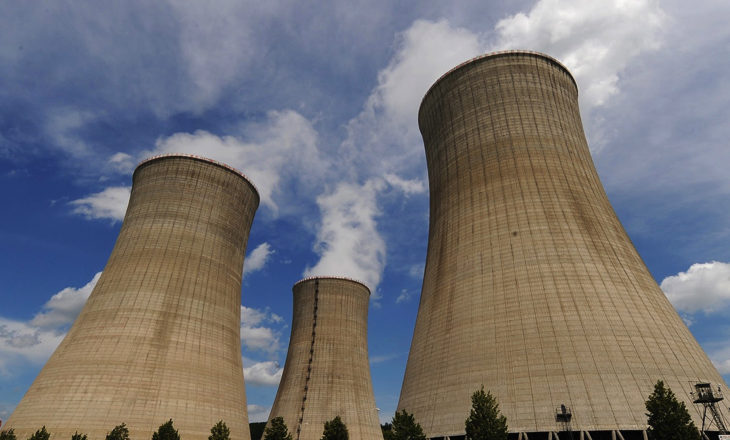 The American people have been distracted to keep them from hearing about the 3 nuclear disasters occurring on the East Coast.

The American people have been distracted to keep them from hearing about the 3 nuclear disasters occurring on the East Coast.

In the heat of this debate, Americans are not only divided on the issue but collectively distracted from bigger, more important issues, such as the fact that there are three nuclear disasters occurring throughout the nation that have been getting no media attention.

One major disaster that will soon come to head all started with a fire at the Bridgeton Landfill in Missouri that has been burning for five years. Despite this extremely long length of time, authorities say that this fire is nowhere close to being contained. What’s more is that St. Louis County officials have reported that they have an emergency plan in place because the fire is closing in on nuclear waste dump.

It’s been an entire year since the county first became concerned that the fire would reach the West Lake Landfill, which is home to piles of leftover nuclear waste from the Manhattan Project and the Cold War. Although the EPA has had control over the site since 1990, no significant effort has been made to clear the harmful waste.

The EPA announced last December that it planned on building a wall to prevent the fire from ever reaching the hazardous materials, but the project was supposed to take a year to complete and residents are furious at this slow-moving “effort” to stop a natural disaster. The project has not yet begun and was just barely finalized last week. 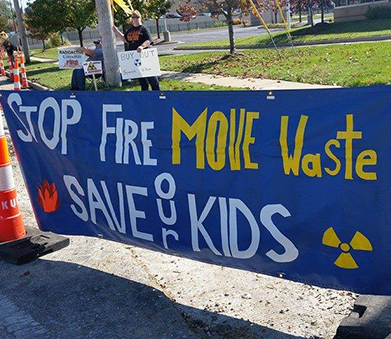 Additionally, there are two nuclear reactors in the U.S. that have reportedly been leaking for months.

One of the nuclear power plants in Turkey Point, which is in Florida, was found to have been leaking polluted water into Miami-Dade County’s Biscayne Bay. The pollution is affecting the bay’s surface waters and will likely have a damaging effect on the already-fragile ecosystem.

This pollution is also said to be affecting the drinking water, as huge saltwater plumes coming from the power plants have invaded the groundwater.

Laura Reynolds, an environmental consultant that is working towards filing a lawsuit against the Turkey Point power plants said,

“We now know exactly where the pollution is coming from, and we have a tracer that shows it’s in the national park. We are worried about the marine life there and the future of Biscayne Bay.”

Meanwhile, another nuclear reactor in New York has been leaking ever since Americans greeted the new year, when workers accidentally spilled contaminated water that contained the radioactive hydrogen isotope tritium. The spill caused a massive spike in radiation in the groundwater wells, and one well even saw an increase in radioactivity of about 65,000%. 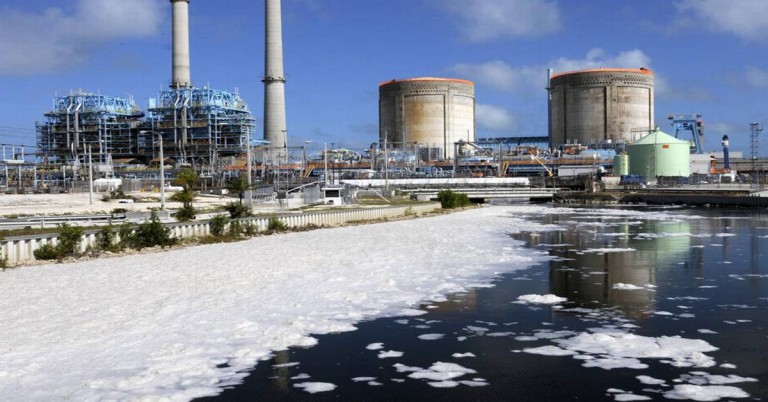 This is extremely concerning, but when you consider that this is the ninth reported spill in the last year, four of which were so severe that the plant had to be closed, it becomes clear that something needs to change. The residents living close to these leaks and fires are alarmed to say the least, but utility companies and government agencies (whose hands are in the pockets of the utility companies) have continued to downplay the damaging effects of exposure to radiation.

Some Americans have suspected that the passing of North Carolina’s “bathroom bill,” which prohibits transgender people from using the bathroom associated with the gender they identify with, has been a ploy to distract Americans from real issues and they may be right. While there are other important matters occurring daily throughout the world, these three nuclear disasters are being underreported on in an effort to keep the public from turning their attention to these dangerous problems.

Video: Americans Want Obama To Repeal The Bill Of Rights: “Let’s Do It, Let’s Get Behind It”