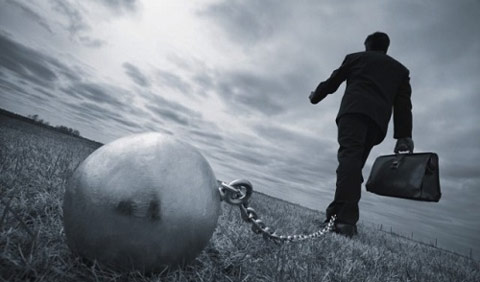 Self-made billionaire and founder of Sprott, Inc. and Sprott Asset Management, Eric Sprott, gave a dire warning about the state of the system that makes clear the globe is hinged on little more than a little Dutch boy with his finger in the dyke.

Obviously, with a crack in the dam, the flood can’t be held back forever.

In an audio interview with King World News that can be heard here, Eric Sprott made clear that the central banks are the only ones holding up the illusion.

“So who’s going to buy it? Who in their right mind would be buying bonds with a negative yield? It’s just so preposterous. And all of the sudden if the bond buyer is not there — we used to think it was so great that China would buy our bonds. They don’t buy our bonds (anymore). Russia used to buy our bonds — they (now) sell our bonds.

The only entities buying the bonds are the central banks. Well, you take the central bank out of it and there’s no bid. That’s why I use the phrase, ‘I hope we are not right one day,’ that all of the sudden it (the entire global financial system) just collapses. They (central banks) may just look in the cupboard and say, ‘It’s over. We’ve tried our best and it’s not working. We’ve got to stop buying these bonds because our (central bank) balance sheets are getting so torqued out.’

Quite simply, it is a game of musical chairs being played by the Federal Reserve and other central banks.

Not only is the market manipulated and ‘rigged,’ but it is a complete illusion.

And the music could stop at anytime:

“The greatest danger is that we are supporting a levered banking system and everything they own is paper (financial instruments). If all the sudden things get bad, everyone takes their money out of the bank. It’s the central banks who are fighting to keep the banking system alive, so of course they are going to give them a clean bill of health (on the bank stress tests). Heta went broke in Austria. It had a AAA rating, so it was well-rated in the latest stress tests. Three months later it’s broke. That’s what happens to levered financial institutions.

KWN’s Eric King said that it posed the “greatest danger in history” to the entire financial world. “People couldn’t imagine it would get worse than 2001 – 2003, and yet we had 2007 – 2009. This one that’s in front of us, I’m assuming it’s going to be the mother of all collapses,” King said.

The world is already stretched thin with numerous other crises.

If and when it happens, you can be sure that it won’t be pretty.