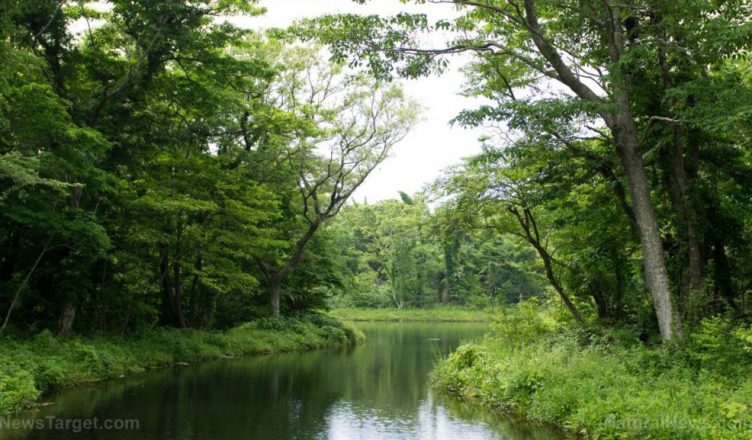 About a year ago, Bugout.news reported that the ultra-wealthy were becoming more and more “nervous” about geopolitical and domestic unrest, and as such had embarked on spending sprees to construct “luxury” bunkers, in case stuff goes to heck in a hand basket.

Whether it’s due to terrorism and a massive influx of anti-West migrants in Europe or race relations, rising debt and decreasing economic opportunity in the United States, these global elite sense massive unrest is coming and they plan to sequester themselves from the worst of it.

One company, Bugout.news reported, called Vivos was doing a great business selling underground structures for the “protection of high net worth individuals” in case some apocalyptic or catastrophic event occurred in which “millions will perish or worse yet, struggle to survive as victims.”

In addition to Vivos and companies like it selling emergency bunkers to the elite, other firms were refurbishing old American ICBM missile silos and transforming them into underground communities, complete with food and water, recreation, living quarters and other necessities to survive a possible calamity.

It appears that not much has changed since then. While tens of millions of Americans saw the election of Donald J. Trump as a calming, positive influence on the United States, millions of others saw it as the catalyst that will eventually trigger civil unrest and perhaps even war amongst various political groups and regions of the country. (RELATED: Prepper 101: How to find the perfect stash spot on your property)

As such, the uber-wealthy have not slowed in their purchases of super-security, very high-end, bug out shelters and locations, as reported by Business Insider:

A rising number of American billionaires are channeling their inner Bear Grylls — some in preparation for an apocalyptic event, be it a viral epidemic, nuclear war, or cataclysmic pole shift.

As the news site reported, the co-founder of LinkedIn, Reid Hoffman, an investor in his own right, told The New Yorker magazine earlier this year that he believes more than half of Silicon Valley’s billionaires had already acquired some form of “apocalypse insurance” in the form of an underground bunker or other accommodations.

Some facilities — like the converted missile silos — are also under heavy guard by very well trained security personnel.

In addition, Business Insider pointed out that mega-rich Americans are scooping up land in the nation’s midsection, where the climate is relatively mild and it is much easier to live like a survivalist, growing your own food and otherwise surviving off the land. These include states like North Dakota, New Mexico, Montana, Nebraska, Wyoming, Texas and Colorado, among others. Such states are “home to several fortified shelters and vacation homes where wealthy billionaires could happily live out their post-doomsday (or retirement) days,” Business Insider reported.

Many of these super-rich have private planes that are fully fueled, stocked and ready to leave on a moment’s notice. And many have lots of survival gear like weapons, generators, motorcycles and other amenities.

Here are some examples of uber-rich landholders:

— The No. 1 landowner, John Malone, a cable and communications magnate, holds 2.2 million acres, including major land holdings in Maine and New Hampshire (he says the land is an investment).

Clearly the super wealthy are hedging their bets that the world as we know it is destined for some major upheaval, and sooner rather than later.

Which begs the question: What have you done lately to become better prepared?

Wake Up, America: War Is Coming And The Global Financial Situation Is A Lot Worse Than You May Think