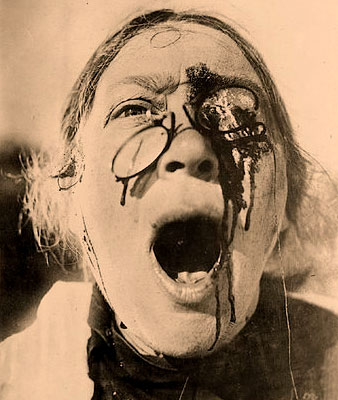 Many Wall Street bankers would do anything – literally anything – to make money.

That makes for a harsh reality when you consider that the fate of the entire economy of the United States and the world is in hands of just a few banks and other financial and corporate elites. Of course, the fallout of the 2008 financial crisis and the bailout for those that are “too big to fail” made that all too clear.

Now, another eerie example of how far the money changers would go to cash in has emerged, even if it meant fleecing the public, destroying jobs and small businesses or probably even selling out their own mother, for that matter.

Crain’s dubbed it Wall Street’s “quote of the year.” It has come to light amid $43.5 million in new fines imposed by the Financial Industry Regulatory Authority on ten banks for their role in a failed IPO deal for Toys “R” Us (TRU).

It seems an analyst for Needham & Co., an investment and asset management firm, emailed his colleague about how “shameless” the positioning and negotiations for the IPO really were – before admitting that he’d do the same, and much, much more himself to land the deal:

When a rival firm announced in early May 2010 that it was initiating research coverage of toy manufacturers and the toy industry, the Needham analyst sent an email to a colleague stating the firm’s initiation of coverage was “[s]hameless positioning to get a certain upcoming toy IPO,” and that he “would do it too. I would crawl on broken glass dragging my exposed junk to get this deal.”

And that’s just one man on a deal that didn’t even go through.

It underscores the mindset of Wall Street bankers, the desperation, the skewed values, the depravity that is seemingly system-wide, and a sure sign that the economic scales of justice are never going to even out on their own. It’s absolutely no surprise these people would bend the rules to insert some legal-financial bias into the process of getting paid.

But dragging your own junk over broken glass! Really?

The investigation found that the banks involved violated ethics rules concerning the involvement of researchers in initial public offering deals. Bloomberg News’ Matt Levine summed it up like this:

• KKR and friends were like, “Hey if you want to do an IPO for us you’ll have to break some research rules.”
• All the banks were like, “Cool yeah let’s do that.”

KKR refers to Kohlberg, Kravis and Roberts, the corporate raiders represented annually at Bilderberg, who own Toys “R” Us in partnership with Bain Capital, infamously tied to Mitt Romney, and Vornado, the commercial real estate giant. These are the firms holding the real strings in the Toys deal.

Needham, the firm exposed via email in this case, is the smallest of the banks involved in this scandal. It comes in at #44 on a list of big banks. Most of the biggest banks were also fined in this case, including: Barclays, Citigroup, Credit Suisse, Goldman Sachs, JPMorgan, Deutsche Bank, Merrill Lynch (Bank of America), Morgan Stanley and Wells Fargo.

But that’s perhaps to be expected at this point.

It is clear that these are systematic issues of a lack of ethics. Profit and power motives above conscience, without fail. Levine agrees:

It is hard to come away from these settlements with the impression that this was an isolated case. It was 10 banks! And two big private equity sponsors! If it happened here, it happened elsewhere. Presumably the banks were tripped up by the nakedness (sorry!) of the cynicism here: that awful Needham e-mail, which really reads like something out of 1999, or the sponsors’ explicit nobody-here-but-us-non-lawyers instructions to the Deutsche analyst. But this doesn’t read like an anomaly; it reads like an extreme case of what happens all the time.

That’s right, the average banker or Wall Street power broker would probably not only crawl naked over broken glass, but might consider backing over granny on that broken glass, then running over the neighbor’s puppy with a car to get there, too!

Yes folks, the game is rigged, and that’s not even the tip of the iceberg.

Remember, these are just the analysts for the banks that we are all slaves to. The depravity put on display by this low level analyst is small potatoes compared to what the banks would do to keep their power and bid for world dominance.

Citibank was just in the news announcing some $3.5 billion in additional fees for the 4th quarter to cover “repositioning expenses,” which Zero Hedge argues is better understood as expenses to keep their employees out of jail.

If You Listen Carefully, The Bankers Are Actually Telling Us What Is Going To Happen Next