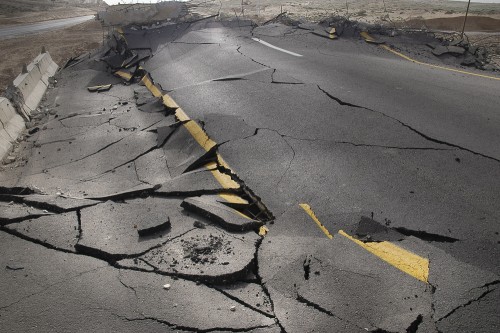 For the past two weeks, our planet has been hit by literally dozens of earthquakes of magnitude 4.0 or greater,and one prominent seismologist has declared that “catastrophic mega earthquakes” could be on the way.The risk of an ‘mega-quake’ hitting California has just got even higher.

The following comes from the Express…

Scientists say there has been an above average number of significant earthquakes across south Asia and the Pacific since the start of the year.

The increased frequency has sparked fears of a repeat of the Nepal quake of 2015, when 8,000 people died, or even worse.

Roger Bilham, seismologist of University of Colorado, said: “The current conditions might trigger at least four earthquakes greater than 8.0 in magnitude.

“And if they delay, the strain accumulated during the centuries provokes more catastrophic mega earthquakes.”

A single magnitude 8.0 earthquake in a populated area would be a disaster of historic proportions. 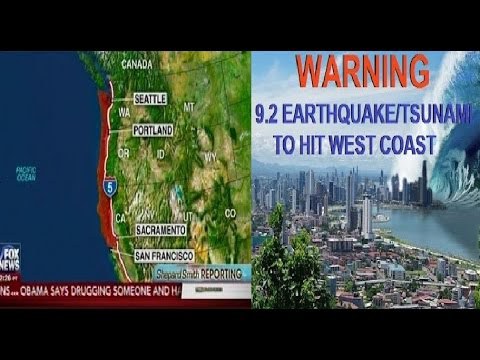 It is important to keep in mind that a magnitude 8.0 earthquake would be many, many times larger than the twin earthquakes that hit Japan earlier today…

A devastating 6.4-magnitude earthquake has struck Japan hours after a first which killed at least three and injured 19 others.

The quakes, which struck the south-western island of Kyushu, leveled more than a dozen homes, sparked fires and trapped several people under collapsed buildings.

Even a single magnitude 8.0 earthquake in a major city in Japan, China or the United States would cause global markets to crash and would mean billions of dollars in economic damage.(source)

That could mean in areas such as Los Angeles an earthquake from one thrust fault could spread to another fault, creating twice as much devastation.One potential bad scenario involves a single earthquake spreading between the Puente Hills thrust fault, which runs under downtown Los Angeles, and the Sierra Madre thrust fault, located close to Pasadena, said Gareth Funning.Funning is an associate professor of earth sciences at UC Riverside, and a co-author of a paper published online today in the journal Nature Geoscience.(source) 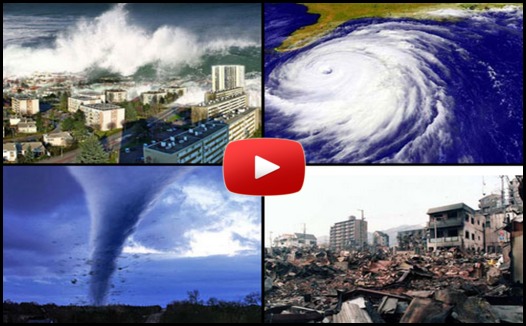 I want to show you a map which comes directly from the U.S. Geological Survey.  This map shows all of the earthquakes of magnitude 2.5 or greater that have hit Japan’s southern island over the past week.  As you look at this map, do you see a pattern?… 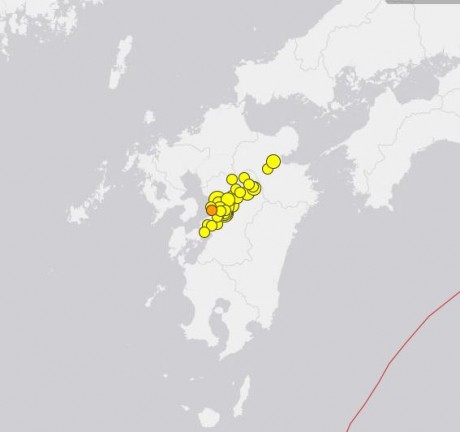 The dozens of earthquakes that have hit Japan’s southern island over the past week appear to form something of a straight line that divides the island in two.  Many are now speculating that geological forces are beginning to tear Kyushu in half, and if that is true, the earthquake activity that we have seen in Japan so far is probably just the tip of the iceberg.

We could potentially be talking about an event that could ultimately have far more of an impact on Japan than the tsunami of 2011.  By the time it is all said and done, entire cities could be wiped off the map and millions upon millions of Japanese citizens could be displaced.(source)

If you live in the Pacific Northwest, you have probably already heard of the Cascadia Subduction Zone.This subduction zone is capable of producing far more powerful earthquakes than the much more famous San Andreas fault in southern California, and scientists tell us that it is only a matter of time before another continent-killing earthquake hits this area.  And when it does hit, it will be far worse than any other natural disaster that the United States has ever seen up to this point.

Since we have not experienced such an earthquake in any of our lifetimes, it is easy to assume that one will never happen.(source)

One thought on “BREAKING NEWS: Catastrophic Mega Earthquakes’ Are Coming!”