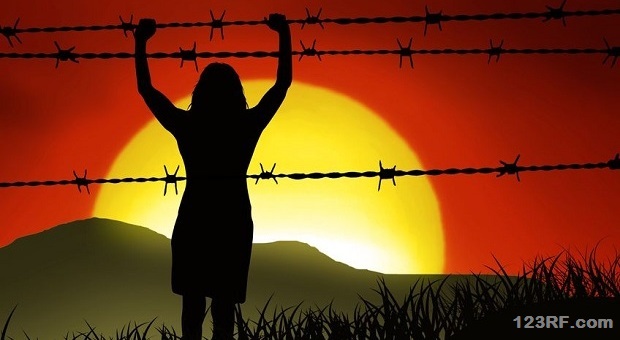 The topic of bugging out is fairly common in the preparedness community. Even before clicking on articles about bugging out you already know you’re going to be reading about having a backpack and using it to escape danger.

You will see pictures of various pieces of gear, tents, sleeping bags, knives and water filters. There will be an explanation of what gun is best for bugging out depending on if you are planning to forage for food or if you are more likely to need weapons for defense. If the author has some military experience he may end up explaining how to set up a combat load bearing vest and which gun is more adequate. He may be sure of his opinion “because it worked for him in the filed”.

The simple truth is that millions around the world have found themselves “bugging out” for various reasons and practically none of them ended up doing what you read in these articles. Guess they did it the wrong way. These people are known as refugees, and the idea of being forced to leave your home looking for safety isn’t that new a concept.

While articles about “bugging out” show a laundry list of backpacking equipment that would break a mule’s back, refugees rarely carry that much equipment unless they have a vehicle or cart to pull.

The reason for this is that weight slows a person down and when wounded or when forced to walk very long distances weight becomes an issue even for fit people.

The second reason is that when disaster strikes without warning, people are usually left with the clothes on their backs and little else. Only if you have some warning will you be able to load up a vehicle before escaping.

The same is true when it comes to bugging out abroad and traveling by plane to a completely different country. When I bugged out of Argentina I didn’t bring any tents, I didn’t have a single sleeping bag or cooking stove with me. In fact, I remember quite vividly the ride to the airport. We were leaving our entirely lives behind including most of our material belongings. As I sat in the car I touched through my pants feeling the contents of my pockets. Plane tickets, passports, wallet and a big fat wad of cash. That’s the only thing that mattered to me in terms of physical belongings and I wasn’t going away for a week or two, I was leaving for good. So much for those massive “INCH” bags (I’m never coming home bag).

When it comes down to it, refugees or people leaving a life behind like I did are not thinking of going camping, trapping, living off the land, building shelters in the woods or engaging in gunfights with marauders.  When bugging out for real it comes down to just three things:

Having a Safe Place to Go 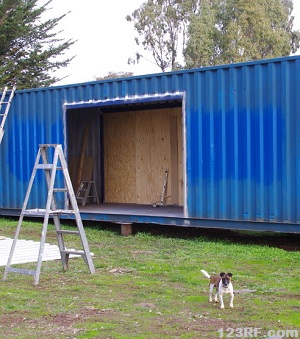 Also known as Bug Out Location (BOL), this seems obvious enough but not everyone has a clear idea of what a BOL really is.

In general you see people talking about a BOL as a homestead or cabin away from the city, where like-minded people will make a last stand should the worst ever happen.

The idea of constantly engaging in combat against overwhelming odds is very unrealistic and in cases where violence and anarchy does spread across an entire nation leaving yourself with nowhere to run is a good way of getting killed, fast.

The reality of a bug out location is far less dramatic. On a more straight forward scenario you simply lose your home due to fire, foreclosure or flood and a BOL is an alternative dwelling where you can live in until you either move back to your home or make other living arrangements.

Ideally, you would be able to stay in the BOL for an extended period of time if needed. Possible BOL are second homes, cabins or other properties. It may also be the house of a family member or good friend. In some cases people plan to take a caravan or travel trailer with them and this can be a solution. Still, plans should be made in case the travel trailer is inaccessible or destroyed during the disaster.

Given the wide variety of possible disasters it is clear that just one BOL is not enough. If a disaster affects only your house or reduced area then living quarters nearby will be most adequate but for large scale disasters you may need to move to another neighborhood, another State, maybe even another country.

Having various possible BOL depending on the magnitude of the disaster will work towards having a comprehensive bug out plan. A travel trailer would allow you to move to various potential locations but you still need a place where to stay and it should not be your only alternative. By now it becomes clearer that just picking a backpack and heading to the nearest park isn’t much of a plan so as to deal with real disasters. When it comes to networking for potential BOL, don’t assume anything and do have the actual conversation so as to know if you can count with someone or not.

Leaving some supplies in these locations makes a lot of sense as well. A set of clothes that actually fits, some food, a laptop and cellphone and a USB with copies of your important files among other supplies would make things easier in case you arrive there with nothing but the clothes on your back.

Having Means of Getting There 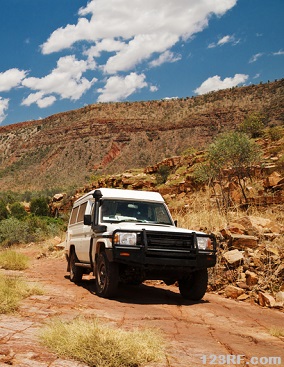 Now that we know where we are going given the disaster we are facing, we need to find a way to get there.

Depending on the magnitude of the disaster, for most people it will simply be a matter of getting into a car and driving to the BOL.

This is the quickest and most reasonable way of getting from point A to point B for short and medium range distances, but what if a vehicle is not available?

Here is where the Bug Out Bag (BOB) comes into play. When planning for potential Bug Out Locations, it is logical to have at least one close to home. In case you lose your home to a localized disaster that affects a small area or even your home alone, being close to where you normally live makes sense. You will be closer to work, schools and the surroundings you are familiar with making it easier to get back on your feet.

Having to move to another State if your house suffers fire damage “because that’s where your BOL is” isn’t really practical. You should be able to walk to your closest BOL in 48hs. or less.  Because of this reason, a Bug Out Bag shouldn’t be a massive backpack intended to hike across Alaska for two months, but a light kit which allows you to walk fast and get to your destination as quickly as possible.

More important than the actual BOB would be your Documents Bag or Very Important Papers Bag (VIP bag), a small satchel with your ID, passports, birth certificates and a USB drive with copies of all your important documents and files. In this small bag you will keep any emergency cash you have as well. This bag will be kept secured in a fire-proof safe. If there’s no time to grab anything else, getting your VIP bag should be the one thing you should do besides getting yourself and your loved ones out of there.

For BOL further away (BOL in another Sate, another country) further planning is required. You will need a vehicle and enough fuel to get there. In case these are not available you need a contingency plan so as to get there using alternative transportation methods. Walking out of your country isn’t much of a plan. It would be a last resort measure but many have found themselves in that same situation and if it ever comes to that few things will be as valuable to you as a passport to the foreign country you’re heading to and a good amount of cash to travel and start over.

When it comes to quickly leaving a country, the fastest way is doing so by plane. Plane tickets aren’t exactly cheap (again, the importance of having savings), you will need money to start over elsewhere and what is key to bugging out abroad, you have to do it at the right time before travel restrictions are enforced, which brings us to the last point.

Have the Right Timing

When things get really bad, timing is the most important aspect of bugging out and escaping danger, may that be evacuating because of an approaching storm or tsunami or leaving a country because of war or an authoritarian regime.

When I left Argentina I did so right after the reelection of Cristina Kirchner. I figured that right after winning a second term, all those unpopular measures that had been floating around for some time would be enforced. Not a week after the reelection new measures restricting the purchase of foreign currency where created, making it harder for anyone to leave and do so with their savings intact. During war, religious, political or ethnic persecution the same thing may happen and its not always easy to tell exactly when the final drop is about to fall. A minute too late may make all the difference in the world and leave you caught on the wrong side of the border.

Your traveling arrangements may not be very good and landing in another country with no resourced would be far from ideal, but escaping at the right time, doing so before its too late, that’s the thing that ends up making all the difference in the world.

At the end of the day we all want to live in good, safe places where we can enjoy a good quality of life. Both for bugging out and for deciding where to live selecting the right location will greatly affect your quality of life and how well prepared you are so as to deal with disasters.

You want to look for safe, affordable places to live in, with good infrastructure and healthcare, a solid economy, plenty of employment and little poverty. When possible you should avoid locations prone to disasters as well as very large population centers.

Selecting the right place to live in and having a good idea of where to go to should you ever have to bug out abroad will mean that you will enjoy life to the fullest if nothing ever happens and should you face large scale disasters you will be a step ahead of the crowd.

This article has been written for Survivopedia.com by Fernando “FerFAL” Aguirre from The Modern Survivalist.

Fernando Is the owner and editor of The Modern Survivalist website. He’s the author of the best-selling survival manual “The Modern Survival Manual: Surviving the Economic Collapse” based on his first-hand experience of the 2001 Argentine economic collapse and “Bugging out And Relocating” his second book based on his experience in bugging out of a Argentina and relocating abroad.

How to Prepare for American Armageddon

One thought on “Bugging Out: Three Things That Can Save Your Live”