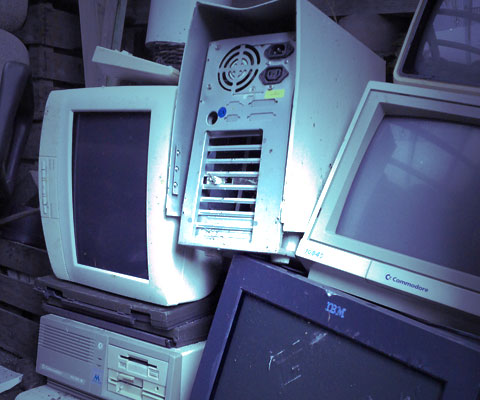 The net effect of technology is a mixed bag, with one major side effect:

An entire generation of youth have become inept, largely helpless and dependent upon gadgets and devices that ‘just work’ with no knowledge of how they work. And most have no clue whatsoever about what to do if these high tech things break – or God forbid, if things go “dark” in society.

While the tech revolution of the past few decades has put the tools of innovation in everyone’s reach, many simply aren’t reaching at all for answers. They are waiting to be spoonfed new toys and electronics.

That pretty much makes the future bleak, at least in general outlook.

That’s the general take away presented by Professor Danielle George, who specializes in Radio Frequency Engineering at the University of Manchester in the UK. The Telegraph reported on her warnings:

under 40s expect everything to ‘just work’ and have no idea what to do when things go wrong.

Unlike previous generations who would ‘make do and mend’ now young people will just chuck out their faulty appliances and buy new ones.

“We’ve got a lost generation that has grown up with factory electronics that just work all of the time.

And much more is going to waste than just electronic gadgets… it is basically everything.

A University of Missouri study published in 2014 found that sewing, too, was going out the window, and tons of textile waste along with it:

In 2012, Americans created more than 14.3 million tons of textile waste. Much of this waste is due to clothes being discarded due to minor tears or stains–easily repairable damages if the owners have the skills and knowledge to fix them.

The National Defense Resources Council highlighted how some 40% of food is wasted by consumers and dumped in landfills:

Getting food from the farm to our fork eats up 10 percent of the total U.S. energy budget, uses 50 percent of U.S. land, and swallows 80 percent of all freshwater consumed in the United States. Yet, 40 percent of food in the United States today goes uneaten. This not only means that Americans are throwing out the equivalent of $165 billion each year, but also that the uneaten food ends up rotting in landfills as the single largest component of U.S. municipal solid waste… Reducing food losses by just 15 percent would be enough food to feed more than 25 million Americans every year at a time when one in six Americans lack a secure supply of food to their tables.

We are at a time when most everyone is texting, talking, Twittering and Facebooking constantly with little relevant knowledge about the real world around them.

It goes along with the decline of manufacturing and engineering jobs, American-made goods and an overall loss of skills in a generation oriented towards the services industry and the information age. There has also been a crippling blow to our standards for education, news media and the informed voter, despite more time and money being thrown at all of it.

But it isn’t all doom and gloom. This professor set out to inspire a fresh take on how to repair and repurpose old electronics to inspire new crafts, devices and ways of putting things to work in the post-everything world.

I want young people to realise that that they have the power to change the world right from their bedroom, kitchen table or garden shed.

“Today’s generation of young people are in a truly unique position. The technology we use and depend on every day is expanding and developing at a phenomenal rate and so our society has never been more equipped to be creative and innovative.

Professor George is among those encouraging and sharing so-called “home hacks” – ideas to reconfigure and invent, typically using just a bit of basic knowledge of electronics:

“But there is now a big maker community who are thinking hard about what we do with all of these gadgets. They are remaking and repurposing things.

During the lectures she will also demonstrate how to send wireless messages using a barbeque, control a firework display with a laptop, use a torch to browse the internet, turn a smartphone into a microscope, how to turn a washing machine into a wind turbine, and how Lego can solve a Rubik’s Cube.

Hundreds of websites have emerged in the last few years where users post ideas about home hacks and electronics.

This mentality mirrors the few and the proud who have taken on prepping as a lifestyle… by first recognizing that – at so many different levels – this system is designed to fail and won’t last, and second, by taking steps to prepare for the worst, store supplies, create contingencies and build alternative and makeshift devices to survive and even thrive.

Learning to repurpose and reuse things that are broken, tossed out, or not normally used that way is essential to the survival mentality – at an individual and societal level.

Now for a shortwave radio. Most preppers will tell you to buy a good, name brand model. I agree with them but I also know that it is not realistic in the beginning. Instead, I will suggest an unorthodox approach that will let you hear strong international stations for less than $20. Go to E-Bay and find a Kchibo KK-9803 10 band world receiver. Yes, it’s cheap and Chinese but it does actually work. Now, go to Wal Mart (or any other store, for that matter) and buy a metal Slinky. While you are there, get a piece of wire and two alligator clips in the automotive section. Next up, buy a tin of Danish butter cookies (and eat them!). What do you have? Well, you have a Slinky monopole antenna, a receiver that can pull in strong stations like BBC World Service, China Radio International or Voice of Russia and a Faraday cage. To put it all together, stretch the Slinky out as far as it will go while still returning to it’s original shape. This can be done inside a house or in a tree if you have to. Next, attach the wire to the alligator clips and then use the clips to attach one end to an end of the Slinky and the other to the top of the antenna of the radio. Now, you have the ability to hear news reports in English from around the globe. When you are done, wrap the radio in a rag or old tee shirt and place it in the cookie tin. It is now (somewhat) insulated from an EMP. My cookie tin also includes a solar batter charger I got from Harbor Freight and some rechargeable batteries, but that setup was another $15-20. Usually I just run it off of some batteries I got from IKEA for $1.99 a 10 pack.

There is an endless list of skills that are on the verge of being lost to the younger generations that are of direct importance to any prepper making the best of what is on hand or can be found and obtained, particularly in a crisis.

And the food waste? Learn to make do, as with other basic skills we need to reclaim.

Rather than waste all that food, put it to good use. Prepper Daisy Luther explains her perspective on the art of “repurposing leftovers.” From scraps, to soup, puree, casseroles, pie and more, there is much that can be done with seemingly unwanted or useless food waste.

If you can serve your family one “freebie” meal per week that results in a savings, for a family of 4, of about $10 – $520 over the course of a year. It doesn’t sound like much until you add it up, does it?