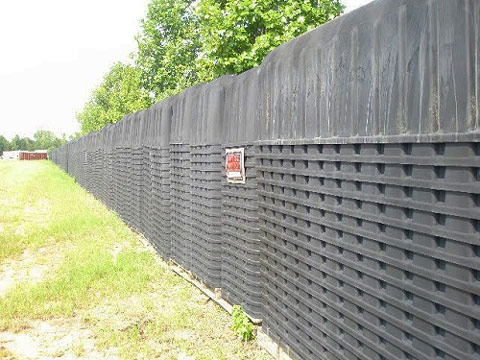 I remember years back when I was still writing for my original website, Neithercorp.us, we came across a then little known video of air tight “coffin liners”, hundreds of thousands, stacked in a field in the middle of Madison, Georgia in close proximity to Atlanta and the home of the CDC. We helped break that story which immediately swept through independent media circles. Owners of the property leased to store the hermetically sealing plastic coffins stated that it was the CDC that had rented the land for storage of the coffins. Confirmation from the CDC has not been forthcoming.

I have been keeping my eyes open for any mention of these kinds of coffins since that story was released, knowing that one day, they would suddenly be touted by the government as if they had always been in use. It appears that day is close at hand…

In a story for Yahoo News, the CDC says that in the event of an Ebola outbreak in the U.S., bodies of the deceased would be required to be buried within “hermetically sealed caskets”, which would prevent the escape of microbes during funerals. An administrator of the Dallas Institute Of Funeral Service interviewed in the article states that he has never come across any such caskets in his industry, meaning, hermetically sealed coffins are NOT common in the slightest for burial. The CDC coffins in Madison, Georgia, though, ARE designed to prevent spread of infection. In fact, the patent for these coffins confirms that they are meant for the burial or cremation of bodies exposed to infectious diseases. You can read the patent here:

This would suggest that the CDC has stockpiled such coffins in places like Madison, Georgia specifically in preparation for a viral outbreak. Meaning, the CDC has been expecting the deaths of hundreds of thousands of Americans due to infection for at least the past six years. That is a LONG period of preparation. Such preparation requires certainty, not hypothesis, especially were the federal government is involved. Our government was so certain of a viral catastrophe they purchased fields full of sealing coffins to be ready for it; not to prevent it, but to have the means to clean up after it. Let that thought settle for a moment, and then read my latest article, ‘An Ebola Outbreak Would Be Advantageous For Globalists’, to understand the bigger picture…

Alt-Market is an organization designed to help you find like-minded activists and preppers in your local area so that you can network and construct communities for mutual aid and defense. Join Alt-Market.com today and learn what it means to step away from the system and build something better.

To contribute to the growth of the Safe Haven Project, and to help us help others in relocating, or to support the creation of barter networks across the country, visit our donate page here.