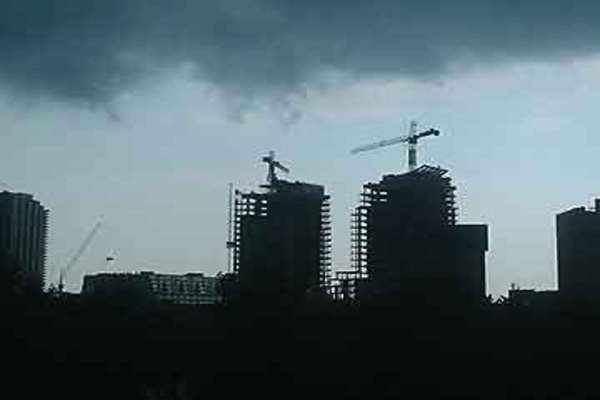 It’s not always an easy thing to get people concerned about threats like an EMP (electro-magnetic pulse) or other WMD (weapon of mass destruction) attack on American soil — but if you’re able to, some of you may be able to make preparations for reconnecting with family and friends using a series of two way radios.

Doesn’t an EMP fry communications equipment, like two-way radios? The answer is yes, it does. But there’s a way to protect small electronic devices from the effects of an EMP — that is to build a simple “Faraday Cage”. (For specifics on building a “Faraday Cage”, see our previous article on EMP).

How to Re-Connect with Loved Ones After an EMP

A common fear following an EMP is that most people are likely to lose contact with friends and family living in distant areas. While there may be no way to re-connect with people living in distant states, there may be a way to stay in contact with family and friends who live within 70 – 100 miles.It will involve purchasing a small number of two-way radios with maximum range, directional antennaes, and also materials for building homemade antennaes.

Each two-way radio and antennae parts must be stored in a “Faraday Cage” to protect from the effects of an EMP.

Finally, each person you hope to connect with (within 70 – 100 miles) must be on the same page as one another.

First, you’ll start by choosing specific frequencies (channels) and specific times of the day for communications between each other — perhaps a time of the day other people are least likely to be on a two way radio, such as the 3am or 4am hour when most people may be sleeping.

Following a disaster there could end up being quite a few people using two-way and Ham radios. It’s hard to know just how many people in each state are preparing for a widespread disaster like an EMP, but it’s possible that more people than we realize are preparing nowadays.

Which means the possibility exists for a lot of two way and CB radio interference in the days and weeks following an EMP.

A good two-way radio (like this Midland 36 mile two way radio) might have a range of 20 – 40 miles — depending on the terrain; in some places the range may be less distance and in some other areas it may be more. Obstacles, buildings, mountains, hillsides can hamper transmission signals (or help, if you climb up to the top of a hill, building, or tree to maximize range).

How To Increase the Range of Two-Way Radios

That person who is the most central (City B) could become a communications hub between family members with their two-way radio — able to talk via the two way radio with the person in City A and then relay information to the person in City C, and vice versa.

Each person can take this a step further by installing large antennae (disconnected from all wiring and packed in a “Faraday Cage” to protect from an EMP well before any EMP attack). After an EMP attack each person could then retrieve their two way radios and external antennae from their Faraday Cage, then wire their two way radios to their external antennae to increase the range of each two way radio. See: How to Make A Two-Way Radio AntennaSo goes the theory anyway — talk to experts and sellers in the two way radio field (today I’m just writing an article, not a book) for the best advice; it’s very possible that an extensive “do it yourself” antennae can be built with relative ease. If society collapses following an EMP and everything shuts down, you’re going to have tons of wiring all around you to go to work with. (It’s said an EMP will destroy electrical conductors — points at the ends of wires — rather than the wires themselves.) Wires you find should still be good.

In the weeks and months following an EMP, many businesses will probably be closed down and several industrial shops clearly abandoned; these could be great destinations to scavenge materials, such as wiring (just pull wire out of the walls) as well as local stores and other commercial buildings. The fact is there is a smorgasboard of copper wire of different lengths and thickness (as well as aluminum and even steel) and also coaxial wire — who knows what else you’ll be able to come up with in your search for parts you can experiment with.

Related : Should you get a Ham Radio License or Hide from the Government?

** For the purposes of an antennae, use one kind of wire (copper, aluminum, or steel) rather than pairing multiple types together (which can interfere in signal transmission).

** As much as possible, disguise your antennae usage — there may be some unsavory people in your area whom it would be better for you that they didn’t know that you have working communications equipment. Use plants, trees, debris, even cardboard and garbage to build a “screen” of sorts — blocking your antennae from view.

Consider a Directional Antennae for Your Two Way Radio

When you’re unsure of another person’s location, this can be a painstaking, patient task if you and others have not set up specific times for communications.

That’s why you and anyone else you’re hoping to communicate with should have watches for telling time in any Faraday Cage as well as a schedule in advance for communication times, if possible (choose watches with an hour / minute hand — this way you can use your watch to help plot direction). See: How to Find True North Without a Compass

Using those two-way radios is going to drain batteries. Once those batteries are dead you better have back up batteries. At the same time, be sure to also have a solar battery charger — this (depending on available sunlight) can be a great way to keep batteries charged.

While they can definitely listen in to your two-way radio transmission, it’s said here, Can you trace a two-way radio?, that it’s hard to track the location of two-way radio transmissions — but it can be done.For example, using a directional antennae, a hostile force could determine what direction you’re transmitting from (but they won’t know at what distance). Using the “triangulation method” (see link directly above) they can attempt to pin point your broadcast. It goes to say that the longer you broadcast and from the same location, you give possible hostile forces the ability in time to find you, based on your transmissions.

With hostile forces in the area, you may want to keep communications via two-way radios brief and as little as possible.

Prepping Family and Friends for an EMP

If you’re going to take the time to “prep” family and friends to have two-way radios protected by a Faraday Cage (might make a great Christmas gift or just might freak out others not on the same page as you), come up with a code language, a lot like what is used by different people during times of war; that way if any hostile forces eavesdrop on your communications, they won’t understand what’s being said (not if you have a hard-to crack code language, that is). Get that code language written down on paper and stored safely with each two way radio, Faraday Cage, and directional antennae. That way each of you will have a “key” and know what’s being said by the other person.

Part of your code language can include disinformation. In military terms, disinformation means to let things that are false be overheard in an effort to throw people off what you’re really doing. You can tell “Jane” at the other location that you’ll meet by the “bus barn”, the one “west” of Circle K. You’ve “got some supplies to trade, you know they’re hungry over there.”To anyone eavesdropping, who doesn’t realize you’re using code words, they may now set up an ambush for you, preparing to strip you of any supplies you might have on hand — but that ambush will be in the wrong place.

If you’re using code words, and in a way that it’s not obvious you’re speaking in code, you can completely throw off any eavesdroppers, providing them with “disinformation”, sending listeners on a wild goose chase.

Related : Smart Technology Will Mean Nothing After an EMP Event

Preparing for an EMP: Supplies

** Keep in mind: Two way radios come with built in antennae (you don’t have to buy a directional antennae to make these work). The idea of adding an external antennae is to help increase transmission range and signal quality over longer distances.
Read more at http://www.secretsofsurvival.com/survival/communications-after-emp.html#WpLvy2ZdWyBhyfOc.99