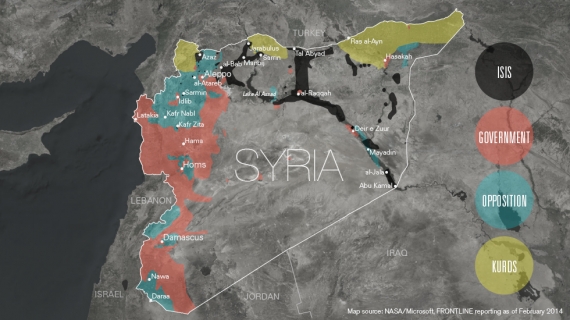 NATO officials are now confirming what SuperStation95 first reported FIVE DAYS AGO — in the latest escalation involving Syria, the Russian aircraft carrier Kuznetsov was now sailing past Norway on its way to Syria, where it is expected to arrive in just under 2 weeks.  As part of the carrier naval group, Russia also deployed an escort of seven other Russian ships, which we dubbed the “most powerful Russian naval task force to sail in northern Europe since 2014” according to Russia’s Nezavisimaya Gazeta daily reports. 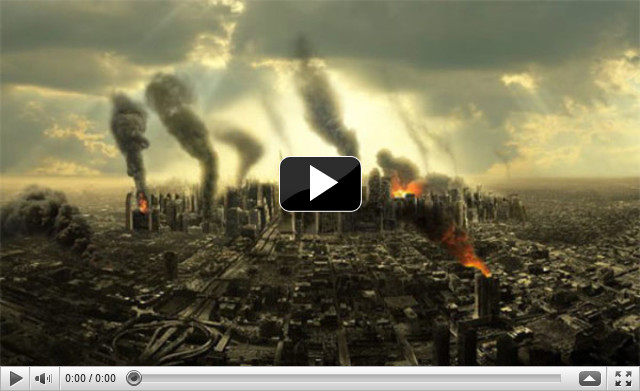 It turns out it was more than this and as Reuters reported second ago, citing a NATO diplomat, Russia is in fact deploying the largest naval force since end of Cold War to reinforce its Syria campaign.

We want to remind readers what the east Mediterranean looked like in the summer of 2013, when the first escalation between Russia and the US converted the sea off the Syrian coastline into a parking lot for warships. 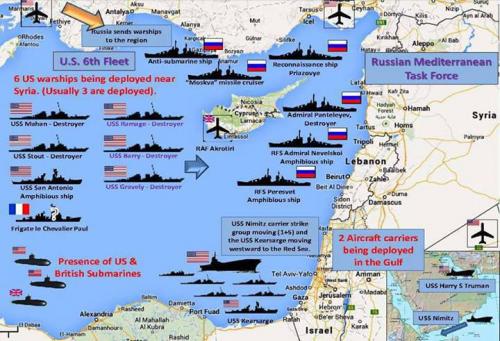 In two weeks, it is about to get much busier.

According to a report by the Norwegian military which released pictures taken by surveillance aircraft, we know that the Kuznetsov accompanied by a fleet of Russian warships, is currently on its way to Syria and is sailing in international waters off the coast of Norway near Trondheim. Photos of the vessels, which include the aircraft carrier Admiral Kuznetsov and the Pyotr Velikiy battle cruiser, were taken near Andoya island, in northern Norway on Monday. 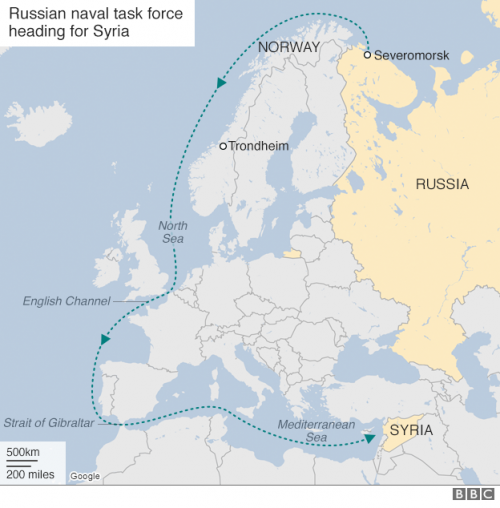 As reported by Reuters , a spokesman for the Norwegian military intelligence service said the country’s armed forces frequently release such footage, while newspaper VG quoted General Morten Haga Lunde, head of the service, as saying the eight ships involved “will probably play a role in the deciding battle for Aleppo”. According to Russia’s TASS state news agency, the aircraft carrier would carry 15 Su-33 and MIG-29K jet fighters and over 10 Ka-52K, Ka-27 and ??-31 helicopters. 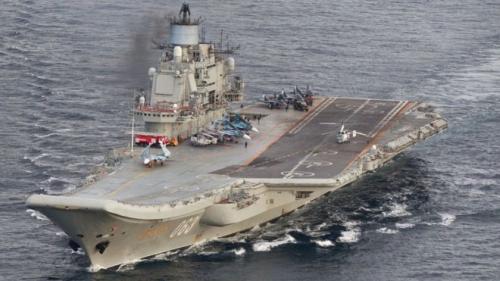 The naval group which includes the carrier and its escort of seven other Russian ships, is the most powerful Russian naval task force to sail in northern Europe since 2014, Russia’s Nezavisimaya Gazeta daily reports. The carrier can carry more than 50 aircraft and its weapons systems include Granit anti-ship cruise missiles.

Next in the flotilla, in terms of firepower, is the Russian nuclear-powered battle cruiser Peter the Great. 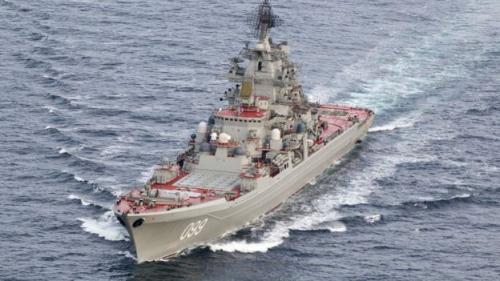 The Kirov-class cruiser Peter the Great escorts the carrier

The other Russian surface ships in the group are: two large anti-submarine warships – the Severomorsk and Vice-Admiral Kulakov – and four support vessels. 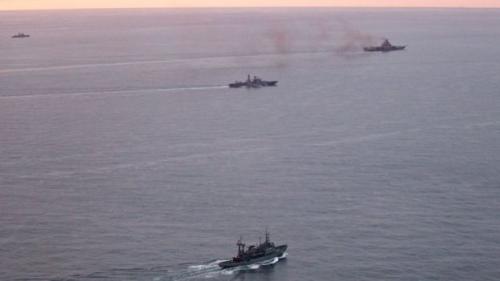 These vessels will be “on-station” in two weeks.  Therefore, if the US and NATO are going to make any kind of move against Syria, they will likely HAVE to do it before Russian naval reinforcements arrive, if they are to have any hope at all of UNLAWFULLY overthrowing President Bashar Assad of Syria.

Here’s the rub: The US is bound and determined to oust President Assad, to clear the way for a natural gas pipeline from QATAR, to supply natural gas to Europe.  The US and NATO want this pipeline because Europe is so reliant upon Russia for natural gas.  That gives the Russians power and influence over Europe which the US and Europe don’t like. 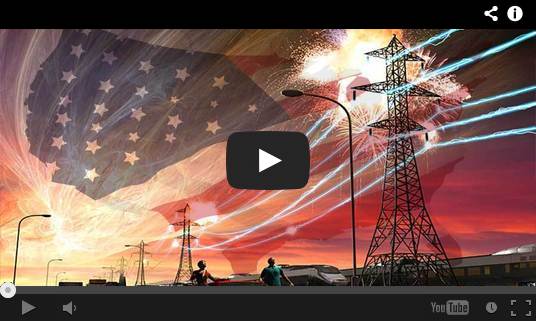 So when QATAR first proposed this new pipeline in the year 2011, and Syrian President Assad said “NO,” that’s when all this nonsense about him being a ruthless dictator started flowing.  That’s when “freedom fighters” (from Saudi Arabia, Qatar, Bahrain and the rest of those Sunni Muslim countries) started “arriving” in Syria to “help” the Syrian people . . . . half a million of whom are now DEAD thanks to that “help.”

So the lines are drawn.  Will the US and NATO attack Syria or its President and start a war?  We will all know within two weeks.

Russia Warns U.S. – Assist with Syria Cease-Fire Violators or Russia Will Do So Alone