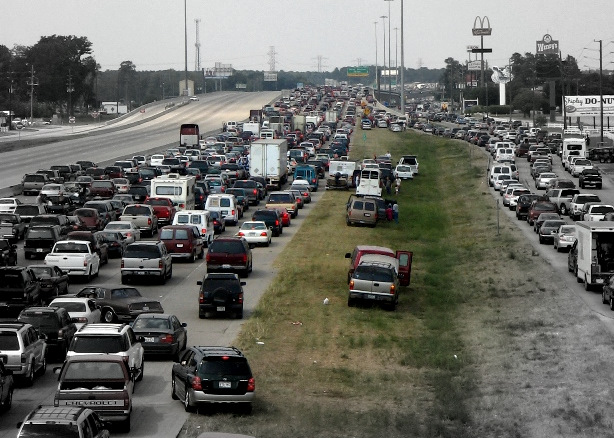 If insulating yourself from a worst-case scenario is your primary concern then the following considerations, some of which were mentioned in the article above, could help you to better decide what to do next:

Stay out of the cities: This is without a doubt the top concern when looking at the possibility of an economic collapse or other disaster scenario. You’re likely better off taking your chances in the middle of the wilderness than you are staying in an urban center. You’ll be dealing with packs of wild animals in both scenarios, but at least you would have a chance at acquiring some food, water and shelter.

Of course, we’re not recommending that you make the wilderness your bug-out plan, but rather, are pointing out that cities will be hit extremely hard, and millions of people will be in need of food, gas, clean water, medicine and other supplies. In an all-out collapse, similar to that described by James Rawles in his book Patriots, the grid would go down, transportation systems would come to a halt and urban areas, including suburban areas, would become war zones as individuals, gangs and clans would compete for the last remaining resources. When you think major city and SHTF, think Hurricane Katrina, but on a regionalized scale affecting tens of millions of people.

Don’t plan on living in the wild: While the wilderness may seem like a much better option than the inner city or suburbia, you’re not the only one who’s thought of it. Only experienced outdoors men should even consider living in the wild as a primary back-up for a collapse event. Like the cities, it will only be a matter of time before competition for resources reaches a boiling point.

Unless you’re one-hundred or more miles from any major human access points, you’re going to come across others who are looking for food, water, shelter, clothing and supplies. Depending on where you are in the country, the elements may become just as dangerous as gangs in the city.

Without the proper equipment, you’d probably have a better chance of surviving an inner city meltdown then you would freezing temperatures in the north / north-west part of the US. If the wilderness is your plan, do you have a plan for staking and defending a piece of land for you and your family? And are you prepared to evade and/or deal with the golden horde that will eventually makes it way from the cities?

How close is your support network? If you plan on relocating, are family members and like-minded friends within a tank of gas to your new location? While an SHTF location 400 miles outside of a major city is a great idea, if your plan is to have just you and your immediate family of 2 to 5 people defending the land you may run into problems. Regardless of how many guns or how much ammo you have, coordinated attacks by gangs or the possibility of being overrun by those who managed to make it to rural areas should be a consideration.

Also, looking at the location of your home town and the reality of coordinating with neighbors and city officials to stop non-residents from entering a particular area would be prudent. A support network on a familial and community level will be critical if you are near any population centers, even if your town is only made up of a few thousand people. Primarily, your immediate team is of the most concern – keeping 24 hour watch and working the land will be critical, and you’re going to need more than just a few people to do this effectively.

Is your new place to live capable of going off-grid for extended periods?We’re not just talking about electricity – but water and food as well. Electricity and gas power are important, but not as important as your immediate needs like food, water, shelter and defense. With the right people by your side, your defense capabilities should be significantly enhanced.

But if the grid goes down, how will you manage? Will there be fresh water available from a well or stream? What if someone dams your stream up river? Is there enough arable land to produce food – and enough water to keep it alive? Remember, the food you need will not be just for you, but for the animals you might be raising. Do you have reserve feed for those animals, or do you plan on feeding them off the land?

Location. Location. Location. The above article pointed out that coastal areas could be deadly – for a number of reasons. If you’ve read any historical doomsday theories, you’re likely familiar with the statistic that some 90% of the world’s population lives within a hundred miles of an ocean. Bad news if the earth ever decides to sneeze. That, and the fact that those areas become major targets in the event of war or wide-scale terrorism.

The east coast of the US, especially, would be dangerous simply because of the number of people. Even if you aren’t directly on the coast, golden horde migrations will overrun hundreds of thousands of acres of land during evacuations or panics. The west coast would experience similar effects. From the south, as the article mentions, there is the real possibility of mass migrations and violence – it’s no secret that certain lines of thoughts suggest the southern US belongs to Mexico – so be prepared for an onslaught if you are anywhere within several hundred miles of the southern border.

During any such mass migrations, any easy to traverse land masses will be subject to disturbances and only those in remote or difficult to reach locations will go unscathed. If it even exists, the SHTF protection zones, in general, seem to be the central United States regions – this includes flat lands and mountainous regions, stretching from northern Texas up towards the Dakotas and west towards Idaho. Parts of northern California, Oregon and Washington also qualify.

There is, of course, the possibility that some natural events – Yellowstone comes to mind – could wreck havoc, but other than that, the right piece of property in these areas could be your best bet to survive a whole host of end of America scenarios. This is not to say that areas outside of this zone are unsafe, as we are speaking more in regional generalities here.

Ideally, you want to be out of the migration path of the horde, preferably on higher ground in the mountains, or a good distance from any major or high trafficked roadways if you’re living on flat land.One rule of thumb would be to look at how far away a major city is from your location. If tens of thousands of people live within a gas tank of that location, you can expect unfriendly visitors.

Hi, I’m Rob… and what I’m about to share with you is deeply disturbing. And it was not the storm’s enormous force that killed him… nor the massive floods that followed… and not even the lack of food, water or shelter…

It was something no amount of weapons, bullets, or military training could protect him from…

And it’s guaranteed to strike you during any crisis.

I’m about to tell you everything there is to know about this silent killer and I’ll even share with you what I’m doing and what you can do starting today to protect your family.

After years of research I realized that this is the only way to beat the odds when the death toll rises into the millions. And this bullet-proof method is guaranteed to keep you safe, protected and to shield your family from any type of crisis or disaster.Learn More HERE

Hideaway, safe room, bunker. We may be getting into  tin-foil prepping here, but we’ll mention it anyway. Mass migrations are going to be of critical concern in ANY collapse scenario. Even those in a fairly poor location can still have a back up plan. Our advice: If you have the ability to do so, do what the government plans on doing, and go underground.

Find property with a basement, or an old mine or cave, anything that is out of sight. If the horde comes your way this would become your new bug-out location. In such a scenario, one may need to disappear for an extended period, so quick-food considerations, water storage, and sanitation become important. Plan on 15 – 30 days at a minimum if you’ve got to go “underground.” There’s no sense in fighting if you can get out of the way and let the horde Tsunami pass over you and eventually recede.

As preppers, we all want to say we’re prepared for anything, but a good prepper knows his or her limitations. It is impossible to plan for every potential scenario, but staying flexible and open-minded is going to be critical for survival. A willingness to admit, contemplate and act on weaknesses in your preparedness plan is of utmost importance.

Top 5 Bug Out Locations In The US