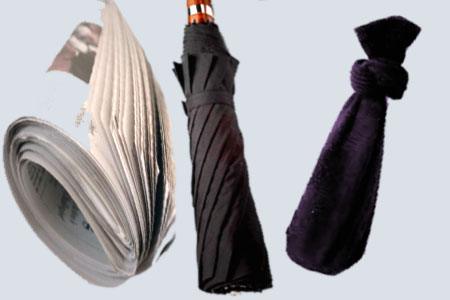 When guns aren’t available or allowed, using the items at hand may be your best choice in a bad spot for taking back control of a situation.

While it is obviously a good idea to have training and preparation in areas like firearms ,self-defense, and martial arts, not everyone possesses these skills.

Moreover, far too many people are likely to find themselves in desperate situations without these tools – which, if used properly, not only offer stopping power but command respect. 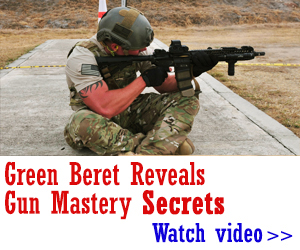 This is especially true if you must work, attend school or do business in any of the growing numbers of gun-free zones – including schools, universities, court houses, government buildings and even a number of private businesses. In these places, carrying a gun for protection may not be an option. Rather than empowering your personal safety, carrying where guns are not permitted could mean enormous legal costs, headaches and ultimately jeopardize your freedom.

Even in the home, where the 2nd Amendment typically reigns supreme, many people simply aren’t prepared to pack heat.

So what are your other options? An improvised weapon is way one to take back control of a situation and defend your life and those of your loved ones.

My Fox Alabama consulted a self-defense expert who gave tips on how to transform ordinary household items into weapons that could deter or stop a would-be assailant in a pinch, and allow enough distraction to escape to a safer location:

In the hands of self-defense expert Chad Chilcutt, a sock, umbrella, magazine and coat hanger transform in a matter of minutes.

A long sock stuffed with something hard packs a powerful punch.

“If you put coins in it, or you put rocks in it, now we are talking about really using this as a self-defense weapon,” Chilcutt said.

Chilcutt said the trick is to swing, hit, and then get away.

Chilcutt also makes examples of an umbrella, a coat hanger – and even a magazine. The first can be used to hold off an attacker, or deliver a blow in preparation of trying to get a away. He suggests that a coat hanger, combined with a simple saw blade (or the like) glued onto its broadside, could be imposing as well.

While the magazine seems less than imposing, rolled up it contains enough force and concentrated mass to poke an eye, groin, etc. if used with direct intent.

“If the only thing around is a magazine, grab it, roll it as tight as you can, and stab toward the head, aiming for the eyes or temple. Or go straight for the groin, it can cause enough serious pain to give you time to get away.”

This simple video explains how the simple magazine or newspaper has been used in training even by military and special forces:

This approach may be geared to the timid, perhaps afraid to use a firearm and less than confident in their abilities; however, unassuming improvised weapons can be put to good use by preppers as well.

While none of these tactics would be the obvious first choice, they are worth thinking about as part of your back-up strategy for self-defense, should your primary means of defense fail, jam, run out of ammo or simply become unavailable. Understanding these tactics could be a useful skill to have – even if it serves as an absolute last resort to outright desperation.

Moreover, as ordinary items, they are easily concealable even out in the open. Not viewed as weapons, they are allowed almost anywhere, but available in emergencies as self-defense tools.

Even if facing a superior weapon, making do is better than becoming a victim.

In a follow-up story, the news station also profiled some useful items to defend, deflect and disguise in mobile situations, such as walking down the street, to a vehicle or exiting the subway:

“We found five self-defense gadgets that are cheap and affordable: a gun holster that packs a pistol where a thief would least expect it, a fashionable bracelet with built-in pepper spray

, a key chain that can gouge an eye out

, or a pen strong enough to break through glass

or put dents into wood.”

Belts may also be a good option, as this tactical defense video explains:

But just as important as the type of tool is the mindset you have when facing an attack or potential life-threatening situation. Mac Slavo recently wrote:

• Situational awareness & mental preparedness: As Daisy Luther pointed out, in a crisis situation, denial can be deadly.” The psychological reaction to a potentially deadly situation cycles through phases of denial, delay, diagnosis, acceptance, consideration and (finally) action.
Your job is cut to the chase as quickly as possible, size up the situation and apply previous training (or quick thinking) while taking swift action. Creative and spontaneous answers are perfectly fine; the elements ofnsurprise and distraction can aid basic fight or flight response.

There are many other legal alternatives to firearms are available for purchase that can be used as a secondary or more discreet option. Some, but not all, of these choices would be acceptable to carry in gun free zones. Please check your local laws and use common sense and sound judgement:

• Alternative Self Defense Tools: If guns are forbidden by law, it may not be wise or practical to break that law. But you may still be able to carry (depending on the location and its applicable regulations) other forms of self defense, including several identified by TheArmsGuide.com:

Most of these require (or would benefit from) some serious training to be effective, and many of these may still fall short of the threat of a trained gunman. However, if flight is not an option, you may have little alternative but to try anything at your disposal. Use your best judgement in any situation.

Many criminals and attackers are less willing to face someone fighting back – particularly if they recognize a determined mindset to survive and overcome – and may instead opt to end the incident in pursuit of easier targets or to avoid apprehension.

Allowing yourself to be a victim is as much a mental choice as it is the result of an unfortunate or dangerous situation. Giving up, submitting and being intimidated by an attacker’s weapon can be a consequential mistake that can open you up to further criminal acts by the assailant.

Using random items at hand may be your best choice in a bad spot for taking back control of a situation when other means fail.

That said, there is also wisdom in choosing your battles and living to fight another day. As many have pointed out, if a criminal is more interested in your wallet than your life, it is often better to give it up and recover financially with your life and well-being intact.

Preparation, training, research and situational awareness can help you make these decisions with confidence and good judgement.

You can’t always choose your situation, but you can influence and determine the outcome with quick thinking, solid preparation and the right mentality.

3 Non-Lethal Self-Defense Weapons That Can Save Your Life

Back to Basics: Are You Prepared to Defend Your Family?