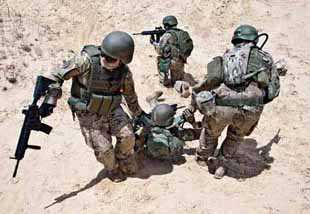 The Survival Mind – How to Develop The Will to Survive

Some people crack under sudden pressure and fear. Even soldiers, even cops. What about you? Facing a conflict or following a major disaster, your life may be on the line. The decisions you make next could cost you or someone else your lives.Learn what it takes to control fear and stress while developing a “will to survive” to survive any situation you’re ever faced with.
Fear and the Will to Survive

A lot of people go through life without giving any thought to either one.The lack of a will to survive is a psychological process that can kill you. Throughout history, people have either lived or died when placed in a perilous survival situation.

Fear is a response to sudden or perceived danger. The larger the danger and the suddenness or unexpectedness of it, the greater the level of fear that can flood your mind. If you’re not trained to respond to fear, it can overwhelm you fast. This is fear that even you, dear confident reader, might not be truly prepared for. Everything you think you know may go out the window. And then you crack.Or maybe it’s your neighbors, following a major disaster. Your neighbors “lose it”. Maybe it’s the local police.

How do Special Forces soldiers keep a level head at a time when other people would crack? For one, they’re pushed to the limits of physical endurance, where they learn to “disassociate” from the pain and discomfort of physical training. That means they’re mentally able to re-focus their minds (or make an effort to re-focus their minds) to something else. By doing this, they disassociate.Steve Smith, former Navy SEAL, says in this article on the mental toughness of Spec Ops soldiers, “The ability to disassociate should not be confused with the disassociate disorder often caused by traumatic events, but rather realized as a method to endure long, painful, uncomfortable, and tiring events like Hell Week or cold water exposure.”

Fear in the wake of disaster or sudden danger can drive you to make bad decisions, like curling up into the fetal position on the ground, when you actually should be fighting for your very life, or running in the opposite direction, right at that moment, if you want to live through whatever is taking place.The challenge is to think tactically, when confronted with fear. Tactically, for newcomers here, means to make strategic decisions, sometimes in the heat of the moment, and often in the military refers to tactical operations.

Times of High Stress and or Physical Endurance

What causes people to crack and give up, sometimes abruptly, when others still have the ability to push on? For some, mental stress or physical discomfort or pain is just too much, or mounts too quickly, and their brains make the conscious decision to simply quit. They give up. They can’t go on. It’s just too difficult.Or there’s too much fear and they freeze.

In some situations, this is where death may now be imminent.

Today, most people live comfortable lives compared to many of our recent ancestors, those who had to suffer through hard times periodically, especially early in life. Or they had to work their tails off on farms and in factories for decades to support their families.These hard times early in life can help people develop a will to survive. There individual experiences are tools that they can tap into in survival situations, survival situations that may cost many their lives otherwise, should they have simply given up, instead of continuing to “push on”.

Pushing On and Overcoming Fear

Pushing on means going out of your comfort zone to reach your goals. Overcoming fear means pushing fear away (for example, by “disassociation”) so you can make good, tactical decisions.What about you? What are you going to tap into? Look at your comfortable life. Are you imprisoned by your comfort zone?

Breaking Out of Prison 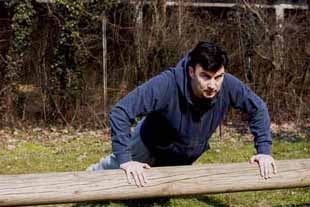 Challenge yourself regularly to do new things. You will have to stretch. Maybe you’ll exercise more often and with more intensity.

Tackle Charity – Maybe you’ll give more of yourself to volunteer work and more money (for those of you with money) to help the poor.

Dirty Jobs – Maybe you’ll “lower yourself” to take on tasks that other people shun (community volunteering can open that door, so look around and find ways to challenge yourself, and get out of your comfort zone).

Tougher Excursions – Plan longer, tougher hikes. Carry a little more weight in your pack with each excursion. Purposely plan some hikes in bad weather. Then tough it out. Learn to enjoy your hike, even in the rain and cold (always go prepared, don’t get yourself killed because you poorly researched a hike or climb). 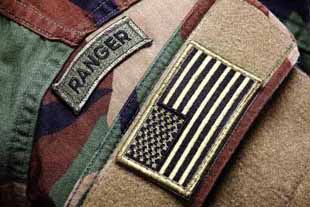 Push yourself repeatedly. Dig down deep and push on. Persevere under trial and challenge.

If you haven’t faced any hard times or extreme obstacles that have challenged you to persevere and overcome, you may find out the hard way one day that you lack the will to survive.

You might die half-way up a mountain you could of otherwise tackled with ease — had you been training yourself in the previous weeks and months to push on. You might drown off shore due to the sudden shock of cold waters when your ship goes under — and again, sorely lacking in endurance, you just don’t have what it takes to swim yourself to shore.

At the same time, rational thought in a survival situation when emotions are running high goes out the window.Flooded with emotions (fear, stress, anger, frustration, bitterness, sorrow, etc.) that you can’t control can blind you from thinking clearly and making the correct decisions.

Like controlled adaption. You are able to improvise. Some people can adapt and change directions, but it’s because they are pushed and bullied by circumstances. By giving in to the bully of circumstance, they may be pushed down the wrong path, a path that ultimately leads to either failure, or a lack luster finish.Push yourself, even if you have to push yourself up a mountain. Don’t get pushed down the easy path of failure or surrender.

When up against a dangerous situation, your decisions based on the choices before you can either lead to the success and positive morale of yourself and others, or just the opposite: The death of all.

How to Develop Will Power

Will power develops champion fighters, champion athletes, and elite soldiers. Will-power is a “push” inside your mind against forces (both inside and outside your mind) that are occurring because of the circumstances before you. You can push away fear. You can push yourself to take another step, even when your body is tired and wants to give up and rest. Some people tap into God and their faith for that strength.Or maybe that will come from endurance-focused, high intensity sports like wrestling, swimming, or mixed martial arts, or some other activity like Peace Corps or an overseas missions trip into a third world country, where you are challenged to go out of your comfort zone, sometimes way out of your comfort zone, and then operate outside of your comfort zone for extended periods.

Developing will power can also come from climbing, hiking, kayaking, or another sport that calls for physical endurance with high-intensity moments where you have to keep your emotions in check in order to think clearly and make good decisions under pressure.

In the Special Forces, this comes from intense, high impact training early in a soldier’s career. Most people don’t have the opportunity to go Special Forces in life, but you can still tap into the same kind of physical activities, and train yourself in the ways of elite athletes and soldiers who are (or should be) capable of overcoming physical obstacles by staying in shape mentally and physically, while making clear, rational, and good choices under pressure.

Take the Time to Learn Survival

You can also push yourself by taking the time to learn survival. Sign up for a reputable survival school in your state (or even go out of state if you have the means, to attend a good survival school like The Human Path).Whatever survival school you choose, those classes might only be one week long, maybe two. Now, take what you’ve learned and go challenge yourself in the outdoors.

These are skills developed with repeated trial and error and perseverance, however good training, research and note-taking beforehand can go a long way, and shorten that learning curve.

Michael Asken is an author and instructor with years of experience training mental toughness to police, SWAT teams, and even the military.In his book MindSighting: Mental Toughness Skills for Police Officers in High Stress Situations, Asken describes psychological techniques and training to develop mental toughness, the survival mind set and a hardened focus.

It’s more than a book though, it’s even set to serve as a training manual, however you don’t have to be training for the SWAT Team to benefit from these principles in developing mental toughness and a “survival mindset”.

The fact of the matter is, we might face some high stress times in the months or years to come, at the rate our nation has experienced growing natural disasters and geo-political threats. A major disaster might be coming to your area.

Knowing how to handle yourself and think strategically during a major disaster can help you survive, your family survive, and maybe even your community.

(Asken’s personal site Mindsighting has the book for a lot less than Amazon, but taking about four weeks to deliver by mail. Amazon may get the book to you faster, but Asken will get it to you cheaper, if you don’t mind the wait.)

A Survivor Will Never Give Up

Some people survive by looking out only for themselves, and they make a number of selfish choices along the way, sometimes without any regard for others.Yet, if these same people would only push themselves to include the interests and well being of others, into their survival game – in other words, if they simply had the will to make good choices rather than selfish choices – your entire team can survive, and reach the finish line together, with positive morale.

Some Teams Fall Apart Under Pressure

Some teams fall apart under pressure. They attack each other, they splinter and go separate ways.Your team must not crack. Especially in the face of fear. Danger is in the land. You may need each other to survive. If your team starts to crack, take on a leadership role and encourage the team to stay positive, stay focused, and keep pushing. Ignore your fears. Put your trust in God. Dig deep for strength. That kind of thing. Teach them to persevere and at the same time set an example.

Persevering is how people survive and make it to the finish line.

That is what it means to have the will to survive, without giving into pressure, without cracking under stress, without caving in to fear and worry.

No matter the obstacle. No matter how impossible the situation seems.

Survivors are people who just keep going, even in the face of fear or impossible odds.