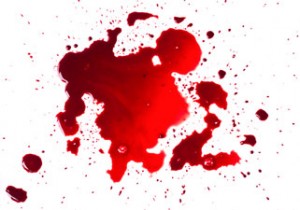 Though it’s taken a backseat to Ferguson and the Sony hacking story, the Ebola virus remains a threat in the United States.

According to Fox News Channel’s investigative journalist Sharyl Attkisson, who recently reached out to the Centers for Disease Control, the agency is still very much involved in monitoring individuals for the deadly African-borne virus. The problem, says Attkisson, is that the CDC is covering up the numbers, presumably to minimize panic across the United States.

Attkinson says that following the appointment of Ebola Czar Ron Klain media involvement became almost non-existent because the government stopped releasing statistics and granting interviews in an effort to control the news.

The infectious disease experts I consulted were and remain very concerned about this because if it gets out of control in this country because we will not be able to deal with it.

A lot of the media coverage has gone from overtime to almost nothing since they appointed the Ebola Czar, and I don’t think that’s any accident – I think it’s a strategy.

Once the Ebola Czar came in they quit putting out the head of the CDC… no more interviews. Someone decided, I think, when we give information they cover it. When we don’t give information it will fall off the stage and it largely did.

I called CDC not long ago and said how many active cases are being monitored in the United States of Ebola and they said 1,400.

I said, ‘where is that on your web site?’ They said ‘We’re not putting it on the web.’

I think there is an effort to control the message and to tamp it down. This is public information and we have the right to know and I think the media should not hype it, but cover it.

Based on Attkinson’s report one can conclude that the Ebola Czar, who had no medical experience whatsoever at the time of his appointment, was put into place not so much to help implement new medical procedures, but rather, to act as a Public Relations manager whose job it was to control the flow of information.

The strategy worked, it seems, because Ebola is now just a joke among the majority of the public.

But, as Attkinson notes, the virus is still poses a significant danger to the American public. To date the virus has claimed the lives of over 7,000 people in West Africa and it is still spreading fast according to a United Nations report that says over 18,000 have been infected so far.

There have been no additional confirmed cases of Ebola officially recorded in the United States since late October, but as Infowars‘ Paul Joseph Watson noted in a recent report, it is quite possible that another aspect of the Ebola Czar’s job is to keep any such infection under wraps. That may even mean that confirmed Ebola patients are being disappeared by the CDC.

A doctor has exclusively revealed to Infowars that health authorities are covering up Ebola cases in the United States and disappearing patients in an effort to avoid hysteria.

James Lawrenzi, DO, who has two clinics in Garden City and Archie, Missouri, appeared on the Alex Jones Show today to warn that the true scale of the situation was being deliberately downplayed. It is important to note that none of these potential Ebola outbreaks occurred at the clinics in which Lawrenzi works.

Lawrenzi said that shortly after the arrival of patient zero – Thomas Eric Duncan – in the United States, he was told by a doctor at Truman Lakewood Medical Center in Kansas City they had taken in a possible Ebola patient who had a high fever and was bleeding out of all his orifices having recently returned from West Africa.

The following day, Lawrenzi was told by the doctor that the patient had “disappeared” against medical advice, but that he wouldn’t have been able to leave on his own given his medical condition.

The day after the patient disappeared, a meeting was called for anyone who had contact with the patient. Doctors and other medical workers were told that the patient had malaria. Lawrenzi also revealed that drug reps from within the area warned over additional possible Ebola cases in the area.

Though such a scenario might sound far-fetched, an Executive Order recently updated by President Obama suggests that “disappearing” a patient suspected of a contagious disease is completely within the scope of the government if their infection has been deemed a national security threat.

Because no effective means of treating the virus has yet been released to the general public – and it’s questionable whether you want to get a vaccine if and when it does become available – the only strategy for ensuring that you don’t contract the virus is to focus on prevention.

As The Prepper’s Blueprint author Tess Pennington notes, we are on a need-to-know basis with Ebola (and any other potential contagion in the future) so it comes down to each individual to ensure their own safety. According to Pennington that includes a variety of strategies that need to be implemented or developed ahead of any major outbreak:

The CDC, unfortunately, has not provided the public with any sort of serious guidelines for preventing the spread of Ebola. One minute the public is told that Ebola isn’t airborne, but the next minute the government issues warnings that infectious material can, in fact, spread through water droplets in the air. The point is that the government is going to keep as much of this hidden from the public for as long as possible. Not just with Ebola, but any number of potential emergencies.

The Prepper’s Blueprint: Prepare For Any Disaster

How To Build a One Year Food Supply In Three Months