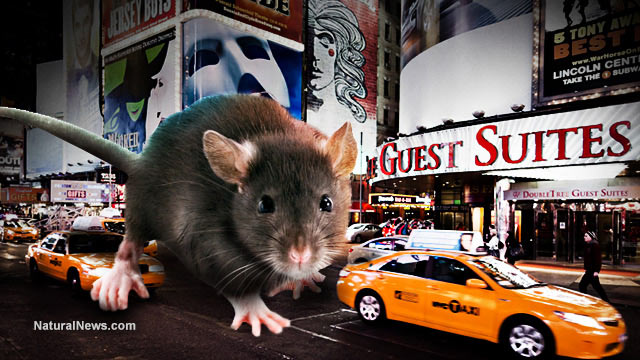 (NaturalNews) It’s anyone’s worst nightmare — lying in bed, startled half awake in the middle of the 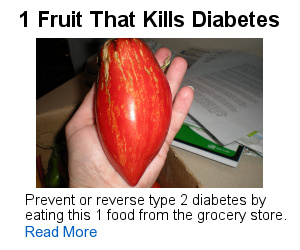 night, feeling something jostling around in the bed sheets. Half-shut eyes start to spread wide open as paranoia and fear set in. That’s when a squeaky chirp pierces the dead silence of the room. Panic floods the nerves. Jumping up, there it is… an enormous rat had made its way into the bed, staring up with gleaming, haunting eyes.

For New York City, rats are about to become more than someone’s worst nightmare. They are about to become “a public health nightmare.” According to new research from Columbia University’s Mailman School of Public Health, New York City rats not only are exploding in numbers but are carrying around at least 18 new viruses that have never been discovered before in science. Pest control firm Orkin lists New York City as one of the top four “rattiest” American cities, along with Chicago, Los Angeles and Washington, DC.

“Everybody’s looking all over the world, in all sorts of exotic places, including us. But nobody’s looking right under our noses,” said Ian Lipkin, a neurology and pathology professor at Columbia University.

Rats carrying around new pathogens, welcoming new viruses into cities
The Columbia University report was recently published in mBio. The study investigated 133 rats collected from the shadows of the Manhattan area. The rats harbored a variety of pathogens that stunned the scientists. Eighteen pathogens were new to science. A couple are known for causing hepatitis C. One pathogen is capable of transmitting foodborne diseases. Another pathogen was entirely new to New York; it is called Seoul hantavirus.

“We… identified a wide range of known and novel viruses from groups that contain important human pathogens,” the researchers said.

Lipkin continued, “Rats are sentinels for human disease. They’re all over the city; uptown, downtown, underground. Everywhere they go, they collect microbes and amplify them. And because these animals live close to people, there is ample opportunity for exchange.”

Dr. Lipkin has spent over 20 years investigating pathogens and extracting them from hosts. In 2012, he and his team narrowed in on New York City. They quickly found out that trapping rats in NYC is more difficult than other cities. The rats there are tougher, wilier and harder to lure. Dr. Lipkin said it could take a week before rats would even come close to a baited trap. After trapping 133 of the nasty specimens, the scientists began gathering their blood, urine, tissues and feces, taking DNA samples and honing in on the pathogens that the rats had been carrying around.

A horrific strain of E. coli was isolated, one that causes unrelenting diarrhea. Two fever-inducing pathogens, Seoul hantavirus and Leptospira, were isolated for the first time. Thankfully, the scientists did not find the pathogen that causes bubonic plague, Yersinia pestis.

Scientists are enamored with the findings. Peter Daszak, the president of EcoHealth Alliance, called the study both “shocking and surprising” and “a recipe for a public health nightmare.”

The findings may help scientists explain how new viruses are introduced into human populations — possibly through rat populations — and help them discover the links between viruses and humans. How might rats stir up pathogens and carry them through the city’s shadows, into business building walls and into the homes of city dwellers?

What if there’s more to be afraid of than the rat’s themselves?