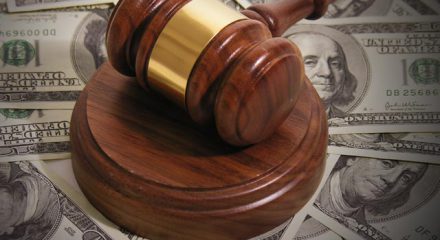 A federal judge for the Western District of Pennsylvania used a deportation decision to probe the constitutionality – or lack thereof – of President Obama’s executive order on amnesty, declaring it “unconstitutional.”

How that ruling might impact other cases or the acceptability of Obama’s psuedo-law is unclear, however.

While Texas and other states have already initiated lawsuits challenging the order, this is the first case to test how Obama’s unilateral immigration action would impact deportations and sentencing for illegal aliens unlawfully present in the United States.

Judge Arthur J. Schwab wrote an opinion weighing whether Obama’s recent executive order is constitutional, and whether it factored into the decision to deport one Elionardo Juarez-Escobar, a 42-year old Honduran working for his brother’s landscaping business and apprehended for driving while drunk after having been previously removed from the country and reentering. Schwab concluded:

“President Obama’s unilateral legislative action violates the separation of powers provided for in the United States Constitution as well as the Take Care Clause, and therefore, is unconstitutional.”

The ruling doesn’t invalidate the policy immediately because it was part of a case over a single illegal immigrant’s deportation, but it could serve as a road map for other federal judges who are considering direct challenges to the president’s policy.

Judge Arthur J. Schwab, sitting in the Western District of Pennsylvania, said Mr. Obama has some discretion in how to enforce laws, but by setting out a comprehensive system to grant tentative legal status to as many as 5 million illegal immigrants, the president has strayed into trying to write the laws, which is a power reserved for Congress.

The executive decision to shield immigrants from deportation also has significant consequences as it applies to equal protection under the law, in the event that prosecution for some is delayed while others are prosecuted:

“The Court must examine whether this Executive Action is within the President’s executive authority, and whether it would unjustly and unequally impact this Defendant in light of this Court’s obligation to avoid sentencing disparities among defendants with similar records who have been found guilty of similar conduct.”

In a telling clash over the separation of powers, the Obama Administration and others have argued that judges have no authority to review decisions made by the president – ironically as this federal judge has pointed out the rather obvious fact that President Obama has no authority to write laws with his pen.

“The judge is clearly reaching way beyond the bounds of the case before him to engage in constitutional scrutiny of the executive action,” said Peter J. Spiro, a law professor at Temple University in Philadelphia.

Schwab countered the idea that federal judge have no purview in his decision, arguing precedent on p. 13:

“Federal Courts can review the constitutionality of Executive Orders. In two instances, Federal Courts have found that specific Executive Orders were unconstitutional. Youngstown Sheet & Tube Co. v. Sawyer, 343 U.S. 579 (1952) (the United States Supreme Court found that President Truman’s Executive Order authorizing the Secretary of Commerce to control operation of the majority of the country’s steel mills was unconstitutional because President Truman acted without constitutional or statutory authority); Chamber of Commerce of U.S. v. Reich, 74 F.3d 1322 (D.C. Cir. 1996), rehearing denied, 83 F.3d 442 (D.C. Cir. 1996) (the United States Court of Appeals for the District of Columbia Circuit found a 1995 Executive Order issued by President Clinton which prevented employers who were performing under federal contracts from hiring strike breakers, to be unlawful because it impermissibly prevented employers from hiring their chosen workers).”

Schwab further argued that Obama’s justification for his unilateral action – that Congress had failed to act – was “arbitrary” and did not grant him authority to make laws:

“This proposition is arbitrary and does not negate the requirement that the November 20, 2014 Executive Action be lawfully within the President’s executive authority. It is not.”

“In the framework of our Constitution, the President’s power to see that the laws are faithfully executed refutes the idea that he is to be a lawmaker. The Constitution limits his functions in the lawmaking process to the recommending of laws he thinks wise and the vetoing of laws he thinks bad… Perceived or actual Congressional inaction does not endow legislative power with the Executive.”

The Obama appointee-headed Justice Department criticized the Bush-appointed judge’s decision as “unfounded and flatly wrong” while pro-immigrant groups, including the American Immigration Lawyers Association, claimed Schwab was overstepping his bounds. His critics were quick to point out his previous controversies and claims of impartiality.

Nevertheless, the attempts to marginalize this decision and rest its merits on the reputation of the judge only serves to distract from the rather obvious and valid points he makes… namely that Obama is acting as a king, not a president, not a constitutional scholar and not legally. The emperor indeed has no clothes.

It should be headlined that someone has called Obama on his unconstitutional actions; instead, prepare for this story to be marginalized and buried.

“By Hook or By Crook”: Determined Obama Vows to Go Beyond Executive Actions to Rule