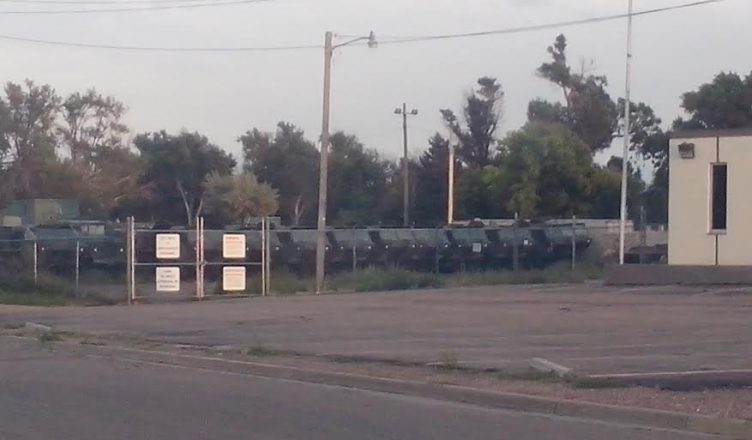 Here is LaJunta, CO. a closed Walmart is installing enhanced security and new Walmart Supercenter has been opened walking distance away. A pickle factory has allegedly been converted into a brewery. Yet the brewery is on railroad tracks, has blacked out windows, they have hired nobody, have constructed barriers and SUV’s with tinted windows. And this “brewery” within walking distance of the closed Walmart. All this is taking place in a small town which is experiencing a failed economy and many businesses are close. The picture above depicts military vehicles being stored at the closed Walmart. This type of thing is going on all over the country.

Only weeks after the former TV show, Revolution, introduced the subject of FEMA camps, the series was cancelled despite high ratings. Jesse Ventura’s, Conspiracy Theory episode on FEMA camps was banned

The Common Sense Show is collecting information from Americans all across the country on suspicious FEMA camp activity. Please send us your pictures, videos and stories.

FEMA camps are appearing everywhere. I have covered the one going in at LaJunta, CO.,vpictured above thanks to the coverage provided Christina Sarro.  There is something very, very strange going on 7 miles from where I live in rural Arizona. We see concrete truck after concrete truck going into the Toyota Proving Grounds near Wittmann, AZ.  On two occasions we have seen a military presence two different times. One of my neighbors was followed home by a SUV with tinted windows after he was counting the concrete trucks, which have been running 24/7 for two months. We are still compiling information, but we are hampered because we cannot get close.

In short, could write a book about FEMA camps being built and existing structures being converted to FEMA camps. The following was sent to me by someone from Crockett, TX. This is typical of past stories I have run on this topic.

“NOTE TO ALL THE ROCKET SCIENTISTS THAT DETERMINED THIS WAS A FEDERAL MINIMUM SECURITY PRISON THAT WAS SHUT DOWN… HERE IS A QUESTION:

Do you know how long it would take to make THIS site operational? Last I checked there aren’t too many OPERATING FEMA camps at the moment. Do you know how long? All the infrastructure is already there, and it’s already owned by the feds, AND not in use right?

Tell me rocket scientists… how long to get it operational? Tell me. Tell us all. You seem to know everything else. Do you think the feds are going to build them all brand new? “

Why Did FEMA Just Put a Rush Order on 5 Million Bottles Of Water?