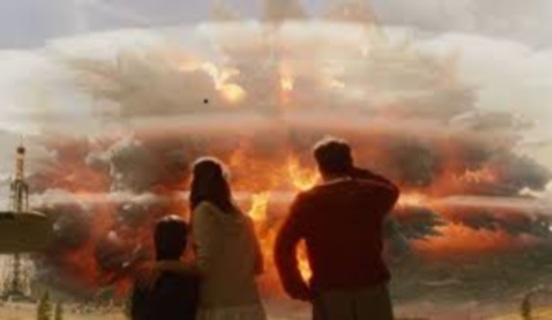 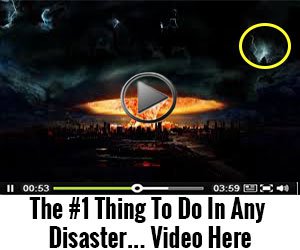 Volcanic Caldera – A volcanic feature formed by the collapse of land following a volcanic eruption. Basically, this occurs when the magma that was supporting the land below is expelled during an eruption, thus leaving an empty chamber unable to support the weight of the volcanic edifice above (the mountain above).

The Yellowstone Caldera
The Yellowstone Caldera can be found in Yellowstone National Park. For the most part, the caldera is located in the northwestern portion of Wyoming, but it also extends into Eastern Idaho.
All told, the Yellowstone Caldera measures 34 miles by 45 miles and was discovered during the 1960’s and 70’s by Bob Christiansen of the United States Geological Survey through the use of geological field work.
A sleeping giant lies gently snoring in the northwestern quadrant of the United States—the Yellowstone Super Volcano. Researchers from the University of Utah recently determined its magma chamber to be 2.5 times larger than previously thought, measuring at least 55 x 20 miles and running between 3 and 9 miles below the surface of the earth.

Professor Bob Smith of the University of Utah was surprised by these findings. Smith states, “We’ve been working there for a long time, and we’ve always thought it would be bigger…but this finding is astounding.”

Unlike the traditional cone-shaped mountains of Mt.St. Helens and the Lassen Volcano—the two most recent volcanoes to erupt in the 48 contiguous United States —the Yellowstone Volcano has a wide, slightly bulging area. However, its surface is rising at the rate of about three inches per year, and according to Professor Smith, seismic activity in the area is increasing.
For preppers, it’s the ultimate end game: surviving the eruption of Yellowstone’s super volcano.
While some folk worry about an asteroid strike bringing about the end of the world as we know it, as scientists say it did for the dinosaurs 65 million years ago, North America is actually sitting on its own extinction-level event waiting to happen.

“Everything would be wiped out; it would take years for the climate to recover and decades for the rivers to clear up because everything would be choked with volcanic ash for a wide area around the eruption site,” said Kelly Russell, professor of volcanology at the University of British Columbia. “The southern latitudes of Alberta, Saskatchewan and Manitoba would all see ash cover, how thick it would be depends on the winds and the amount of magma.”

Russell stresses that such super eruptions are extremely rare — the last one happened before human civilization — but that they can and do happen, and Yellowstone, in Yellowstone National Park in Wyoming, is an active field that has seen three massive eruptions.

He compares Yellowstone to Mount St. Helens in Washington state in 1980.

“It produced one cubic kilometre of magma, and we saw ash fall from it in southern B.C., a small amount, but it was there, and when we look at the very largest eruptions that have taken place at Yellowstone, they can spew out a thousand cubic kilometres, so that’s a thousand times larger than the Mount St. Helens eruption that’s in everybody’s minds.”

Russell points out that two feet of ash from the Crater Lake eruption in Oregon 7,700 years ago can be found in Oliver, B.C., and in the banks of the Bow River in Calgary. He says if Yellowstone cuts loose, the southern Canadian prairies could get covered in many feet of ash, and the American states closest to Yellowstone would be smothered with an even thicker layer of the sterile rock powder, killing off livestock and leaving them unable to grow food.
“The ash is terrible, take a window and grind it into a coarse flour, then breath that in, it does terrible things to the human body. It would be important to have masks and filters, if you were trying to survive it,” Russell said. “The United States would stop being a food-exporting nation and starting being a food-importing nation.”

Yellowstone’s volcano doesn’t have the classic menacing cone shape, so many people don’t know that a magma chamber bigger than New York City lies beneath the steaming surface.

640,000 years ago, animals similar to elephants, rhinoceroses and zebras roamed the plains of the United States when Yellowstone blew — and it took out the animals and every other living thing that couldn’t fly away from the blast.

Scientists estimate Yellowstone’s volcano explodes every 600,000 to 700,000, and some say the time could be coming for another eruption. If it blows, the chances of survival sound bleak, but that’s not stopping some survivalists from preparing.
“Some people who visit there say there are more hot springs popping up there, and there is more of a sulphur smell that’s stronger than ever. You take from it what you want and I just pay attention to it a little more than the average person, just in case,” said Jason Charles, a firefighter in New York City. “I don’t want it to be a curve ball we don’t see coming. I keep it in the back of my head.”
Charles was a paramedic on 9/11 and saw thousands of people struggling to breath through the toxic dust. He has special dust and ash filters for his gas mask in case of another NYC disaster, or if Yellowstone blows.

“I know some people who have bought UV lights, in case they need to grow their own food – but that’s also assuming that the power grid stays up, but then there’s a space issue, how much could you grow?” he said. “It’s better to store food that will last.”

Charles has a one-year supply of food for his family, including his wife and four children. Meal-ready-to-eats (MREs), canned pasta and lots of canned fruit are stuffed into his apartment and his storage locker. He prepares for all sorts of disasters because he says no one should depend on the government to save them.

“The government couldn’t handle (Hurricane) Katrina. Compared to Yellowstone, Katrina was a drop in the bucket,” he said. “I have always heard as a rumour, they would wait for the masses to die and whatever survivors are left, that’s who they’d take care of, because they can’t take care of hundreds of millions of people we have living here in the United States.”

Jake Lowenstern, a geologist with the U.S. Geological Survey, is the guy in charge of the Yellowstone volcano observatory.

“Worst-case scenario, a super eruption is a thousand cubic kilometres of material gets sent out of the magma chamber. When that happens it’s going to send out a lot of ash, and it circles the globe and changes the climate for years, drops the temperature for a few years,” Lowenstern said.

He said while a super eruption is highly unlikely, and even if it does happen not many would survive, it doesn’t hurt to prep.
“Things you can do to prepare for one kind of disaster are useful for any kind of disaster: lots of food, water, medical supplies and batteries on hand, and for an eruption, add good masks, air filters and weather stripping to keep the ash out of homes.”

Impact of an Eruption of the Super Volcano

If Yellowstone really blew its top, scientists estimate that much of the United States and western Canada would be uninhabitable. Lava, poisonous gases, and a potential ten-foot layer of ash would cover the ground up to 1,000 miles away. Living in much of North America would become unbearable.

The eruption would drastically affect climates in various parts of the world, just like after the 1816 eruption of Mt. Tambora in Indonesia. This eruption was the main cause of crop failures throughout the northeastern U.S. and much of Europe. 1816 became known as the miserable “year without a summer.” Sheep and migratory birds died of the cold—in June.

Although scientists predict that the Yellowstone Volcano will not erupt for at least another 60,000 years, realizing that events like volcanic eruptions can cause food shortages suggests that it’s important to prepare before an emergency hits. Since disasters are unpredictable, we encourage building a supply now.

In addition to storing food, having an emergency kit would give you an edge on survival if any natural disaster or emergency happens in your area and you need to evacuate. If you’re not sure of potential dangers that may exist where you live, do a little research so that you can be as prepared as possible for any event.
Beforehand a Supervolcano Erupts, You Should Have
Extra dust masks.
Goggles (to protect your eyes from ash).

Non-perishable food to last several days or even weeks.

Wood for a fireplace or stove.

Extra-large (wide and long), heavy duty tarps for covering your home and vehicles from ash coming down.

Cash (forget credit cards and ATM’s in this situation)

Two-way radios with extra batteries (don’t depend on cell phone networks working for very long during a time of catastrophic disaster).

Plans and maps for evacuation to a distant region of the country or even to the Southern Hemisphere. An eruption of the Yellowstone Supervolcano is a major event and a vast amount of people in North America are likely to die. Surviving such an extreme event calls for extreme steps — such as journeying by foot, horse, or boat to lands in the Southern Hemisphere which scientists say will be least effected by an eruption of this magnitude.

Boat moored on the coast with extra fuel (not everyone owns a boat, but if you live near the East or West Coast a boat fully stocked with supplies can help you get several miles away and out of immediate danger).