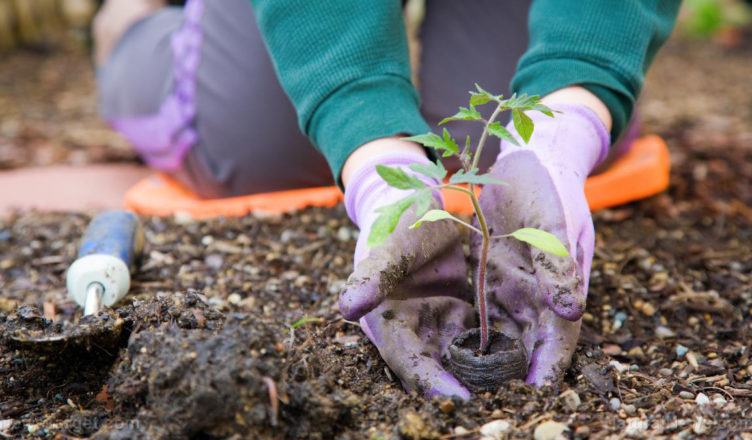 People who want to try out organic gardening may hesitate because of the negative things they may have heard or read about it. But most likely, the “knowledge” they put stock in happens to be incorrect.

First off, organic gardening is not more expensive than the conventional approach. It’s actually the opposite.

Organic produce bought from a gardening center or a grocery costs more because there is a “middleman” involved who wants to make a profit. But for organic gardening, all a person needs to buy is mulch and seeds, which are very inexpensive items.

Further, an organic gardener relies on natural solutions rather than commercial and chemical approaches. A bug spray made from garlic and pepper is cheaper, healthier, and safer than synthetic insecticide.

Organic gardening also encourages people to look for cheap DIY solutions to their problems. One example of saving money is planting the seeds in milk cartons or old containers instead of buying expensive pots.

Similarly, instead of buying commercial chemicals, organic gardeners use a DIY equivalent using natural products. Since they made the solution with their own hands, they know exactly what went into it and what it will do. (Related: Easily grow vegetables indoors.)

Second, organic gardening does not call for an entirely new skill set. Organic gardeners use the same skills as their conventional counterparts.

The main difference is that organic gardening doesn’t allow artificial chemicals. Synthetic fertilizers, herbicides, insecticides, and other substances were developed to make life easier for gardeners, but they turn out to be harmful and toxic

Since organic gardeners will not use such chemicals, they need to invest more time into tending their plants. But the additional work covers the fun part of gardening, such as organizing the plants with an eye toward efficiency and whipping up homemade mulch.

Further, it is not true that organic gardening forces the gardener to water new plants every day. This myth stems from the idea that their approach to planting injures the roots.

While organic planting does tend to rough up the roots of new plants, injured roots also absorb less water. Watering them daily will wear out the underground parts even faster.

Organic gardeners don’t wait until the soil dries before watering the new plants. Instead, they make sure the soil is already moist before planting.

Organic gardening is cheaper, safer, and easier than you may think

The fourth myth involves wood chips, the favorite source of mulch among organic farmers. They actually cost little and are easy to apply to gardens.

Wood does reduce the nitrogen count in the soil. The element breaks down the plant material.

Nitrogen is vital to the growth, development, and energy production of plants. Some fear that using wood chips as mulch will deplete nitrogen levels in the soil.

However, wood only takes tiny amounts of nitrogen. It leaves more than enough for plants, provides benefits of its own as mulch, and eventually returns the nitrogen once it decomposes.

Last but certainly not least, doubters assume that organic gardens produce lower yields than conventional counterparts. They base this myth on the belief that natural fertilizers and pest control cannot match the broad coverage of synthetic options.

However, that logic only applies to massive farms that grow large amounts of food crops. And while organic farming is unsuited for mass production, a personal garden is a much smaller affair.

Nothing stops the organic gardener from picking vegetables with high yields. Doing so lets a small organic garden match the output of a similarly sized plot without the harmful side effects of artificial chemicals.

DIY Water Well in a Day