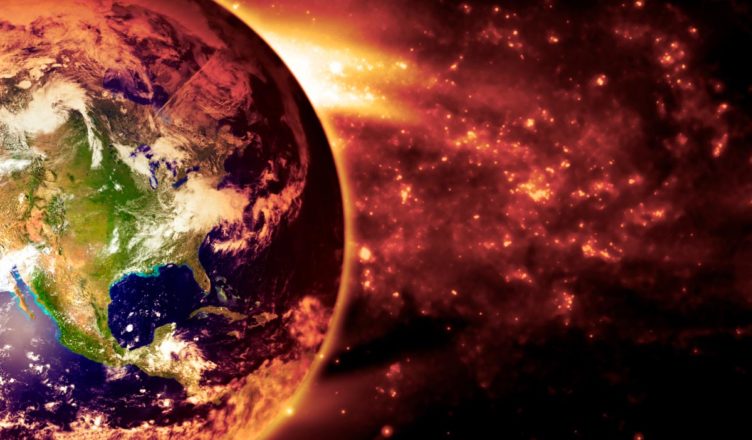 A new study found adjustments made to global surface temperature readings by scientists in recent years “are totally inconsistent with published and credible U.S. and other temperature data.”

The purpose of the widespread fraud has been to achieve “consensus” by exposing scientists to fake data that appear to show a catastrophic rise in average global temperatures. It’s all being done to support the moneymaking scam of carbon taxes that enrich fraudulent science hoaxers like Al Gore who are raking in billions of dollars from carbon tax schemes and oppressive government regulation of carbon emissions.

The fraudulent warming data are then used as a basis for climate modeling software systems that extrapolate the fraudulent data to predict “climate doomsday” for the planet. This is where delusional scientists like Stephen Hawking lose their minds and claim that Earth will be transformed into Venus with temperatures over 800 degrees (F) and sulfuric acid rain. In truth, humanity couldn’t achieve such large-scale terraforming outcomes even if we tried.

“Nearly all of the warming they are now showing are in the adjustments,” Meteorologist Joe D’Aleo, a study co-author, told The Daily Caller News Foundation in an interview. “Each dataset pushed down the 1940s warming and pushed up the current warming.”

The entire climate change / global warming narrative is an elaborate science hoax that’s being continually faked through the ongoing, systematic alteration of temperature data in order to “conform” with the false narrative. At every level, it is Orwellian science at its worst, complete with its own Ministry of Truth that pushes its false narrative through the fake news media. Many scientists are deliberately participating in the fraud, knowingly working to alter temperature data in order to prop up their delusional narratives that collapse under the slightest scrutiny.

This is why all rational skepticism about climate change is shamed and silenced: Because the fake science narrative cannot withstand scientific scrutiny. Thus, its proponents declare “the science is settled,” meaning no discussion or dissent shall be allowed (because if it were, the fraud would be quickly exposed).

This is how “science” got hijacked by climate change cultists who share more in common with dogmatic, tyrannical CULTS than anything that could be honestly labeled “science.” Watch my news video to learn more:


If you try to achieve “bulletproof protection” and to protect your family against dangerous people during times of disasters or even during regular days, then the Bulletproof Home Defense program can be a great choice for you. This is especially true if you are NOT looking for a very comprehensive course that contains dozens of videos and manuals, but instead prefer purchasing a straight to the point, practical and affordable guide.

Global Strategist: Judgment Day Is Coming: “This Will Be The Most Important Event Of Our Lives”