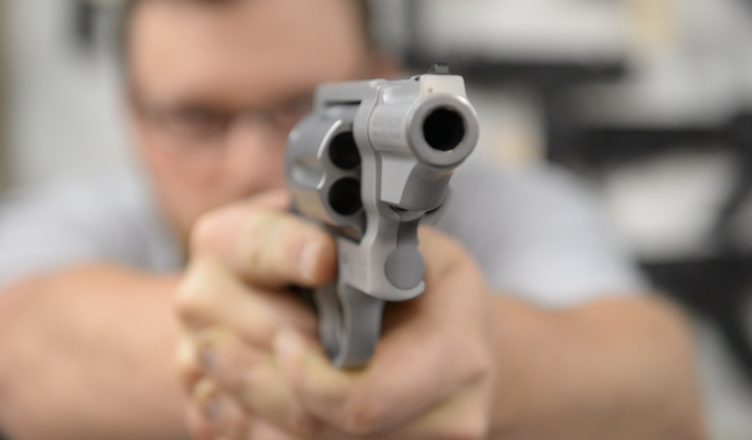 President Barack Obama is, arguably, the best gun salesman ever. Over 65 million guns have been purchased since the President took office in 2009. FBI background check statistics indicate that, over the last twelve months, Americans purchased a new gun every 1.5 seconds, a figure which suggests there is much more to the recent panic buying than people just stocking up to go hunting or sports shooting.

The following guns and ammo industry report indicates that every major gun and ammunition manufacturer in the country is running at 100% capacity, with many so far behind that they’ve stopped taking new orders altogether.

Smith & Wesson-is running at Full capacity making 300+ guns/day-mainly M&P pistols. They are unable to produce any more guns to help with the shortages.

DPMS: Can’t get enough parts to produce any more product.

Springfield Armory: Only company who can meet demand but are running 30-45 days behind.

AMMO: Every caliber is now Allocated! We are looking at a nation wide shortage of all calibers over the next 9 months. All plants are producing as much ammo as possible w/ of 1 BILLION rounds produced weekly. Most is military followed by L.E. and civilians are third in line.

MAGPUL is behind 1 MILLION mags, do not expect any large quantities of magpul anytime soon.

RELOADERS… ALL Remington, Winchester, CCI & Federal primers are going to ammo FIRST. There are no extra’s for reloading purposes… it could be 6-9 months before things get caught up. Sorry for the bleak news, but now we know what to expect in the coming months. Stay tuned, we’ll keep you posted…

Many who have exercised their Second Amendment protections are first time buyers concerned with Federal and State gun grabs being spearheaded by politicians who are using the Sandy Hook school shooting as a pretext to restrict access to personal defense rifles, larger capacity magazines, and even ammunition.

But this may only be a part of why there’s so much demand. There are millions of Americans who are genuinely concerned with not just the government taking their guns, but all of their other Constitutionally protected freedoms as well.

We understand what happens in regimes that disarm their people. We’ve seen the democide of the last century, which left hundreds of millions of people dead or displaced when their governments turned on them.

We are determined to prevent it from happening in the land of the free.

Manufacturers were running full-bore, but couldn’t come close to keeping up with market demand.

It wasn’t just the AR-15s, the AK-pattern rifles, the M1As, and the FALs that were sold out. It really hit me when I realized that the World War-era M1 Garands, M1 carbines, and Enfield .303s were gone, along with every last shell. Ubiquitous Mosin-Nagants—of which every gun store always seems to have 10-20—were gone. So was their ammo. Only a dust free space marked their passing. I’ve never seen anything like it.

Every weapon of military utility designed within the past 100+ years was gone.

This isn’t a society stocking up on certain guns because they fear they may be banned. This is a society preparing for war.

With over 300 million firearms in America in the hands of private citizens, the people are sending a loud and clear message to their government.

Back off. Stop encroaching on our personal liberties. Limit yourself to your Constitutionally granted powers and nothing more.

You’re not the only ones that are armed.

2 thoughts on “Guns And Ammo Production Maxed Out: “This is a Society Preparing For War””