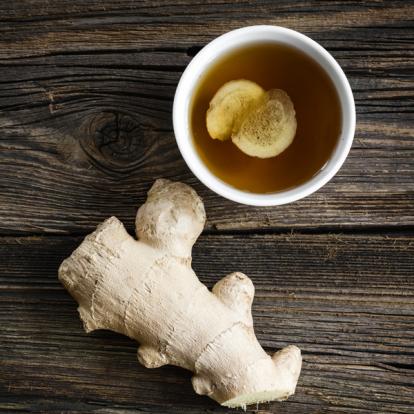 Herbs are hot and getting hotter. Years ago, anyone interested in using or “prescribing” plants for medicinal purposes had to rely on folklore and anecdotes. There was little proven, reliable research on herbs (and most of it was in German). But with public demand, studies have mounted and we now have proof (even among U.S. scientists!) that herbs are viable treatments for many ailments.

“Herbs won’t replace pharmaceuticals, but research shows that for many conditions, herbs work well and are less expensive than drugs,” says integrative physician Frank Lipman, M.D., founder of Eleven-Eleven Wellness Center in New York City. And unlike drugs, which just use the active ingredient, herbs usually don’t have side effects, Lipman adds. “The herbs are still in a whole, natural state and the other parts of the plant often mitigate the side effects,” he explains.

Here, then, are 22 herbs that have been proven to treat 25 common conditions. Stick to the dosages specified here, in the studies or on the label—and make sure to tell your doctor about any herbs you plan to take, especially if you are pregnant or nursing, have a chronic condition or take medication regularly; remember that even though herbs are natural, they can still be contraindicated.

1. Aloe vera for burns Aloe vera is the herb for minor (second-degree) burns, confirmed by a Surgery Today study. Apply 100 percent pure gel to burns several times a day—or, better yet, keep a potted plant on your windowsill and snip off a thick leaf, slit it open and apply the gel to the burn.

2. Black cohosh for menopause A study published in the journal Menopause found that black cohosh may prevent bone degradation and stimulate vaginal lubrication. Previous meta analyses have indicated that the herb, which is an option for women who can’t take estrogen, worked better than a tranquilizer or estrogen for hot flashes and other symptoms of menopause. “The vast majority of studies show benefit,” says Mark Blumenthal of the American Botanical Council in Austin, Texas.

Stock up on the essential supplements you need to reach your diet and fitness goals at GNC Live Well.

3. Boswellia for arthritis and joint injuries In a study published in Arthritis Research and Therapy, researchers gave people with osteoarthritis of the knee an extract of boswellia (5-Loxin). After three months, the herb group showed significantly greater relief than a placebo group.

5. Cranberry for urinary tract infections (UTIs) Cranberry prevents bacteria from sticking to the bladder long enough to cause an infection. A Phytomedicine study showed that women who had contracted six UTIs within the past year went for four months without developing an infection while taking a cranberry capsule daily.

6. Evening primrose oil for eczema Evening primrose seeds contain an oil with a high concentration of compounds rarely found in plants: the essential fatty acid gammalinolenic acid. There are more than 30 human studies reporting its benefits; in one, 1,207 patients found that the oil helped relieve the itching, swelling, crusting and redness of eczema.

7. Feverfew for migraine prevention A double-blind study published in the journal Cephalalgia showed that patients who took feverfew decreased their average frequency of migraines from 4.76 per month to 2.86 per month.

8. Garlic as an antibiotic and for cancer prevention Garlic’s antibiotic compound, alliin, has no medicinal value until the herb is chewed, chopped or crushed. Then an enzyme transforms alliin into a powerful antibiotic called allicin. Raw garlic has the most antibiotic potency, but garlic still has benefits when cooked. According to the National Cancer Institute, preliminary studies suggest that garlic consumption may also reduce the risk of developing several types of cancer, especially those of the gastrointestinal tract.

9. Ginger for nausea and vomiting A Danish study showed that new sailors prone to motion sickness had less vomiting, thanks to ginger, than a placebo group. (Take a 1-gram capsule of powdered ginger root about an hour before embarking, and another every two hours or as needed.) Meanwhile, research published in Obstetrics and Gynecology found that 88 percent of nausea-plagued pregnant women got relief taking 1 gram a day of ginger powder for no longer than four days.

10. Ginkgo for Alzheimer’s and antidepressant-induced sex problems In a landmark 1997 study from the Journal of the American Medical Association, researchers gave 202 people with Alzheimer’s either a placebo or 120 milligrams a day of ginkgo extract. A year later, the ginkgo group retained more mental function. From upstairs to downstairs: In a University of California at San Francisco study, investigators gave 209 milligrams of ginkgo a day to people suffering from antidepressant-induced sex problems (erection impairment, vaginal dryness and inability to reach orgasm). The herb helped 91 percent of the women and 76 percent of the men to return to normal sexual function.

12. Goldenseal for digestive-tract infections Goldenseal, an herbal antibiotic, is often marketed in combination with echinacea as a treatment for infections, but it is effective only in the digestive tract, not for colds or flu. At the University of Illinois in Chicago, researchers tested goldenseal against H. pylori, the bacteria that cause ulcers, and the herb inhibited bacterial growth. For gastrointestinal infections (e.g., ulcers, food poisoning, infectious diarrhea), ask your doctor about using goldenseal before trying it.

13. Lemon balm for anxiety and herpes Science has shown that lemon balm is tranquilizing. The herb and its oil have been used in Alzheimer’s units to calm agitation. To decompress after a tough day, try a cup of lemon-balm tea; for extra benefit, mix with chamomile. Lemon balm also has antiviral properties and has been shown to reduce the healing time of oral and genital herpes. German researchers gave people in the early stages of outbreaks lemon-balm cream or a placebo. The herb group had milder outbreaks that healed faster.

14. Milk thistle for liver health Silymarin in milk thistle seeds has a remarkable ability to protect the liver. This herb has been shown to help treat hepatitis and alcoholic cirrhosis. “In our analysis,” Blumenthal says, “a clear majority of studies support milk thistle for liver conditions.” Because most drugs are metabolized through the liver, herbalists recommend the herb for anyone taking liver-taxing medication.

15. Psyllium for digestive problems Psyllium is a tiny seed that contains mucilage, a soluble fiber that swells on exposure to water. For diarrhea, psyllium can absorb excess fluid in the gut. For constipation, it adds bulk to stool, which presses on the colon wall and triggers the nerves that produce the urge to go. When using psyllium, drink plenty of water.

16. Red pepper for pain relief Capsaicin, the compound that gives red pepper (cayenne) its fiery flavor, is a potent topical pain reliever, found in a German study to reduce pain by 50 percent versus placebo’s 23 percent. When rubbed on the skin, it causes mild burning but that sensation desensitizes nearby pain nerves and soothes pain in deeper tissues.

18. Tea for heart health Tea, particularly green tea, has rocketed to prominence as an herbal medicine. It’s high in antioxidants, which help prevent heart disease. In a study published in the Journal of the American Medical Association, researchers tracked the consumption of green tea by 40,530 adults over an 11-year period. Women who drank five or more cups a day reduced their risk of dying from cardiovascular disease by 31 percent and from stroke by 42 percent, compared to those who drank less than one cup per day.

20. Turmeric for arthritis and joint injuries Curcumin, the yellow pigment in turmeric, is an anti-inflammatory. In combination with boswellia, ashwagandha and ginger, it may treat osteoarthritis, according to a study published in the Journal of Clinical Rheumatology. And a study published in the journal Phytotherapy Research in March found curcumin to be comparable in efficacy to a prescription anti-inflammatory for treating rheumatoid arthritis.

21. Valerian for insomnia Studies have shown that valerian aids sleep, often as well as pharmaceutical sedatives but without risk of addiction. In a study in the European Journal of Medical Research, investigators gave 202 insomniacs valerian or a Valium-like tranquilizer. After six weeks, the treatments were equally effective.

22. White willow bark for pain relief White willow bark contains salicin, a close chemical relative of aspirin. A study in Phytomedicine followed people with severe back pain for 18 months. In the group taking white willow bark, 40 percent were pain-free after just four weeks; the same was true of only 18 percent of the second group, who could take whatever prescription drugs they wanted. Like aspirin, willow bark can cause stomach distress, and shouldn’t be given to children.

20 Medicinal Herbs That I Have in My Prepper Garden

Mother Nature: Healing What Ails You