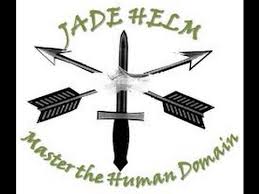 The following report was originally published by Dave Hodges at his The Common Sense Show website.

Editor’s Note: Reports so far detailing the nature of Jade Helm 15 indicate that this is the largest yet in training scenarios putting the United States population in the role of the enemy. Taking place over the course of months, it stages ‘disloyal’ Southwest states and various other locales as potential sites of insurrection and conflict. It may be the biggest pre-play yet of the coming federal-state showdown, and the apparent crackdown on dissidents and other enemies of the state that would be seen under martial law.

Already, preparations for riot police to take on civil unrest have played out in the Ferguson riots and the tense atmosphere between police and protesters alleging excessive force and racial targeting. The use of a black site was uncovered in Chicago, where police conducted off-the-books interrogations and suspects were held without due process. In the background, training has taken place on American soil to detain U.S. citizens deemed “enemy combatants” and take on all-out civil unrest. These military and Homeland Security drills – and police actions – have been matched by the legal language of the NDAA and frequent political rhetoric attempting to normalize a United States of Black Bagging – a path of repression and tyranny that does not easily turn backwards.

As I was working on a report concerning the existence of nationwide rendition centers known as black sites, I was sent a video, from multiple people, made by Aaron Dykes and Melissa Melton filming black helicopters, yesterday, in Texas (see video below). This video validates many reports that I am receiving about preemptive arrests of dissidents notated as “enemy combatants” in preparation for Jade Helm 15 and this is what I believe the two reporters are witnessing.

Dissident extractions consist of personnel in armored vehicles descending upon a home of a known dissident. The known dissident and the family are SWAT-teamed and arrested. The dissident is transported to a waiting helicopter where they and other similarly collected dissidents are transported to where ground transportation will be used to move the captives to a “black site re-education facility”. This protocol is for the main target only. The planned fate of dissident family members is something that I have not been able to determine

Please note that Jade Helm 15 (JH 15) is not commencing on July 15, 2015, as announced by the military. JH 15 is happening right now. Further, JH 15 is not only taking place in the American Southwest, there are multiple reports that JH 15 is also being conducted in North Carolina, South Carolina and Florida. In Florida, I have received reports of black sites that are in play and “dress rehearsals” are taking place as we speak. I have two reports from confidential sources that multiple black sites are in play in Tampa, FL

The dress rehearsals include, “abducting” drill volunteers as these people disappear to a black site for two days and then are released. One member of the staff at The Common Sense Show has also received a similar report, but to date, nobody has had the courage to go on the record.

When I began to receive reports from around the country about the discovery of black sites (let’s call them what they are “Rendition centers”), I made official inquiries to the city government of Chicago and the Chicago Police Department regarding the funding sources of their black sites (Yes, Chicago has more than one site which includes an underground facility on the north side of the city). I suspect that these city-run black sites are receiving DHS money as a part of Program 1033 which has militarized local police departments. The funding for the Chicago black sites is a closely guarded “state secret”. Three days of inquiries made to Chicago city and police officials proved fruitless as they will “answer no questions on this topic”.

I went through a number of my sources who I thought would have inside information. One source has confirmed that extractions of known dissidents, designated as “enemy combatants” will take place before a declaration of martial law. It is clear to me that this is what we are seeing in the Dykes-Melton video. The landing of these helicopters is likely simulating prisoner transfers to waiting vehicles which will complete the transport of a known dissident to a black site. If on the other hand, if the helicopters were a part of a more standard military operation, we would see corresponding military activity on the ground. The Dykes-Melton video does not show any corresponding military activity. People in Texas and Florida should also be on the look out for simulated SWAT team raids which would be a part of this activity. This has captured the attention the media in Utah, as I am appearing on a Utah radio station on Friday afternoon to answer questions as to why I think Utah was designated to be a “hostile” state in the JH 15 literature.

The bigger questions remain: When will this military snap exercise, known as JH 15, actually go live? And will there be a false flag event which will serve as a precipitating event? When will real Americans begin to disappear? There is one question that can now be answered as we at least we now know why the NDAA was passed.