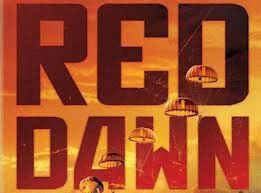 If World War III were to break out today, the U.S. would lose to its enemies, both foreign and domestic, that have conspired to change the balance of power on the planet.

There is no doubt that the Russians are being antagonistic and provocative with regard to their military activities. America and her NATO allies should and do feel threatened by an ongoing series of Russian military provocations accompanied by a record setting Russian military buildup.

The Russians just announced that a full squadron of ships from the Russian Navy’s Northern Fleet is holding drills in the English Channel! NATO has to be very nervous as war games have historically been used to launch an attack. In what can be labeled a strategic game changer, the Russians have announced that they are going to sell to their newest and most powerful ally, China, a sophisticated air defense system. This is a highly significant development because the Russians have always been reluctant to supply the Chinese with high level military equipment because they do not trust China. This technology transfer of highly sophisticated air defense clearly speaks to the fact that Russia believes that it will be fighting the United States long before it will have to face off with the Chinese. And who are the Chinese anticipating that will be attempting to drop bombs on their homeland? These developments identify the antagonists who will comprise the opposing sides of World War III: Russia, China with an assist from the BRICS vs. The United States and what’s left of NATO. And, yes, I believe that Germany will sit out this conflict on the sidelines.

The air defense weapons system sold to the Chinese is described by Russian officials as “A contract between Rosoboronexport and the Chinese Defense Ministry was signed at the beginning of this fall for the delivery of at least six battalions of S-400 air defense missile systems worth of more than $3 billion.”

Can there be any doubt that China and Russia are cooperating with regard to their efforts towards gearing up for a war with the United States? The Russians must be feeling desperate to put the Chinese on equal footing to the Russians with regard to an all-important air defense system. The Russians have demonstrated their aggressive military intentions as they have already illegally annexed Crimea. This action parallels what Hitler did in the Sudetenland as he seized as much territory as he could without firing a shot, prior to attacking Poland, in World War II. It would also appear that the Russians have been on a war footing for over three years at minimum. Take a moment and examine the following chart:

Russia Is Putting Its Money Where Its Mouth Is

Moscow is in the midst of the most expensive weapons modernization program in world history. From the period of 2016 through 2025, Russia’s defense spending is expected to reach $540 billion. No wonder Putin is “borrowing” from Russian retirement funds.

Much of the money is being spent making much of Russia’s nuclear arsenal “go stealth”, in which by 2016, Russian nuclear missiles could hit targets without being detected prior to striking the desired target. So much for mutually assured destruction (MAD).

The Russians next-generation bomber is nearly invisible to radar and their super-silent nuclear submarines are deadly, and according to the U.S. Navy, will be fully operational by 2025.

The X-Factor: The Traitor In the White House

As concerning as the Russian military build up is, nothing is more frightening as the blatant treason on display in the White House. Everything that this President has done is designed to weaken the U.S. military. In a series of widely publicized reports back in 2012, Russian paratroopers rehearsed seizing Denver International Airports and seizing the newly constructed underground CIA headquarters in the same area.

***** “One speculation in this report, however, does note that the scenario to be played out in late May (2012), in Colorado, as planned by the Americans, does, indeed, mirror similar plans of the Russian General Staff of actions to be taken in the case of sudden civil war where “outside forces” would be called upon to protect the government from overthrow by internal forces or armed rebellion by the military.“ *****

In Obama’s mind, what event could compel an armed rebellion by the military of such a magnitude that it would require a Russian invasion of Denver, CO?

It has been widely reported that following the failed rescue attempt by the Navy and the Army at Benghazi, which was nothing short of an attempted military coup, Obama has been a one man wrecking crew for U.S. military leadership.

This event reminds me of when Hitler discovered he had been betrayed by German General Irwin Rommel and other senior level German officers who attempted to assassinate Hitler. The Nazis killed these Generals and covered it up as war casualties. Obama politely retired our offending officers in disgrace. The deposed military senior command officer body count has reached over 260 officers removed by Obama. The net effect of these moves by Obama is to destroy the military leadership just in time for World War III. Why were Russian troops allowed into the previously conducted Grid EX II simulated EMP attack drill? Russian troops have also been used to police major events on American soil. This is martial law desensitization training in which the Russians are trained to interact with American citizens. Also, FEMA signed a bilateral agreement with the Russian military to permit a minimum of 15,000 Russian soldiers to train on American soil and this was at a time when both Russia and China threatened to nuke the United States if we dared to invade Syria or Iran in the Fall of 2013.

The following is a quote from the Russian Emergency Situations Ministry:

The document provides for expert cooperation in disaster response operations and to study the latest practices. In addition, the parties approved of U.S.-Russian cooperation in this field in 2013-2014, which envisages exchange of experience including in monitoring and forecasting emergency situations, training of rescuers, development of mine-rescuing and provision of security at mass events.”

Does any reasonable person think it is safe to follow Obama into World War III against the Russians? It is not a matter of “if” we will be fighting World War III, in a Red Dawn scenario, it is a matter of “when”.

Let’s not forget about the giveaway, to Russia by Obama, of seven strategically important oil-rich Alaskan Islands. I have been calling attention to this event for over two years. Maybe in light of everything else, we will start to pay attention to the significance of the giveaway of these Islands to the Russians.

The coalescence of these events will become more clear in the next part in this series as I believe I know where hostilities will likely first occur. The giveaway of Alaskan Islands to the Russians provides a clear and unmistakable clue. Editor’s Note: You can read Part II of this series ‘The Coming Arctic War‘ in which Dave discusses the specifics of the Arctic mobilization and how Russia, NATO and the United States are preparing for a future confrontation.

Russia Warns U.S. – Assist with Syria Cease-Fire Violators or Russia Will Do So Alone

Watch: This Is Why Russia Can’t Attack America: New Weapon Has “Near-Instantaneous Lethality”