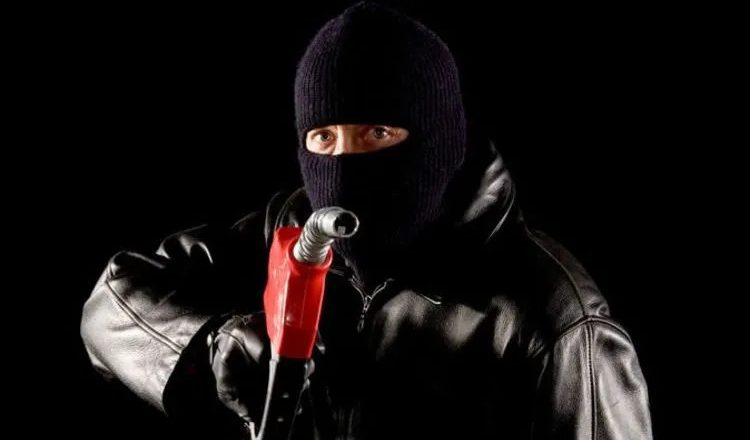 Unfortunately, because the prices of gasoline are inching higher every day, those who fill their tanks will be the subject of fuel theft. Many are finding it difficult to pay for this rise in the cost of gasoline and will begin to resort to theft to make sure they can have some.

Thieves are already beginning to target people’s gas tanks, and it’s only going to get worse as there is no end in sight to the rising fuel prices. People looking to steal gasoline are drilling holes in the tanks and draining the fuel. This is surprisingly easy on newer vehicles too, because they all have plastic gas tanks. It doesn’t take much to puncture them.

Because modern vehicles have a number of anti-siphoning technologies that help to deter the practice of siphoning, thieves resort to drilling holes. Some of the features that help deter siphoning include fuel doors that lock when the vehicle is locked, check valves that won’t allow fuel to come up the tube, or screens that prevent a hose from reaching down into the tank itself. These features are what have driven many criminals toward the destructive behavior of drilling straight into the tank itself.

3 Sustainable Ways To Reduce Your Dependence on the Supply Chain

Not only can thieves gain access to your gasoline rather quickly, but the flow rate of the fuel out of the tank and into a portable container is much faster than typical siphons.

For vehicle owners who have been the victims of this type of gasoline theft, this can be a huge problem. Replacing a fuel tank could cost thousands of dollars depending on the make and model of the vehicle in question. Some people are waiting a long time to get a new fuel tank too as supply chain issues compound.

In order to deter thieves, you should make it as hard as possible for them to simply drill into your tank. “There are several ways to attempt to deter thieves,” said the Lake Orion Police Department in a social media posting. “Attempting to make it harder may be the only way to not become a victim of this type of theft.”The police propose, first and foremost, to lock your vehicle when you’re away.

Many new vehicles will lock the fuel door at the same time. Add a locking gas cap if your car allows for it, for extra security. However, given that some thieves are known to cut filler lines and drill holes in the gas tank, the police department advises owners to park in well-lit areas and with your fuel door as well as the rear of your vehicle in view of cameras whenever possible. Avoid parking in dark places if at all possible.

If you can, install a skid plate on your gas tank. A determined thief could still drill through your tank, however, the additional time and effort it would take to drill through the skid plate or remove it before drilling into the tank may be enough to make the thief reconsider. You could also consider hiring a welder to make a metal enclosure to cover the entire tank, but that bears a cost in and of itself.

Sadly, other than parking in a well-lit area or spending a lot of money, there is not a lot that can be done. Thefts will continue and worsen as long as fuel prices remain this high. Hopefully, this is not a a sign of things to come as food prices and availability keep going up.

Learning from History: Take-Away Lessons from When SHTF in the Past