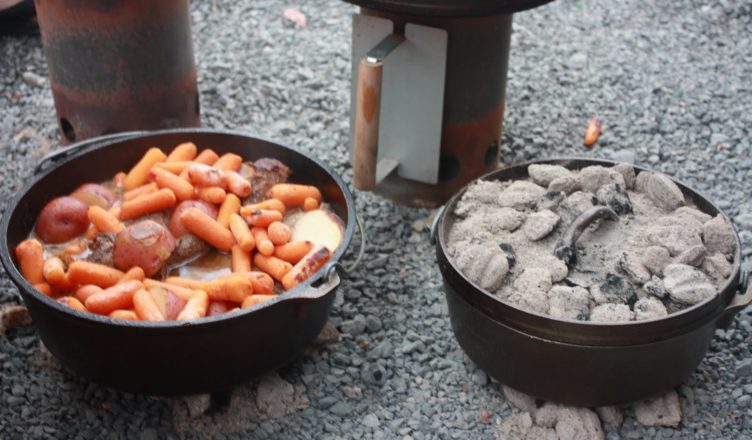 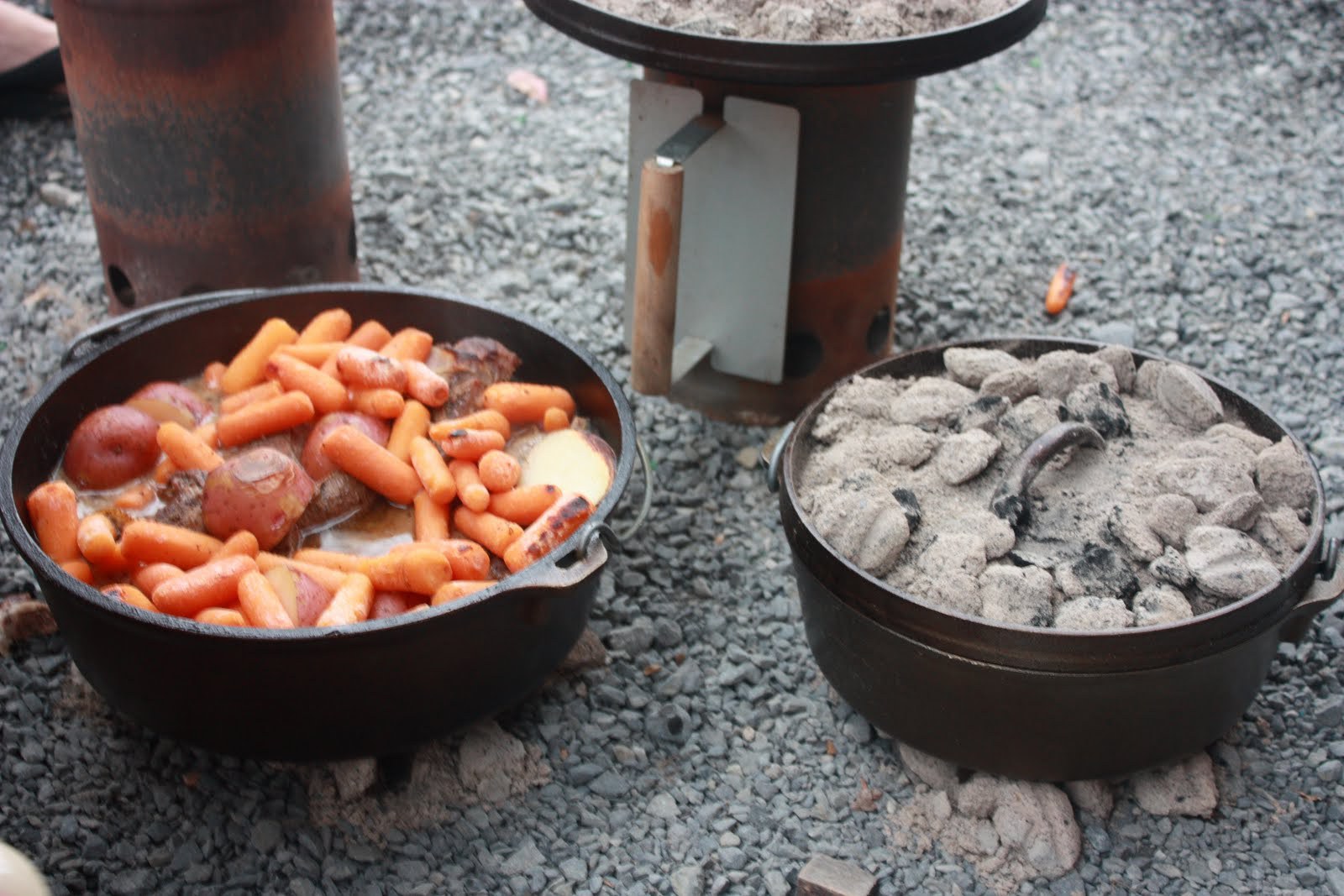 Slow cookers are wonderful things. Of course where I grew up, we simply called them “Crock Pots.” But since that’s a trademarked brand name, they are usually referred to as “slow cookers” when speaking of the devices generically. They are great for cooking an entire meal by planning a few hours ahead. Just throw in the ingredients, set the temperature, and let it go. However, as any cast iron aficionado will understand, sometimes you just prefer to break out the black iron.

And as any experienced cast iron cook knows, you don’t really need special cookbooks geared to cast iron cookware–although they are certainly nice to have. In reality, most recipes (with a few exceptions) can be cooked in cast iron. This is especially true of slow cooker recipes since a slow cooker is really nothing more than an electric dutch oven if you think about it. However, some conversion of cooking time is required.

Last summer, Kathleen Purvis of The Charlotte Observer wrote an article (no direct link remaining to my knowledge) on this exact subject that I saw reprinted in a number of papers around the country. To convert from cooking times from a slow cooker to a dutch oven, she offered this basic principle:

Although the math is pretty straightforward, I thought that some of you might appreciate a quick cheat sheet, so I created one based upon Kathleen Purvis’ suggestions:

None of the above times will be exact, so pay attention to the food cooking in your dutch oven that you don’t undercook it or overcook it. Kathleen Purvis also suggests adding more liquid to food cooked in dutch ovens because she says that more steam escapes from them than from a slow cooker. However, my experience has been just the opposite–the heavy lid of a dutch oven will sometimes hold in too much moisture. But your experience may vary, so be sure to watch out for this.

Finally, what about the obvious advantage that slow cookers have over dutch ovens when it comes to portability? Taking food in a dutch oven to the church potluck may not stay warm as long without the added heating element. Well, there is a solution for this; you can simply use a portable single burner such as the one from GE pictured below: 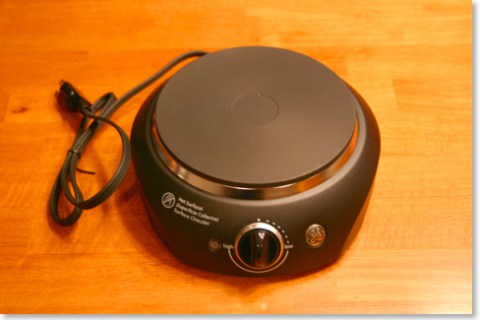 These single burners run a little less than $20 and can be used in the kitchen as an extra burner or even while camping (assuming you have access to electricity). Don’t expect them to get as hot as a burner on a stove, but they function well to keep things warm to hot, much like a slow cooker.

Earlier this week, we had about 15 people over to the house for dinner, and I needed to make room on the stove. As part of the meal, we were having Taco Soup. I had made it in advance, and it would have been very appropriate simply to transfer it to a slow cooker since I needed the space on my stovetop. However, I kept the soup in my new red enameled dutch oven I cooked it in, and simply moved it to the counter, sitting it on top of the single burner. 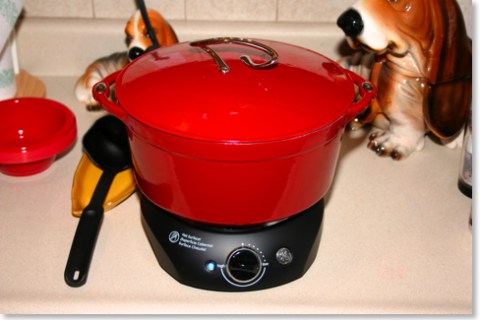 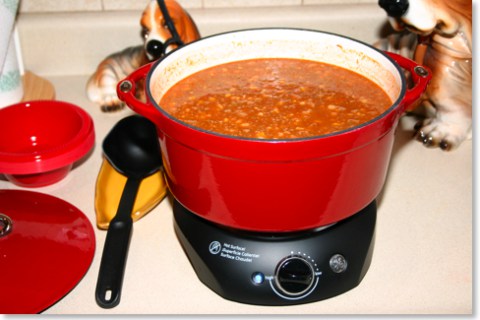 This worked out perfectly, and demonstrates quite well what you can do if you want to show off your cast iron at the next potluck, but keep it warm, too. In fact, as we were getting ready to eat the other night, one of our guests looked at my dutch oven sitting on top of the single burner and asked, “Is that some kind of new fancy Crock Pot?”

Back To Basics: How To Make Sugar At Home