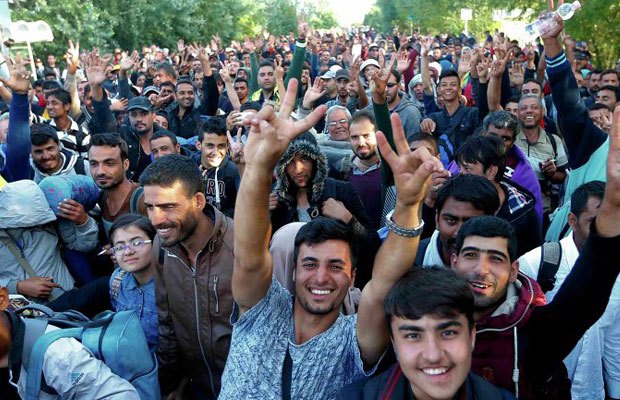 Editor’s Note: This article was generously contributed by Dan Sullivan who comes to us from his own blog, survivalsullivan.com. Dan talks about a situation that is impacting the world right now to varying degrees based upon your location. The consequences of the continuous waves of migrants is yet to be fully seen, but only a fool would argue that peace and love and happiness will be the result. If you live in an area where migrants are or will be flooding in, you could be forced to take precautions. To stay safe, you might need some of the tips on how to deal with migrants Dan shares below.

Despite the fact that winter is coming, Middle Eastern refugees are still coming into Europe in very large numbers as I’m writing this. There’s no doubt that the Old Continent will see permanent changes as far as demographics are concerned and, given that Muslim families are more fertile than Christians and atheists, we will see a veritable clash of civilizations in the coming 20 years.

If you’re in Europe, this article is probably one of the most important ones you’ve read this year. If you’re in the United States, you still have to worry since many of these refugees might be redirected to a camp near you and who knows how the immigration policies will change in the near future. We all need to learn to protect ourselves from this and we can’t do it unless we understand what’s going on and then prepare accordingly.

Let’s get right into the meat of the problem and talk about the most important aspect of dealing with migrants and refugees: safety and security. While I’m sure many of them are nice guys, the numerous incidents happening in Greece, Serbia, Hungary and Germany speak for themselves: rape, prostitution, fights and public humiliation show us that these people will have a hard time accepting our western values.

Before talking to a refugee (or anyone looking suspicious, for that matter), instead of assuming they’re nice, focus on protecting yourself in case they start using more than just words. Consider carrying some of these with you at all times:

In addition, consider taking self-defense lessons because you may not have time to go for your gun or it may not be in your vicinity. There are plenty of martial arts out there that you can learn such as Krav Maga, for instance. 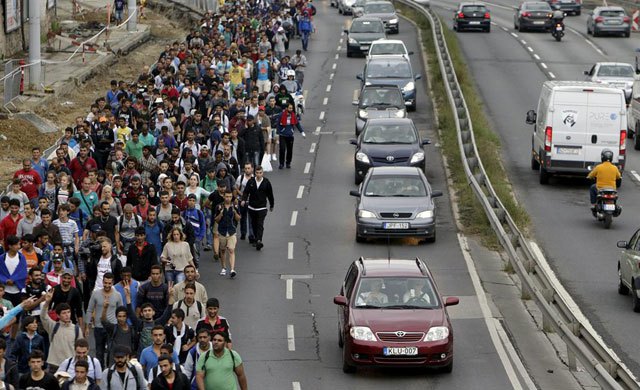 “If you don’t like receiving refugees in your town, you can leave!” That’s what a German mayor told his citizens. We’re looking at an absurd situation where small towns are forced to almost double in size simply by receiving these migrants. (source)

I’m sorry to say but you might have to leave your town if you want to continue living in peace. If the mayor has the last word and he or she is backed by law enforcement and the Government… you might not have a choice.

Being willing and ready to move at a moment’s notice assumes that:

Of course, if the immigration process will happen in your town the way it’s happening in these German towns right now, you’ll have plenty of time to make a decision, but you just never know how bad things will get once these people start rioting. 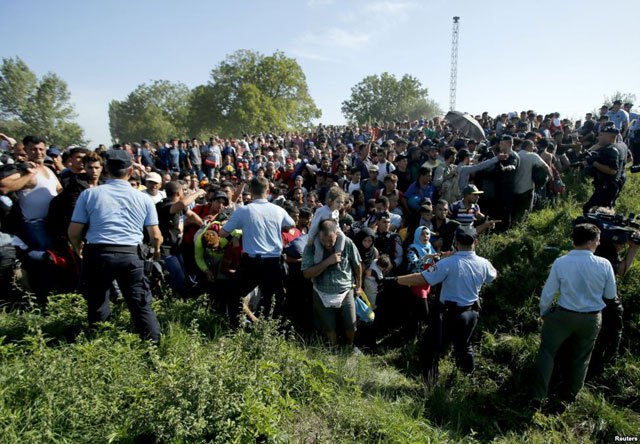 Have a bug out bag, have an EDC, have a get home bag, have a car bug out bag. In essence, these are all survival bags and you don’t need all of them, just the ones that make sense for your unique situation.

Prepare For a Job Loss

The more people arrive in your town, the more likely it is you’ll lose your job. They’ll be willing to work for a lot less than you are or they might be helped by the Government to integrate themselves faster.

Do Your Due Diligence 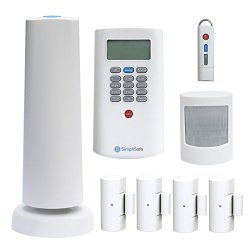 Since people with little or no income are more likely to loot and attack wealthier citizens, it’s pretty much a given that the crime rate in your city will increase.

A home security system could give your family precious seconds to defend your home.

I’m not going to post videos of immigrants fighting with each-other. I’m also not going to talk too much about the woman who was raped while trying to help these people (source). Instead, I’m going to show you what to do to protect yourself, your spouse and your kids. I’m sure you know these things but they’re definitely worth remembering:

No, I’m not saying you need to embrace Allah or that you should accept the refugees for what they are. What I’m saying is you have to be smart, even to outsmart them. For example, growing a beard might get some Muslims to assume you’re one of them and this might get you out of trouble.

Many of them will do anything to make money and a good portion of them will do it legally. It wouldn’t hurt to at least learn about business. You might find an opportunity to make more money than you are right now at your current job. You don’t have to be 100% negative about things, sometimes there’s opportunity right were you least expect it and all you have to do is find it.

Good luck, because, no matter how well you prepare, you’re gonna need it.

About the author: After working for two top survival info companies, Dan decided to teach on his own and set the ambitious objective of becoming an international survival guru. Teaching and doing are the two words that best describe him in his never-ending quest for top-notch survival content. You can read more of Dan’s articles at his site, www.survivalsullivan.com