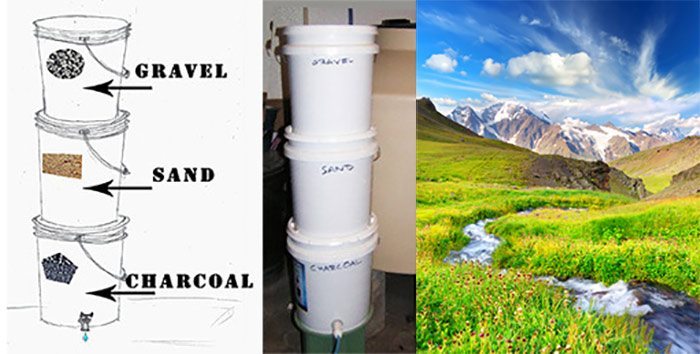 It could happen to you, you might have to drink water from a source you just don’t trust like the pond down the road, or a barrel of rain water. You might be forced to drink water from a lake or creek near your home. Is it safe? I don’t know either, I would rather be safe and have a way to filter it to be more comfortable drinking that water. Now if you planned ahead and have a commercial water filter for these situations then you are already set. 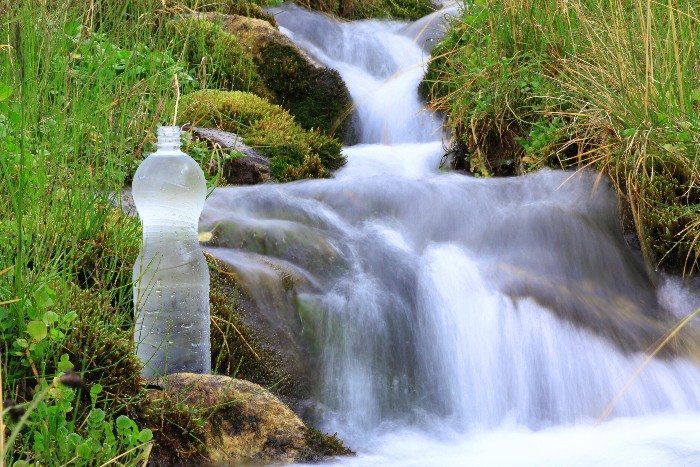 The water filter we are talking about here is one you can build if you never did get around to ordering that commercial water filter designed for emergencies. So now maybe you are in a little emergency and need a way to filter your water to make it safe to drink. Maybe you have a well but there is a question as to the water coming out of it, is it safe. Until it can can be tested you have to go to an alternative source of water. It is nice to know how to make one if needed.

Don’t forget you can make water drinkable by bringing it to a boil, the water does not need to actually boil but once you have a boil you are safe to drink it. It can also be made safe to drink with chlorine bleach, no additives, about 8 drops per gallon, then let the water stand for 30 minutes it is safe to drink.

You can make a filter on any scale you want, you could make the filter in one 5 gallon bucket or you can use three like the recipe in the article suggests. The difference is how well it will filter, the more media the water passes through the better the job it does of filtering. Also the more media you have the longer the filter will remain effective.

So three 5 gallon buckets is large enough to do a good job filtering your water and it will last some time as well. So just in case you need one and never did get around to ordering that commercial water filter for emergency’s, here is the plans to build one out of simple materials and five gallon buckets.

How To Build a 5 Gallon Bucket Water Filter

The Lost Ways survival guide emphasizes that it is important for human beings to learn those survival techniques and skills to a point where they can live without the internet, electricity, refrigeration and electronic gadgets, among other amenities. In this regard, Claude Davis has discussed various topics that he thinks modern people should know, some of which include:

These are some of the topics the author has covered in the lost ways book to help human beings learn survival skills. In other words, Claude believes that it is about time that Americans went back to their roots and learn what made their ancestors survive various challenges and hardships in their environments.

Going Off Grid? How to Prepare for Your First Year

Why you should begin homesteading today