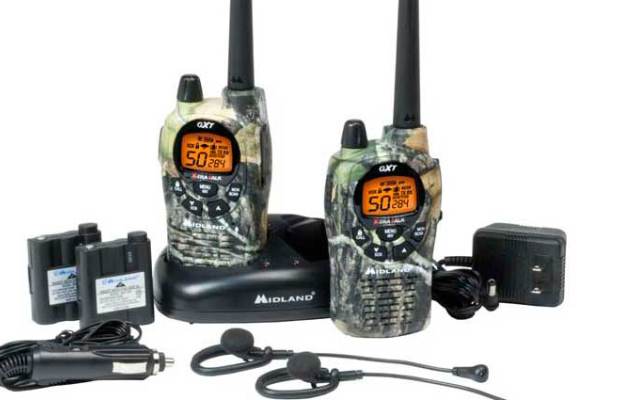 If you collect any random group of radio owners together and asked them what they would most like to improve on their radios, the chances are most of them would emphatically say ‘more range’.

Now, when we talk about greater range, it is important to realize there are two parts to a radio’s range.  The first part is how far away its transmission can be heard, the second part is from how far away it can receive transmissions from other radios.

There is usually little point in improving one part of a radio transceiver’s range without improving the other part as well.  What is the point of being able to transmit further than you can receive (or vice versa)?  The whole idea of a two-way radio transceiver is that you can communicate bi-directionally, both to and from some other person.

On the other hand, if you made some tweak to your receiving circuit so you could now hear stations twice as far away, and if they were to do the same thing to their receiving circuits too, then that would balance out and you’d both be able to send and receive to each other again.

So if you are seeking to optimize conditions among your own group’s radios, making an ‘unbalanced’ improvement to your radios is okay if you make the change to all the radios.  And of course, always, any better performing feature is to be preferred to an under-performing feature.

The most important thing you can do to improve your radio’s range – both for transmitting and receiving – is to improve its antenna.  For some strange reason (mainly cost, secondarily size) the standard default antenna that most radios come with is very disappointing and does not perform as well as an antenna is theoretically capable of doing.

A ‘good’ antenna may be a bit larger than the standard default the radio comes with (the ideal length for an ‘on radio’ FRS/GMRS antenna is about six inches) but that’s not a huge increase in size so is almost an essential ‘must do’ upgrade.

A poster on a Yahoo group about the Baofeng UV-5R transceivers gave a great example of the impact the antenna can have on the radio.  He measured the strength of transmitted signal from a UV-5Rwith its standard antenna, and with two different after-market antennas instead.

The standard antenna gave a signal strength of -19 dBm.  The first of the two after market antennas gave a strength of -12 dBm and the second one came in at -10 dBm (lower numbers are better).

Now for the amazing thing.  These are logarithmic measurements, so a 9dBm change is about the same as an 8.5-fold increase in transmitting power AND receiver sensitivity.  Oh – the cost of this amazing antenna that converted the radio from an average performer to a super-performer (the Nagoya NA-701)?  Less than $10 on Amazon!

Now if you have a FRS radio, you probably can’t replace the factory antenna, because it almost certainly comes with a fixed ‘hard wired’ antenna.  The same is true of most but not all GMRS radios (especially the low-priced ‘blister pack’ consumer units).  The importance of a good antenna can not be overstated, and so you should make this a part of your buying evaluation of radios – do they have removable antennas or not.

A good antenna is by far the best thing you can do to improve your radio’s performance.  It will give you a balanced improvement in both transmitting and receiving capabilities, and will give you the equivalent of a hugely overpowered transmitter, without breaking the law/restrictions on transmitter power, and without using up your batteries more quickly (which would happen if the transmitter was consuming power at a much greater rate).

If you have a radio to be used in your car or at your home/retreat/wherever, you have more options for antennas without needing to be quite so concerned about antenna size/weight/portability.  In particular, there’s another amazing transformation you can do for a fixed ‘base’ station, and that is to mount your antenna outside the building, and as high up as possible.

Getting your antenna up higher not only gives a clearer line of sight to nearby radios, but also extends the line of sight distance for further away ones.  At typical heights when your radio is being held to your head, the horizon is only 3 miles away (and if the other radio you are communicating with is also, say, 5.5 ft above ground level, then the total distance between you should be under 6 miles for line of sight conditions).  But if your antenna is 20 ft up, you’ve almost doubled the distance to the horizon, and you could now be almost 9 miles away from the tower antenna.

If your communications will always be in one general direction, you can also consider choosing a directional antenna to focus your transmitting power (and your receiving sensitivity too of course) in only one part of the hemisphere that otherwise radiates out from your antenna.  Even if that is not the case, there can be advantages to having both a general antenna and also a very directionally focused one, and if you need to, switch from the general to the directional antenna and point it where the other radio you want to communicate with is, and that will surely give you another doubling or quadrupling of equivalent transmitter power and receiver sensitivity.

Note :  Please also see our two-part article on how to choose and install an external antenna for more information about improving your radio’s antenna.

How important is this?

Your radio’s receiver will work pretty much the same with either voltage.  But your radio’s transmitting power is probably proportional to the square of the battery voltage.  In theory this is true, but maybe the radio has a voltage limiting circuit inside it and cuts down the voltage from the standard batteries and runs at full power with rechargeables.

Assuming no voltage limiting circuitry, then with the rechargeable batteries, your radio might be only developing 64% of the power it would with the standard batteries.  That’s an appreciable power reduction – not as significant as with an antenna change, for sure, but still an appreciable one, and if you’re in an area of marginal coverage, it might make all the difference between getting a signal out or not.

Oh – in addition, if you’re in a marginal coverage area, make sure your batteries are reasonably fully charged.  That could help, too.

We suggest you get an external microphone/speaker or earpiece/microphone for your radio, so that when you are transmitting, or struggling to receive a weak signal, you can hold your radio not at your mouth but high above your head.

Not only does this give your signal a bit more clearance, but it prevents your body from soaking up some/much of the signal.

If this is not practical, at the very least, and as best you know where the other people you wish to talk with are, don’t put your body between the radio and the direction you want to transmit/receive.  That can sometimes make a small bit of difference too.

If there’s a big barn immediately next to you and blocking your line of sight to the other radio you are trying to communicate with, then (if the signal is poor) move so that the barn is no longer blocking you.

If you’re in a small dip in the land, climb out of it and onto the highest ground you can find.

While radio waves will go through objects to some extent, as a general rule of thumb, the more clearly you can see the other person you want to communicate with, the more clearly your radio signal will reach him, and the more obstructions between you, the lower the signal quality will be.

The preceding items are about all you can do once you’ve bought your radio(s).

But you need to consider performance issues when first buying your radios to start with.  We’ll be writing about this separately and soon.

In general, we suggest the most important part of your radio to optimize is its receiving ability.  Think in real life – which super-power would you prefer :  Super-hearing or a super-loud voice?  Most people would choose super-hearing, and you should too.

Your objective is not to be heard by everyone, everywhere, within an extraordinary radius of your radio.  Rather, you want to be able to hear everyone – friend, foe, and neutral stranger – and communicate primarily with those you need to communicate with and ideally without being overheard by any more people than you absolutely can’t avoid.

The less transmitting power you need and use, the better.  That keeps your transmissions closer to ‘below the radar’ of other people who might be out there, and saves the batteries in your radio.

This is part of a growing series of articles we are publishing on GMRS and related types of walkie-talkie radios.  You can see everything to do with all sorts of communications here (both wireless and wired).