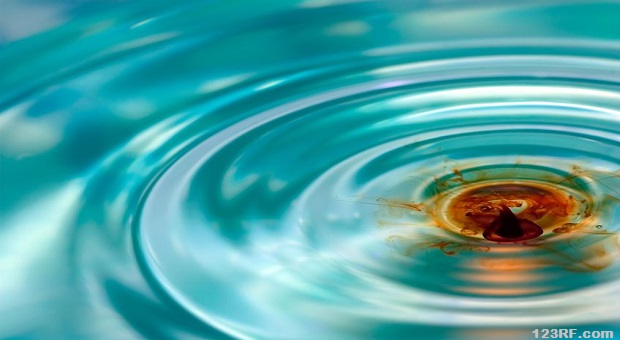 Without a doubt, water should be your number one priority after personal safety in a survival situation. The problem, though, is that water sources may be contaminated. In order to ensure that your water is safe to drink, you’ll need to filter and purify it. There are a few different ways to do this, but today we’re going to tell you how to purify your water with iodine for survival.

First and foremost, you need to know that, even under ideal circumstances, you can only survive about 3 days without water. The time may be shorter or just a bit longer depending upon your physical condition.

If you feel thirsty, you’re already in the beginning stages of dehydration. Don’t wait any longer to start looking for a water source if you haven’t already stockpiled your own or located a safe source. That should be the first thing that you do as soon as you know that it’s safe to venture out.

Whatever you do, DO NOT succumb to your thirst and drink from any water source that you’re not positive is safe prior to purifying it; pathogens in water can quite literally kill you.

How Does Iodine Purify Water?

Iodine kills the bacteria in water by disrupting the ionic balance within the pathogenic cells. It replaces the chemicals necessary for the bacteria or virus to thrive with iodide ions.

You can buy iodine in tablets, crystals, or tincture of iodine. The tincture is the same exact orangish red stuff that your mom probably put on your cuts and scrapes when you were a kid. Be careful not to confuse iodine with betadine, though. The two are different and only iodine is cleared as a safe, effective way to purify water.

If you remember correctly, iodine smelled funny and it dyed your skin orange. It does the same thing to your water and can be toxic if you use too much, just like bleach can. It can be especially harmful to kids and pregnant women and we don’t recommend that you use iodine as your primary water purification method in a survival situation.

However, it will do in a pinch and is most assuredly effective.

How Much Iodine Does It Take to Purify Water?
If you’re using tincture of iodine, use about 2 drops per quart of clear water and 10 drops for cloudy water. Let it stand for at least 30 minutes in order for the iodine to kill the nasties. Be warned that using tincture of iodine is going to change both the flavor and the color of your water.

If you’re using crystals, follow the directions on the bottle. One small bottle of iodine crystals can treat up to 2000 quarts. But if you’re in the US, this product is tough to come by because it was nixed by the DEA. Apparently it was being used illicitly to make crystal meth so they banned it even though it was a great, portable, inexpensive way to kill pathogens without drastically changing the flavor of the water.

If you’re using tablets, follow the directions on the packaging, though the most popular ones typically require 2 tablets per quart of water. Again, you’ll need to let the water sit for at least 30 minutes so that the iodine can effectively kill the pathogens in the water.

A Few Important Notes about Using Iodine to Purify Water

As we’ve already stated, iodine can be toxic if you use more than directed. There may also be health consequences for long-term use. On the other hand, iodine in small amounts is required by your body in order to function properly, which is why the government mandated that salt be iodized in the 1920’s. People were severely iodine-deficient and were experiencing some pretty severe health issues such as goiters and other thyroid issues. It’s like many other nutrients – you can’t live without it, but it will kill you in large doses. Just follow the directions.
Filtering your water to remove the larger pieces of debris prior to adding the iodine is ideal. Pathogens tend to cling to large particles so removing them makes the iodine more effective, faster. You don’t want to drink chunks of stuff anyway.
Iodine only kills living pathogens. If water is contaminated with poisons such as fertilizers or pesticides, heavy metals, certain parasites, radiation, or other forms of toxins, iodine isn’t going to help.
If you’re allergic to iodine, don’t use this method to purify your water. Of course this is a no-brainer, but still. Just don’t.

Iodine is effective against disease-causing pathogens, is affordable, and is extremely portable. Since it’s simple to use, it makes a great emergency water purifier but we still recommend using a combination of filtration and purification just to make the cleanest drinking water available.

Chlorine tabs or liquid are also effective methods and actually work better than iodine, but if you don’t have those options, iodine will most certainly work in a pinch.

If you have any comments about how to purify water with iodine, please share in the comments section below. We love to hear from you!

Discover about surviving during crisis on Conquering the Coming Collapse.

This article has been written by Theresa Crouse for Survivopedia.
About Theresa Crouse
Theresa Crouse is a full-time writer currently living in central Florida. She was born and raised in the hills of West Virginia, where she learned to farm, hunt, fish, and live off the land from an early age. She prefers to live off the grid as much as possible and does her best to follow the “leave nothing behind but footprints” philosophy. For fun, she enjoys shooting, kayaking, tinkering on her car and motorcycle, and just about anything else that involves water, going fast, or the outdoors. You can send Theresa a message at theresa.crouse [at] survivopedia.com.

Frugal Prepping: 30 Survival Items You Can Get at the Dollar Store