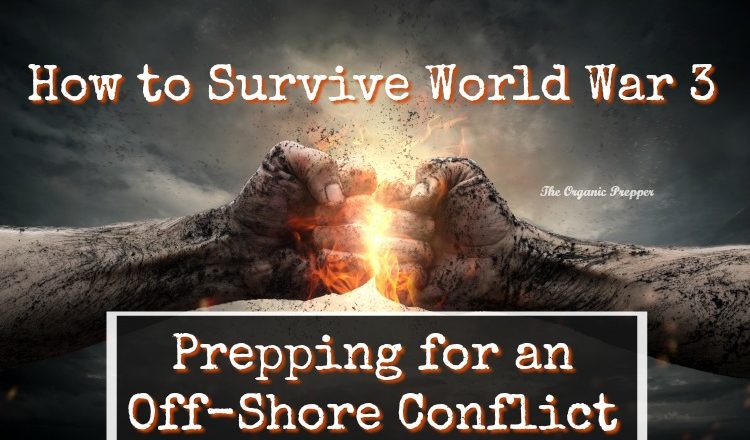 If an all-out war erupts, it will be like nothing the Earth has seen before. All of our “progress” means that each side now has the weapons at their disposal to destroy their enemy many times over. Because of this, we can’t as readily look back in history to learn how to survive World War 3.

Most of the time, when I write an article, it’s based on research or personal experience. I can find times when the incident has occurred in the past and study them. I can learn what catastrophes came hand-in-hand, and analyze what we need to know ahead of time to survive. The potential of a conflict like WWIII is quite different because, during the last World War, our technology was a drop in the bucket compared to what is now available. The situation we have now is called MAD – Mutually Assured Destruction – and the acronym couldn’t be any more accurate because it’s utter madness to destroy our world.

I have to be honest. This is based on speculation because we just don’t know how it would play out. It’s based on the most likely consequences, on what I know of our economy, on how wars have played out for ordinary citizens in the past, and on what I know of general preparedness. Earlier this week, I posted a compilation of reader’s comments about what we could face if we went to war. You can read that article here.

What this article is not about

There are some topics I won’t be covering in this article.

Current events: This won’t cover the current bombings, sabre-rattling, and incidents. I recommend the following sources for that coverage:

The dubious morality of war: A lot of folks seem to be thrilled at the concept of war. They don’t seem to comprehend that whatever our military does to another country, someone else could come along and do to us. The stuff I saw on social media reminded me of that naive scene in Gone with the Wind, when Civil War was declared and all the young men at the barbecue were whooping with excitement, having no idea of the horrors and brutality that would soon occur.

The United States is not untouchable, and I won’t even discuss the dubious morality of war. All I’ll say to those folks who are cheering from the sidelines and treating it like a football game, “You have no idea what you’re asking for.”

Nuclear war: Although a nuclear strike is a possibility, that isn’t a topic that will be covered in this article. That horrible prospect requires far more than I can provide in the scope of a single article. (Here’s some basic information on surviving a nuclear strike and you can look for a very thorough upcoming crash course on the topic at Preppers University – sign up here to get on the email list so you’ll be alerted when it is available.)

Attacks on American soil: This article is pretty long already and that topic deserves its own article – look for it next week.

Rainbows and Unicorns: And finally, before we get started, a quick note to all of the people who scorn articles like this as “fear-mongering:

Is it less frightening to face a situation with no knowledge of how it might play out? Is it preferable to be blithely unaware of what might befall us? Would you rather it all be a horrible shock for which you are completely unprepared? If that’s your philosophy, stop reading now. I’d hate to ruin the surprise for you. Go ahead and believe in unicorns and rainbows.

For the rest of us, who want to give our families the best possible odds, read on.

In a non-nuclear conflict, there are two possible scenarios: fighting in distant lands and conflict on our soil. Many of the preparations are the same, so we’ll start with involvement from a distance.

While some people will become mind-blowingly wealthy due to war, it won’t be ordinary folks like us. If previous World Wars are a good indicator, we’ll be asked to make sacrifices to “support” our soldiers.Think about all of the WW2 propaganda posters that encourage people to raise their own food, to go without certain items, and to whole-heartedly embrace rations. I can assure you that people who own stock in defense companies won’t be dining on pigeon and squirrel, but I can’t say the same for the rest of us.

Whether you wish to live frugally or not, it will be forced upon all but the most well-to-do.  This is in part due to shortages (which we’ll discuss below) that will drive up the cost of consumer products. The price of transportation will also increase due to inflated gasoline prices, and this will affect the cost of every single good that has to be transported across any distance.

It’s likely that jobs will be available, due to increased enlistment in the military. (This could be due to a draft or simply voluntary sign-ups.) However, the money you make will have to go much further to combat the price increases.

Here are some immediate steps you can take to help counteract these potential economic ramifications. And if nothing bad happens, this won’t go the way of the Y2K preps. All of these are logical and reasonable steps for anyone to take to protect themselves from a financial downturn.

Stock up NOW. There’s no time to waste, given current global tensions. You need to have as much food quietly stashed away as possible. Remember that hungry friends and neighbors can be a threat later if you have food and they don’t, so keep your preps on the down-low.

Enact your self-reliance strategies NOW.  If you’ve been idly pondering the idea of a garden or a few chickens, put those plans into action. Raising food isn’t as easy as throwing some seeds in the dirt or erecting a chicken coop and tossing the birds a handful of grain now and then. Thinking that a survival homestead is something you can do later, on the spur of the moment is a terrible – and potentially deadly – mistake.

Keep cash on hand. In a crisis, banks often close and if this happens you won’t be able to access your money. Another possibility is that a cyber attack could cripple the financial system. Keep at least enough cash for a month’s worth of expenses. Have the cash in small denominations so that you won’t have to try and get change during an emergency.

Invest in precious metals. For many of us, the best investment is tangible goods like food, tools, and homesteading supplies. However, if you are in a situation in which you have wealth to guard, the best way to do this is with precious metals. Gold and silver will hold their value even if the dollar goes under.

Learn to live frugally. Living beneath your means will help you survive potential economic woes. 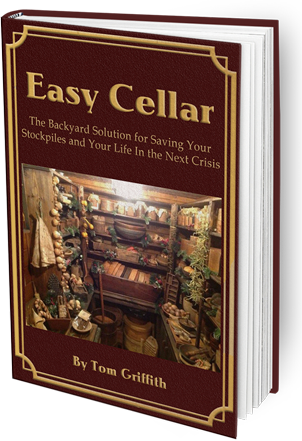 Focus on general preparedness. Aside from the specifics mentioned above, do everything you can to become more prepared in a general way. This will help you take any difficulties in stride.

Shortages That We Could Expect

Another issue that comes hand in hand with war is shortages. We live in a country that runs on imports. The US has a trade deficit of over $500 billion. (source) This means that we import far more than we export, which could be a massive issue in the event of a war. This could happen in a few different ways:

When President Trump was inaugurated and said that he was going to tax imports, many articles were written about how an import tax could affect our cost of living. The same information is applicable if you look at it through the scope of war. Although the imports wouldn’t necessarily be taxed, we’d be looking at similar shortages. (This article on Consumer Reports gives an excellent overview on what could be affected due to an import tax.)

Here are some of the shortages we could anticipate and supporting links to help you prep for them:

Gasoline: A fuel shortage will, quite literally, affect everything. It will increase the cost of goods because getting them from one side of the country to the other will be more expensive. It will cause shortages because importing the goods into the country from elsewhere will be more difficult and costly. The ability to travel or commute will be affected for many people, causing it to be more difficult to get to work or school. Our worlds will get much smaller in such a situation.

This could happen in a few different ways. First, our fuel could be diverted to the war effort, or secondly, since a quarter of our petroleum comes from other countries (source), a shortage could evolve the same way as shortages of consumer goods, as addressed above.

Food: For all of the reasons mentioned above, we could be facing food shortages. America imports $130 billion per year worth of food, and we have all become accustomed to blueberries in December and bananas on demand. In 2011, statistics showed that 20% of our food is imported with particular emphasis on seafood (70%) and produce (35%).  With droughts and weather concerns plaguing agricultural hubs of the country over the past few years, this percentage has surely risen, although I was unable to find specific recent statistics.

Shortages of prescription medications could result in increased use of medical facilities due to uncontrolled heart conditions, diabetes, or other chronic ailments. This could cause reduced access to physicians, fewer available beds in hospitals, and higher prices for drugs that are available.

Power: In previous conflicts, power has been rationed in some parts of the world. This could be anything from predictable rolling blackouts to cutting power entirely in order to “support the war effort.”

Of course, during WW2, people were less reliant on electronics for every facet of their lives. Now, we are all completely hooked into the grid. Most folks rely on it for everything: information,  warmth, communication, money, and food storage. If that grid was no longer reliable, everything would change and some people would have a lot of difficulty adapting.

If your budget is tight, I strongly recommend against investing in a generator. First of all, they’re expensive and that money can be spent elsewhere. Unless it is solar, you’ll have to have fuel to run it. And it’s a pretty safe bet that if electricity is rationed, fuel will be outrageously expensive and difficult to acquire.

What if the conflict hits American soil?

The last time there was war on the American mainland was during the American Civil War. The next article in this series will discuss ways to prepare for the potential of conflict if it comes to us. Be sure to sign up for the newsletter so you don’t miss it.

SHTF Planning: 7 Ways to Use The Items Around You To Adapt and Survive