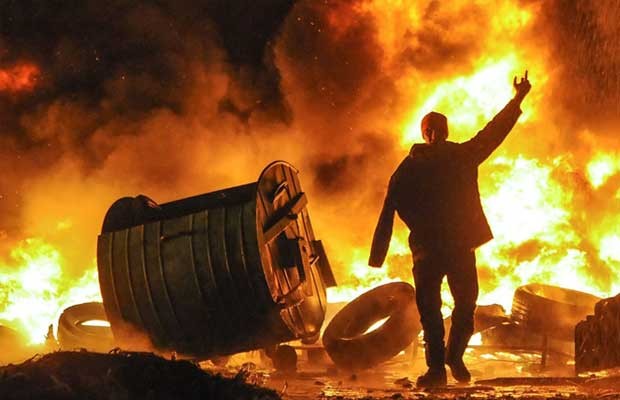 At some point in your prepping journey you will need to think about Security and for many of us, these are the first thoughts that trigger an initial investigation into the world of prepping. Security in the context of prepping, from my stand-point encompasses your safety in a possibly unsafe world. Security is a broad topic that covers a lot of territory and seems to work itself into most aspects of life in one form or other in the grid-down hypothetical context and there is no shortage of debate when you start digging into the details, opinions and recommendations.

Security from the standpoint of your home deals with keeping you safe from people trying to get into your home. Security in a bug out scenario usually gets into threats from those who might try to harm you when you are out of the relative safety of any structure. Security is almost always focused on the threat of humans to your safety, but there are those who downplay any threat at all or who recommend a different tactic of running away as a solution.

My articles in the Prepper Journal have a definite slant towards using firearms as defensive options and I know that is anathema to some of you. There are people who simply do not believe that firearms should be allowed anywhere. There are others who believe that only the military or the police should have weapons. There are still others that believe you will surely die if weapons are involved because you are an idiot with no training so you should swim out to sea to avoid confrontation at all costs. All of these positions seem to me to ignore history completely and put preppers at a disadvantage that could end up killing your family more quickly than if you had taken the opposite tract and understood that the world is full of evil and evil rarely goes down without a fight. Some advocate our only hope is to pack up everything we have and move thousands of miles away. To me that is an incredibly naive position that assumes everyone has the resources and capabilities as they do. 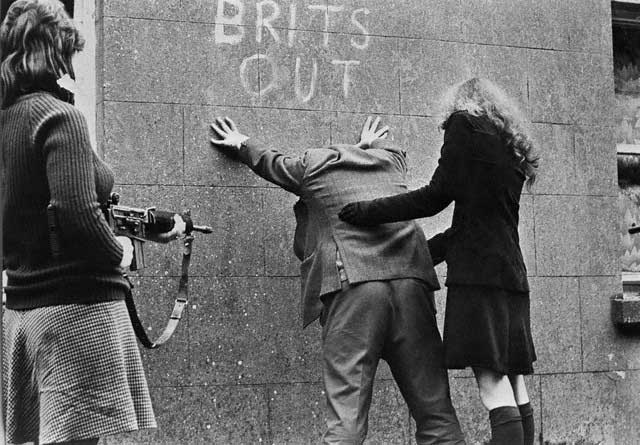 Illusion Busting: The world is not a peaceful place

Can’t we all just get along? The immortal words of Rodney King still come to my mind when we talk about defending ourselves from violence. Sure, it would be great if everyone in the world settled their differences with calm reasoned debate and plenty of compromise, warm hugs and thank you cards, but that is pure fantasy. Today, when we have agreements and compromise, they really only have a chance of forming or lasting because there is some societal order. When consequences of a legal system for your actions are a clear possibility, people try harder to get along. When people are safe to complain about how you are acting without fear they will be injured, you play nice. Take that societal structure of safety away and we return to a more primitive style of handling things.

Ideals are peaceful, history is violent.

I recently watched the movie Fury. If you haven’t seen the movie, it is set during the end of WWII. Without getting into too many details, the main character; a battle hardened tank commander, is trying to get his fresh-faced new private to see the reality of war. When everything the new guy sees around him is so completely different from the world he grew up in, he shuts down and actually wishes to die rather than face the ugly reality of war. The commander says “Ideals are peaceful, history is violent” as a way of communicating the reality of their present situation. War is hell and people die. Bad guys will try to kill you and there isn’t any getting along right now. You can’t simply refuse to kill the enemy, because if you don’t kill them, they will surely kill you.

For what it’s worth, if you like war movies, Fury is a good one, but the line that apparently was Ad-libbed by Brad Pitt struck me as a poignant reminder of two things. First, that I prepare for bad times because history has a way of repeating itself. I think it is foolish to expect the best forever and always and I have millions of events on my side to back that precaution up. We have had it far too good for far too long. The second thing is that during history, we have seen as humans one heck of a lot of violence. That is our nature and violence is to be expected in certain situations. If there ever was a time to expect violence it is if the grid goes down or TEOTWAWKI happens.

I understand that due to location or background, some people are unable to own firearms. I understand that the average civilian with little training is no match for an organized group of mercenaries. I completely agree that a single person with a gun is not going to last for long in an Alamo stand against a mob of people intent on getting in. That is not the point of this article. 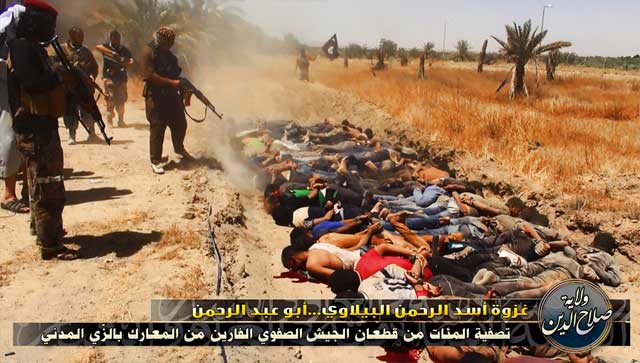 The point of this article is to try to convey to you that if you don’t plan for violence you may not be able to do anything about it. Could you die during the course of defending your life? Of course you could, but we all die eventually. I am not saying you should go out in a hail of bullets, but I am saying if you want to have a chance in a violent world, you should consider leveling the playing field. Sure, you might not win that gun-fight, but you definitely won’t win if you are hiding in the closet holding a bat when the bad guys with guns kick in the door.

Running away from a fight is a short-term strategy. If you can run away from a gun fight I think that is the wisest move you can make, but what if you can’t? What if you can no longer run? What if there is nowhere left to run? What if you sail out to sea thinking you are the smartest person in the world and pirates come and take over your boat because they out gun you? When your wife is getting raped on the floor in front of you, will you wish you had been able to at least try to defend her then?

I know this post may offend some of you and I won’t win over those who will say “I would rather die than live in a world like that”. There are some who simply disagree and that too is human nature. Some of you would rather die than try to defend your life and sadly, I think that is what will happen. But if that is your attitude, why are you prepping at all?

At a recent gun show I attended I was struck with how much the attendance had grown over the years. 10 years ago we might have had 2 gun shows a year in my town, now it is more like 7. Each show is more packed and I marveled at how full the parking lot was as I pulled in this time. People everywhere seem to sense that the echoes of history are sounding again and as it has been innumerable times in the past, it will likely be violent to some degree. I have said before that prepping is pro-life because I believe anyone who is prepping wants to live. They want to see their children grow up, get married and have grandchildren. We all want peace and to be able to get along, but there has always been and will always be those who are intent on killing and destroying.Unless you want to die, wouldn’t you prepare to fight violence? Wouldn’t you plan for the necessity of violence as a potential way of defending your life?

We prepare for those types of people if we want to survive.

Can You Guess Which Firearm Calibers Are the Most Popular?

The Top Decoys to Scare off Crooks

One thought on “Ideals are Peaceful, History is Violent”