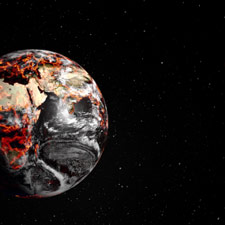 The parallels between the false prosperity of 2007 and the false prosperity of 2014 are rather striking. If we go back and look at the numbers in the fall of 2007, we find that the Dow set an all-time high in October, margin debt on Wall Street had spiked to record levels, the unemployment rate was below 5 percent and Americans were getting ready to spend a record amount of money that Christmas season. But then the very next year the worst economic crisis since the Great Depression shook the entire planet and everyone wondered why most people never saw it coming. Well, now a similar pattern is unfolding right before our eyes. The Dow and the S&P 500 both hit record highs on Monday, margin debt on Wall Street is hovering near record levels, the unemployment rate has ticked down a little bit and Americans are getting ready to spend more than 600 billion dollars this Christmas season. The truth is that the economy seems pretty stable for the moment, and most people cannot even imagine that an economic collapse is coming. So why are so many really smart people forecasting economic disaster in the near future?

For example, just consider what the Jerome Levy Forecasting Center is saying. This is an organization with a tremendous economic forecasting record that goes all the way back to the Great Depression. In fact, it predicted ahead of time the financial trouble and the recession that would happen in 2008. Well, now this company is forecasting that there is a 65 percent chance that there will be a global recession by the end of next year…

In 1929, a businessman and economist by the name of Jerome Levy didn’t like what he saw in his analysis of corporate profits. He sold his stocks before the October crash.

Almost eight decades later, the consultancy company that bears his name declared “the next recession will be caused by the deflating housing bubble.” By February 2007, it predicted problems in the subprime-mortgage market would spread “to virtually all financial markets.” In October 2007, it saw imminent recession — the slump began two months later.

The Jerome Levy Forecasting Center, based in Mount Kisco, New York, and run by Jerome’s grandson David, is again more worried than its peers. Its half-dozen analysts attach a 65 percent probability of a worldwide recession forcing a contraction in the U.S. by the end of next year.

Could they be wrong?

But I wouldn’t bet against them.

John Hussman is another expert that is warning of financial disaster on the horizon. He believes that we are experiencing a massive stock market bubble right now and that stocks are approximately double the value that they should be…

Right now stocks as a multiple of last year’s expected earnings may look only modestly over valued or modestly richly valued. Really if you look at the measures of valuation that are most correlated to the returns that stocks deliver over time say over seven years or over the next 10 years the S&P 500 in our estimation is about double the level of valuation that would give investors a normal rate of return.

Could you imagine the chaos that would ensue if stocks really did drop by 50 percent?

Well, Hussman says that this is precisely what must happen in order for stock prices to return to historical norms…

Right now, like I say, we are looking at stocks that have been pressed to long-term expected returns that are really dismal. But more important than that, in every market cycle that we’ve seen with the mild exception of 2002, we’ve seen stocks price revert back to normal rates of return. In order to get to that point from here, we would have to have equities dropby about half.

If that does happen, it will make the crisis of 2008 look like a Sunday picnic.

Meanwhile, other very prominent thinkers are also warning that an economic nightmare is rapidly approaching.

It looks more and more like a serious political uprising will erupt by 2016 once the economy turns down. That is the magic ingredient. Turn the economy down and you get civil unrest and revolution.

And of course there are a whole lot of other economic cycle theorists that are forecasting that we are about to experience a massive economic downturn as well. For much more on this, please see this article andthis article.

What is truly frightening is that we have never even come close to recovering from the last economic crisis. One poll that was taken just prior to the recent election found that only 28 percent of Americans said that their families were doing better financially. In addition, here are some more survey numbers about how Americans are feeling about the economy…

According to voter exit polls conducted by CNN, 78% said they are worried about the economy, with 69% saying that, in their view, economic conditions are not good. 65% responded that the country is on the wrong track vs. only 31% who believed that it is headed in the right direction.

Even though we are repeating so many of the same patterns that we experienced back in 2007, we are doing so with a fundamentally weaker economy. The last crisis did a tremendous amount of permanent damage to us. For an extensive look at this, please see my previous article entitled “12 Charts That Show The Permanent Damage That Has Been Done To The U.S. Economy“.

And there are lots of signs that much of the planet is already entering another major economic slowdown. In a recent article, Brandon Smith summarized some of these. He says that we are currently witnessing “the last gasp of the global economy“…

Global exports, and thus consumer demand, are plunging. Germany, the only pillar left to prop up the failing European Union, has experienced a severe decline in exports not seen since 2009.

China, the largest exporter and importer in the world, and Chinese companies, have been caught in a number of instances using fraudulent invoices to artificially inflate their own export numbers, in some cases reporting 50% more exported goods than had actually existed.

China’s manufacturing has also declined for the past five months, exposing the nature of its inflated export stats and indicating a global slowdown.

The Baltic Dry Index, a measure of global shipping rates for raw goods, and thus a measure of demand for shipping, continues to drag along near historic lows.

The U.S. consumer (the only economic asset the U.S. has besides the dollar’s world reserve status), has seen declines in spending as well as wages.

In the meantime, long term jobless Americans continue to fall off welfare rolls by the millions, making unemployment numbers look good, but the overall future picture look terrible as participation rates dissolve into the ether of government statistics.

How is such poverty being hidden? Foodstamps. Plain and simple. Nearly 50 million Americans now subsist on food stamp programs today, and this number shows no signs of dropping. In states like Illinois, two people sign up for food assistance for every citizen that happens to find a job.

From time to time, I get accused of “spreading fear” and of being obsessed with “doom and gloom”.

But that is not the case at all.

I actually want our economy to stay stable for as long as possible. Many Americans don’t realize this, but even the poorest of us live in luxury compared to much of the rest of the world. It would be wonderful if we could all live out our lives in peace and quiet and safety.

Unfortunately, it is simply not going to happen.

And it does not take an expert to see what is coming.

Anyone with half a brain should be able to see the economic disaster that is approaching.

There is hope in understanding what is happening and there is hope in getting prepared. Millions of Americans that are willingly blind to our problems are going to have their lives absolutely destroyed when they get blindsided by the coming crisis. So please use this brief period of relative stability to get prepared and to warn others.

Once this false bubble of hope runs out, all of our lives are going to dramatically change.