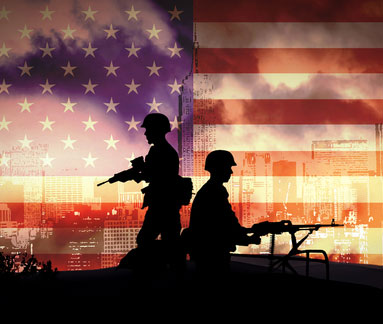 So much for protecting America and defending the homeland.

According to Homeland Security chief Jeh Johnson, protecting the plight of Islam and guarding against discrimination should now be part of the mission of the United States.

Here’s what he said – on video, no less:

We in the administration and the government should give voice to the plight of Muslims living in this country and the discrimination that they face. And so I personally have committed to speak out about the situation that very often people in the Muslim community in this country face. The fact that there are 1.6 billion Muslims in the world and the Islamic faith is one about peace and brotherhood.

This, at the same time that Sec. Jeh Johnson warned against a “new phase” of terror threats under ISIS, stating:

“Today … the global terrorist threat is more decentralized, more complex, more diffuse. And we now see very effective and slick use of the Internet and social media by groups such as ISIL [and] al-Qaida in the Arabian Peninsula.”
“Our domestic efforts are equally as important as our international efforts,” Johnson said. “We have to be aware of and vigilant about the independent actor who may choose to commit an act of mass violence inspired by ISIL. We’ve seen that now in other countries, and we have to be on guard for the same thing in this country.”

The focus on meanwhile supporting Muslim communities is a fine line:

He said the government needs to support a “counter-narrative” in the United States that pushes back against the notion that IS represents the Islamic faith.

All this comes from the agency that was seemingly formed to legalize preemptive suspicion of ordinary American citizens and introduce a police state response on every level of law enforcement on the basis that ‘anyone could be a terrorist.’

Obama echoed these sentiments, further inflaming his own critics:

“The terrorists do not speak for a billion Muslims,” Obama told a Washington conference on countering radicalism that drew delegates from 60 countries in the wake of a string of brutal attacks in Europe and the Middle East.

Obama said associating Islamic State or Al-Qaeda with Islam would be to accept the false narrative those groups want to put forward.

“They try to portray themselves as religious leaders, holy warriors,” Obama said.

“They are not religious leaders, they are terrorists. We are not at war with Islam.”

Homeland Security has, under both the Bush and Obama Administrations, introduced eerie memo after memo identifying at least 72 types Of Americans who are considered “potential terrorists” (as Michael Snyder has pointed out) under official government rhetoric. After all, that’s what the surveillance state – exposed at the NSA by the likes of Edward Snowden – was set up to do.

Incredibly, among those groups who have been targeted include “evangelical Christians,” members of the “Christian Action Network” and “fundamentalists” as well as those who would “insert religion into the political sphere.”

Of course, political groups, those interested in sovereignty, those critical of government and even veterans have been classified as ‘potential terrorists’ and extremists groups.

Even ‘white Americans’ have been depicted by Homeland Security as ‘likely terrorists’ in the ‘it could be anyone’ vein of thinking.

But now, apparently, Muslims groups will be afforded a special category of protection from discrimination, while none is offered to a wide variety of groups targeted by the government under Homeland Security’s draconian anti-terror policies.

This after all the rights that have been infringed since 9/11.

How does this compute?