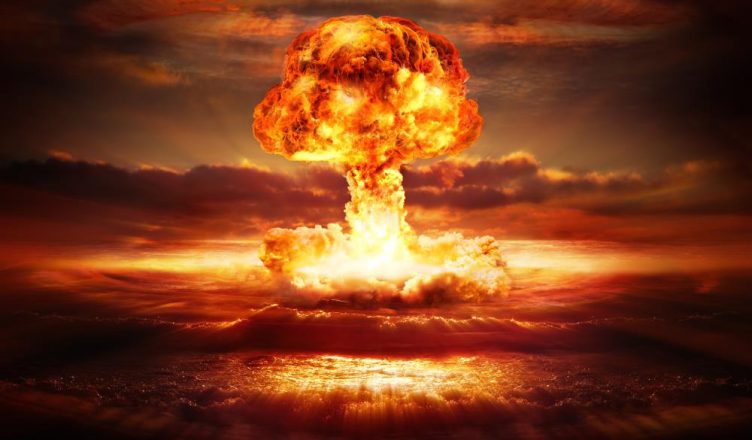 Foods like mushrooms, seaweed and sugar from leaves may be the best way to create a sustainable diet in extreme SHFT situations, such as during a nuclear winter. This is according to David Denkenberger, a mechanical engineer at the University of Alaska who runs the non-profit Alliance to Feed the Earth in Disasters (ALLFED), which researches ways to protect the global food supply during a catastrophe.

Denkenberger uses the 1815 eruption of Mt. Tambora in Indonesia as an example of an event similar to a nuclear winter. During the eruption, Mt. Tambora pumped out dust, ash and sulfur dioxide into the atmosphere, triggering freezing temperatures in the summer of 1816. It destroyed crops and vegetation, and people became so desperate for food, they reportedly ate raccoons and pigeons.

This period became known as the “volcanic winter” or the “year without summer” because the global temperature cooled by nearly two degrees Fahrenheit. (Related: Study: A US-Russia war could cause a 10-year “nuclear winter” with disastrous global consequences.)

In an extreme scenario of a nuclear disaster, a cloud of black soot could envelop the sky and block sunlight, causing temperatures to fall. Agricultural lands could lose their ability to grow crops, triggering a global famine.

In a recent study of the effects of a nuclear war between two countries, author Alan Robock said that there would be instant climate change following a nuclear disaster. He said: “As horrible as the direct effects of nuclear weapons would be, the indirect effects on our food supply would be much worse.”

However, he also noted that there are ways to sustain ourselves.

Even if a nuclear winter destroys trees, mushrooms can feed on dead matter and could create a regenerative food source that could feed everyone on the planet for three years. Since mushrooms don’t rely on photosynthesis, they can survive with little light, as can seaweed.

Denkenberger noted that seaweed is a really good food source as it can tolerate low light levels. It is also fast-growing. In a nuclear winter, the land would cool down faster than the ocean, so the oceans could remain a bit warmer, safe enough for seaweed to grow.

Denkenberger estimates that it would take about 1.6 billion tons of dry food per year to feed everyone on the planet. While humans could grow that amount of mushroom and seaweed in three to six months, they can’t just rely on a single food source or two. With this in mind, he put together a typical 2,100-calorie diet chart that could be useful in a post-doomsday scenario.

The diet involves meat, eggs, sugar and mushrooms. It also includes dandelions and tea made from tree needles for Vitamin C, while naturally growing bacteria could be a source of Vitamin E.

Denkenberger also plans on studying other natural food sources that could grow near the equator, where there would still be some sunlight post-disaster despite lower temperatures.

Dry seaweed as a cost-effective alternative food source when SHTF

Current stores of dry food can feed only about 10 percent of the global population for five years, making it very insufficient. The costs of these would also rise due to demand, making it very concerning for most of the population. Storing up large quantities of food ahead of a disaster would also be expensive, and could cost trillions of dollars.

Dry seaweed, on the other hand, can be produced for around $1 per pound, making it the lowest reasonable cost for dry food in a post-disaster scenario. If this is the case, it could cost around $3.2 trillion to produce enough seaweed to feed everyone on Earth for a year — a price that could mean almost everyone in the world could afford to eat.

Seaweed can grow in salt water or fresh water, and it is possible to grow it at home in an aquarium, making it a very sustainable way to supplement your food pile when nuclear winter comes.