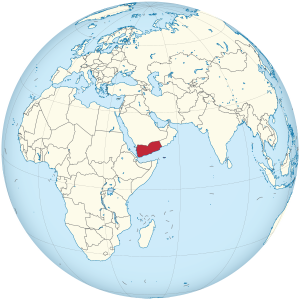 Saudi Arabia and Egypt stand poised to conduct a massive ground invasion of Yemen, and the western media will be full of tales about how “Operation Decisive Storm” is liberating that country from the evil Iranian-backed Houthi rebels. And without a doubt, the Houthis are bad guys and so are their Iranian benefactors. But don’t be fooled into thinking that the war in Yemen is a battle of good vs. evil. The truth is that the conflict in Yemen is actually a proxy war between two sets of bad guys that both ultimately plan for Islam to take over the entire planet. On one side, the Iranians are very honest about the fact that they view us as an enemy, and they plan to impose their version of radical Shia Islam worldwide as soon as they can. On the other side, the Saudis pretend to be our friends, but they don’t hide the fact that they believe that their version of Sunni Islam will eventually rule the world. And their version of Sunni Islam includes constant beheadings, the destruction of all churches and the death penalty for anyone caught smuggling a Bible into Saudi territory. At the end of the day, there is very little difference between the Saudis and ISIS. In fact, ISIS gets a lot of funding from Saudi sources, and there is more support for ISIS on Twitter from Saudi Arabia than from anywhere else. Saudi Arabia is a horribly repressive regime where women are treated like dirt, where the secret police conduct a never ending reign of terror and where even a minor deviation from sharia law can mean the loss of a limb. But because our politicians and the mainstream media constantly tell us that they are “our friends”, we cheer them on.

It is being reported that the Saudis have mobilized 150,000 troops for a ground invasion of Yemen, and Egypt says that it is ready to contribute a very large force as well. The Saudis simply were not going to just sit back and watch as pro-Iranian forces took total control of their neighbor. The following is how the Telegraph recently described what the Iranians have been up to in Yemen for the past several years…

For the past four years the Quds force of Iran’s Revolutionary Guards have been smuggling weapons to the Houthis, as well as providing expert military training, with the result that the Shia Houthi militia finally succeeded in seizing control of the capital Sana’a last year, forcing the Western-backed president, Abed Rabbo Mansour Hadi, to seek refuge in Aden.

Last week it was claimed that Tehran was increasing its support for the Houthis with the delivery of a 185 ton shipment of weapons and other military equipment.

This is how Iran likes to fight wars. They like to fund and arm proxy organizations that will do their fighting for them. That way they don’t have to get their hands messy or risk direct retaliation. Hezbollah is a prime example of this.

And the Iranians were winning in Yemen. In fact, they were on the verge of complete and total victory.

So the Saudis felt forced to step in. The Saudis don’t like to fight their own wars either, but in this instance they felt there was no other choice.

“The Saudis were caught off guard by how quick and aggressive the Houthi offensive was and felt they needed a sharp and immediate response,” geopolitical expert Ian Bremmer, president of Eurasia group, told Business Insider over email. “They didn’t want Iran to think they needed Egypt or anyone else to come rescue the Kingdom. This is the worst tension we’ve seen between Iran and Saudi Arabia, period.”

And of course Yemen is far from the only front in this war.

For instance, Saudi-backed fighters “are poised for a massive battle” with Iranian-backed Hezbollah fighters on the Syria-Lebanon border…

Islamist forces armed and aided by Saudi Arabia are poised for a massive battle in the coming days targeting the Syrian regime and the Iranian-backed Hezbollah organization, according to Egyptian security officials speaking to WND.

The officials said the Saudis have directed the Islamist forces, including the Al Nusra Front, to lead an imminent counterinsurgency focusing on the Syria-Lebanon border, with particular emphasis on the Qalamoun region.

Qalamoun is a strategic site that serves as a supply line to Damascus from Lebanon. Control of the area would give the rebels a base of operations to target Damascus.

In the western media, this ongoing conflict is being characterized as a conflict between “good” Saudi Arabia and “evil” Iran.

But should we really be cheering on Saudi Arabia?

As I mentioned above, more funding for ISIS comes out of Saudi Arabia than anywhere else.

Part of ISIS’s success is its adoption of social media as a way to spread the group’s messages and find new members. A study by The Independent analyzed the origin of posts supporting ISIS on Twitter, and found that Saudi Arabia provides by far the most.

If you believe that ISIS is wrong for beheading people, you should keep in mind that there is a beheading in Saudi Arabia every four days.

The truth is that ISIS is simply just copying what the Saudis have been doing for centuries.

And for writing what I just did, I could be sentenced to 1,000 lashes if I was living in Saudi Arabia. In fact, that is exactly what happened to one Saudi blogger. Another Saudi man was recently sentenced to death for renouncing Islam.

The Saudis don’t believe that it will happen tomorrow, but they are fully convinced that their version of Islam will eventually dominate every inch of our planet.

Are you ready to live like the Saudis do? In Saudi Arabia, women are not allowed to drive, religious police can drag you away at any time for any reason, and the penalty for smuggling a Bible is death.

If you are tempted to think that the Saudis do not plan to impose their rules on the rest of the world, you should consider what the top religious leader in the entire country recently had to say. Earlier this month, he declared that every single church on the entire Arabian Peninsula (not just Saudi Arabia) must be destroyed…

Saudi Arabia’s top Muslim cleric called on Tuesday for the destruction of all churches in the Arabian Peninsula after legislators in the Gulf state of Kuwait moved to pass laws banning the construction of religious sites associated with Christianity.

Speaking to a delegation in Kuwait, Sheikh Abdul Aziz bin Abdullah, who serves as the grand mufti of Saudi Arabia, said the destruction of churches was absolutely necessary and is required by Islamic law, Arabic media reported.

These are the “good guys”?

The truth is that the Saudis are not our friends. They like our money and they like our military might, and we make a convenient ally for them right now.

But what the Saudis stand for is the antithesis of everything that the United States is supposed to stand for. It is a brutally oppressive regime that is promoting tyranny all over the planet. Barack Obama may be comfortable with such “friends”, but the American people should not be.

So what do you think? Please feel free to share your thoughts by posting a comment below…