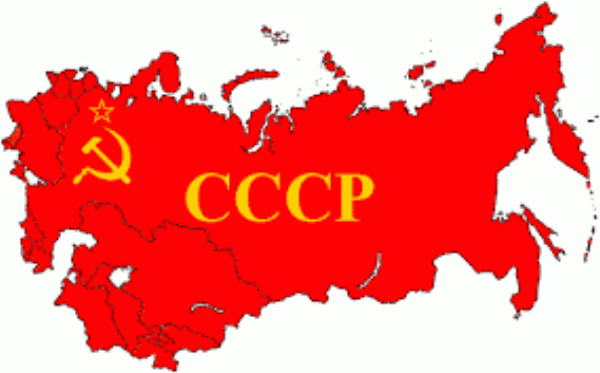 Is Russia Preparing for War with the West?

As the U.S. government warns of the rise of ‘Western-looking’ Terrorists, Russia sends an 11 ship carrier group to the Mediterranean Sea, and Israel warns of war on “all fronts”.

Of course, there are plenty of things these days to pay attention to in the news nowadays. Climate change as some people call it, religious fervor and nuclear threats from the Middle East, ice storms in the Midwest, and we could go on and on and on.Unfortunately, we have another one for Americans to pay attention to. This one, by the way, isn’t very good news either.

Is Russia preparing to go to war with the United States?

Let’s go over some of the evidence.Recently speaking in front of Moscow’s St Basil’s Cathedral in Red Square, Vladimir Putin told military cadets and members of a youth group that while “an overwhelming majority of people in the world” are friendly toward Russia, there are some who “keep saying to this day that our nation should be split. Some believe that we are too lucky to possess so much natural wealth, which they say must be divided,” Mr Putin said, speaking on National Unity Day.

“These people have lost their mind.”

That part may not have had much to do with the United States. Then again, these days seemingly everything that comes out of the Russian President’s mouth is an attempt to bash the U.S. Along with this, here’s the next thing that he verbalized.

(There are people who) “would like to build a unipolar world and rule over all of mankind”.

Anyone else think they know who he’s referring to in that segment? Putin also went on to say that any attempt to establish a unipolar world would fail and that, “nothing of this kind has ever occurred in our planet’s history, and I don’t think it will ever happen.”

Not exactly friendly words, you have to admit. Unfortunately, Putin has been quoted as saying much more in other instances. For example…

Remember when we indicated that Russia might not have been targeting the U.S. with his comments on dividing their natural wealth? Well, forget it.

There’s more, of course. Putin also suggested that the U.S. had formulated a fake assassination plot to prevent him from visiting Iran.

As absurd as that notion probably is, the most important part of that statement, of course, is that Putin visited Iran. You know, the country that wants to build nuclear bombs so they can blow us up.

Speaking of Putin’s trips to Iran:

Iran and Russia: Thick as thieves

Putin told his people during a live television phone-in that only Russia’s military prowess had prevented the country from suffering Iraq’s fate (at our hands). One of those “be thankful we’re not Iraq” kind of speeches with an edge.”It (Russia) is strong enough to protect its interests within the national territory and, by the way, in other regions of the world. What we are doing to increase our defence capability is the correct choice and we will continue to do that.”

At least Putin said that he thought the U.S. was giving thought to his suggestions on missile defence in Europe, etc. later in the speech, or you might begin to think he was going to attack today!

Let’s keep going with this. During his trip to Tehran, the first by a Kremlin leader in six decades, the two countries clearly discussed how to stop U.S. influence in the area. Beyond that, Putin warned against an attack on Iran and indicated that the two should have a veto on Western plans for new pipelines to carry oil and gas from the Caspian Sea that would use routes that would bypass Russian soil during his time there.

What the heck: Let’s add NATO to Putin’s list of bashing. “We see that military resources of certain states and members of the NATO alliance are being built up right by our borders and in contravention of previously reached agreements — We cannot allow ourselves to remain indifferent to the obvious ‘muscle-flexing’,” Putin has been quoted as saying.

Here’s the best part. The Russian President also said the response to the NATO problem will be that strategic nuclear forces — which control Russia’s long-range nuclear missiles — should be on call “to deliver a swift and adequate response to any aggressor”.

Anyone else think that Putin is making obvious overtures to war with the West?

Russia’s presence in the Mediterranean Sea

Russia recently dispatched an 11 ship aircraft carrier group to the Mediterranean Sea. This is supposedly part of an effort to resume regular Russian patrols in the world’s oceans. According to their defense minister, Anatoly Serdyukov, “the expedition is aimed at ensuring a naval presence and establishing conditions for secure Russian navigation.”

Okay, so let’s get through this. Putin believes that nuclear weapons need to be ready to fire at any time and now has a military presence in the Mediterranean. He’s also warned American on multiple occasions to not attack Iran, has had meetings with various international political leaders designed to curb our influence both economically and in a military sense, and is even accusing us of trying to take over the world.

Scary, no? But here’s the question. What does it all mean?

One thing is for certain: Vladimir Putin is trying to distance himself from the United States and is readying for a possible battle with the West. That said, here are the some of the possible deeper reasons behind his actions.

Reason number 1: He’s in cahoots with Iran, China, and possibly other countries in a plot to preemptively attack the United States. Listen, all you have to do is look at the evidence to know that this is feasible. After all, Putin’s been dishing out fighting words for some time now.

That said, a direct attack is the least likely scenario right now. But that doesn’t mean that war is.

Reason number 2: Putin is looking to protect Iran and his energy interests. Said another way, is he anticipating our strike against Iran and readying to fight for them? Unfortunately, with the presence in the Mediterranean and recent findings suggesting that they’re beefing up their nuclear presence, this reason seems very possible. Heck, Israel higher ups recently even went as far as to suggest that a large scale conflict was looking unavoidable for them. Remember: We’re one of their greatest allies.

YNET:Israel preparing for possible confrontation with foreign armies and terror groups on all fronts

Reason number 3: Putin is simply looking to further the international view of Russia’s military might. This one is simple, probably too simple. Still, it is feasible that he may just be trying to remind people of what they can do as a precautionary measure.

REFERENCES:Putin: U.S. has ‘Erotic’ desire to invade RussiaPutin’s party wins ‘dirty’ parliamentary electionPutin warns Russians of the danger from ‘those who wish to rule over mankind’Putin Warns Against Attacks on Iran
Reason number 4: Putin is simply trying to gain public approval for elections. Recently, there was a sweeping parliamentary victory for his party in Russia (an election that many believe was manipulated). If a successor from his party is elected-since by law Putin is unable to be-many in the west believe that the new president will simply be a figurehead doing Putin’s bidding. Further, there are some that believe Putin will be put back in office soon after the new president steps down, according to some grand scheme.

This scenario is also very reasonable. Here’s the issue, though. Why would talking tough against the West, particularly the United States, help someone become popular in Russia? The answer?

We are hated there. And that can’t be good.

So no matter what the reasoning is for Russia’s and Vladimir Putin’s recent actions and verbalizations, one thing is for certain. None of it can be good news for the United States, and that means we should all be on alert.