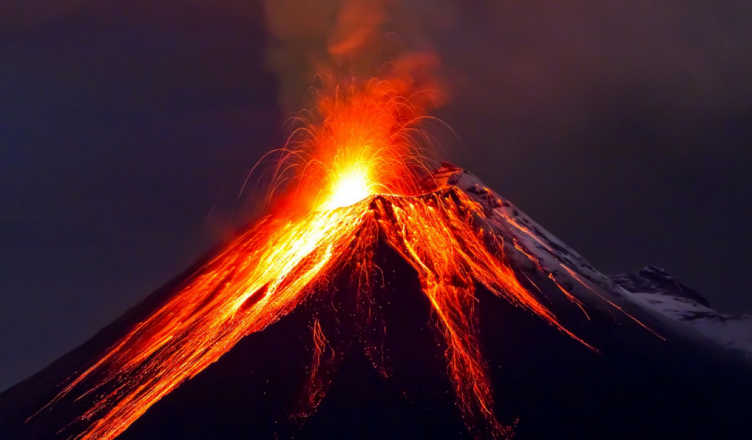 One of the most beautiful places in the United States that every American should visit at least once in their life is Yellowstone National Park, a vast region of wildlife and geographical wonders that stretches through parts of Wyoming, Montana and Idaho. Between the massive herds of bison that can be seen grazing out in the valleys, and the incredible geysers and hot springs that have been around for thousands of years, Yellowstone really does deserve to be one of the most popular tourist locations in the country. But despite its beauty, there is an ancient monster in Yellowstone that has remained dormant for 70,000 years… and it just might be getting ready to wake up.

The earthquake that took place on June 15 was the largest to have hit Yellowstone since March 30, 2014, when the area of the Norris Geyser Basin experienced a magnitude 4.8 earthquake.
This pattern of rather severe earthquakes in Yellowstone has led many to believe that a volcanic eruption is due to take place sometime in the near future, even though it is currently impossible to know when exactly that will happen. According to experts at the U.S. Geological Survey (USGS), the chances that the Yellowstone supervolcano will erupt is still significantly low. A USGS spokesperson recently told Newsweek that volcanic activity seems to be “slowly winding down” and that “no other geological activity has been detected.”

As of right now, the chances that Yellowstone’s supervolcano will erupt within the next year is one in 730,000.

But even though the chances of a massive volcanic eruption in Yellowstone are slim, what would happen if it did? Three years ago, the USGS published a report that modeled what would happen if Yellowstone’s supervolcano erupted. According to their findings, such an eruption would cover the majority of North America with a blanket of ash, with some areas of the country even being buried a meter deep.

Since the 2014 report was published, however, the USGS scientists have concluded the Yellowstone volcanic eruption would likely be significantly smaller than the one predicted by the model. “Yellowstone hasn’t erupted for 70,000 years, so it’s going to take some impressive earthquakes and ground uplift to get things started,” the scientists explained in a press release.

They went on to say that they “expect rapid and notable uplift around the caldera,” which forms after the evacuation of a magma chamber inside a volcano. “Even with explosions, earthquakes and notable ground uplift, the most likely volcanic eruptions would be the type that would have minimal effect outside the park itself.”

But despite the fact that the USGS scientists don’t believe Yellowstone poses an immediate threat to the United States, and even though the probability of a massive volcanic eruption currently sits at one in 730,000, there’s always the chance that it could happen. Just as its important to prepare for every other type of natural disaster, it’s important to brace yourself for earthquakes and volcanic eruptions as well. If the entire country were to be covered in ashes, then our food supply would be severely impacted and millions of people would inevitably die. While there may not be a way to tell when such a massive volcanic eruption will occur, it may be a good idea to start taking precautionary measures before its too late.

Real quick: on a scale on 1 to 10, how ready are you to evacuate?I don’t care if you have a 5-year stockpile, 1,000 gallons of water or enough guns for a small army… You cannot fight floods and hurricanes with bullets, and even the strongest house can be destroyed in a heartbeat.

Because in the next 6 minutes, I’m going to completely shatter the 3 biggest myths about bugging out, just to prove to you that many of the things you read are GARBAGE… and how applying the wrong information can kill you.Watch the video and learn more: