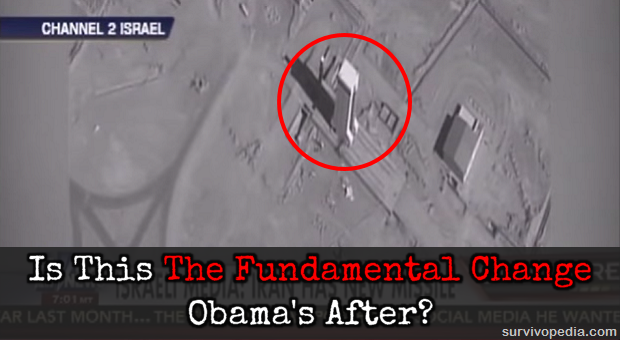 One of President Obama’s most famous statements is the one about bringing “fundamental change” to America. Like many others, I’ve been seeing that as either making the United States socialist or destroying the country in general. But I have to wonder…

While it is clear that Obama has socialistic tendencies, we’ve seen this before. Ever since the “New Deal” the Democrat party has pushed a socialistic agenda. Interestingly enough, every political party in the last 100 years or more which has pushed such an agenda has been more about gaining power than anything else.

They use the poor, unwashed masses as their way to gain power, bribing them with other people’s money.

It’s not that they truly care about the poor, it’s that they want to garner their votes.

Obama has clearly been interested in redistributing the wealth, but we must remember that his idea of redistributing the wealth is different than what we think it is. Better yet, his idea of the one percenters is much different than we think it is. He’s a “one worlder” so he sees pretty much all of the United States as being part of the “one percent.”

So, Obama’s idea of socialism isn’t about making the country socialistic, but about spreading our wealth around to the rest of the world.

But that’s merely the smoke and mirrors.

I’m beginning to wonder if that’s his real goal. What’s the “fundamental change” that he’s really after.

Obama and the Muslims

Since becoming president, Obama has favored two group, and Muslims are one of them.

He has done countless things to further the cause of Islam since taking office; some confirmed and others merely rumors.

But it seems that he has at a minimum supported the Muslims unsuccessful takeover of Egypt, sent arms and money to organizations who then allow it to get to Muslim extremist terrorist organizations, and refuses to acknowledge that there is any such thing as Muslim extremism. He reclassified the term “terrorist” in the government to say that Muslims who would do terrorist acts wouldn’t be terrorists, but conservative Christians would be.

Also, he loosened immigration restrictions so that Muslims with ties to terrorist connections could easily enter the country. More, he brought a number of Muslims into sensitive posts in the government, and released Muslim terrorist leaders from Guantanamo Bay, allowing them to go back to fighting.

This list could go on and on. There have been many times where he has spoken out in favor of Islam and against Christianity, even though he publicly claims to be a Christian.

So, what’s really going on here?

Obama has made no meaningful attack against any Islamic group and it could be fairly argued that he is helping them, albeit in the shadows. At least some of the leaders of ISIS were released unilaterally and illegally from Guantanamo Bay by Obama, allowing them to create today’s deadliest terrorist organization. While they rape, pillage and murder their way across the Middle East, Obama takes no meaningful action against them.

At the same time, we are in the midst of the latest worldwide Muslim jihad. It is a multi-pronged attack, with Muslims using their traditional methods of violence to force people to submit to their rule, as well as using laws and political correctness in the various countries in which they are invading, to twist things in their favor. All the time, they are saying that Sharia Law must become the law of the land.

There are countries which are waking up to the danger of Islam. Australia’s Prime Minister has told immigrants that if they don’t like the law in Australia, go back where they came from. Austria just passed a law outlawing the speaking of Arabic in their country. Another European country sends almost 1,000 of them back to the Middle East, because they had ties to terrorist organizations.

What do we do? The Big Chief in the White House allows them to take over our government.

So What’s His Plan?

Radical Muslims call the United States “The Great Satan” and calls for our destruction.

What is Obama doing? He’s destroying our military might, our position on the world stage, our industry and our economy. He’s pushing for greater government control, more people on public assistance and greater national debt. He’s been declared by many to be the greatest dividing force in the country in the last century. Yes, he’s turning the country more socialist, but could that merely be part of the plan?

Could Obama’s true goal to be to weaken the country so much that we are sitting like a ripe plum, ready to be picked by Islam? With Obama’s push to allow Iran to build nuclear warheads, coupled to the fact that they already have ballistic missiles which are thought to have intercontinental range, Iran could soon launch a nuclear or EMP strike against our country.

Between the turmoil that already exists in the United States, the racial tensions that have been increasing, the financial condition of the country and the lack of true leadership from the White House, we can be sure of one thing. Should such an attack come, it would not be handled well. It could be enough to bring this country to its knees, allowing aggressors, such as the worldwide Muslim community, to take over.

Should Iran succeed in developing a nuclear capability, and I see nothing to stop them, I seriously doubt there is anything that would prevent them from using it against us. They just recently built a 2/3 scale model of one of our aircraft carriers and blew it up as a propaganda stunt.

But who was the target of this propaganda? Was it to bolster their own population or did it have a more sinister message? Were they in fact, sending a message to the United States military, telling it that they were ready to destroy our carriers, if they should get close? Regardless of whether that was their intended message or not, it got through.

Once again, we are sitting on the brink of war. Radical Islam is pushing to take over the world and it looks like our president is helping them to do so.

Is this the fundamental change that Obama is after? If not, what do you think it would be?

Ignoring America’s Safety, Homeland Security Vows: “Government Should Give Voice to Plight of Muslims in this Country”