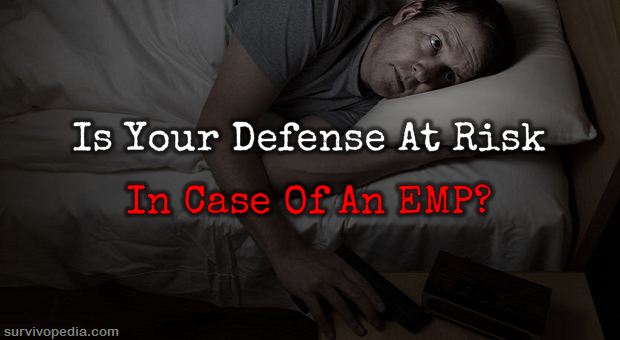 At first listen, the topic seems almost silly doesn’t it?

But considering it for more than a moment, many preppers are in danger of losing key components of their defense to a high electromagnetic pulse (HEMP). Thinking about what your defense means, it’s obvious, don’t you think?

Let’s deal first with our firearms themselves and then with other elements of self-defense, and how to look for our way out in case this disaster happens.

Guns after EMP – How Are They Going to Be Affected?

Most firearms would not be affected in any way as far as their basic function is concerned, but many newer firearms could absolutely suffer after a high electromagnetic pulse.

Considering the current trend of integrating microelectronics technology into firearms, the likelihood of future designs being affected is quite certain. Here are some firearms technologies that most certainly could be affected:

That was a longer list than I thought it was going to be, but for most folks, their favorite smoke pole is not going to be affected. But if you run in high speed, low drag crowd, you likely have several of these technologies bolted onto your first line weaponry.

Self Defense in a Post-EMP World

Now comes the second part of the equation. EMP will likely change the elements of your defense.

If something goes bump in the night, most well-prepared and responsible folks I hang with have a plan that goes, more or less as follows.

Roll out of bed, punch the panic code on the safe and strap on a waist pack or “bat belt” which contains some rough approximation of the following equipment:

Then they deal with the threat. Then, if they are still breathing, they either get to go back to bed or will call law enforcement and an ambulance.

If they deal with law enforcement they might also worry how the night’s events will alter the lives of their loved ones and their own life and how much it is going to cost to replace the carpet.

Roll out of bed, punch the panic code on the safe, which does not open because an EMP occurred while you were sleeping. 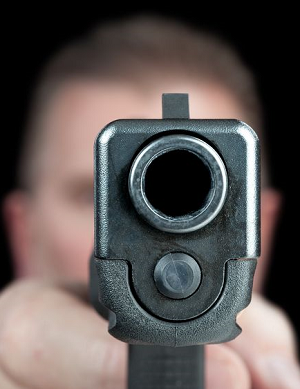 Then they deal with the threat … using their equipment which does not all work.

Then, if they are still breathing, they either get to go back to bed or they try to call law enforcement and an ambulance …. Which they cannot do because their cell phone does not work… and so on.

Plan A would not work. You would not get a phone that says, “Hey dummy, we just had an HEMP!” You would simply try to use something you use all the time and it would not work. So what is an intelligent, self-reliant person who is aware of the threat of HEMP to do?

The answer is not to swear off anything that runs on a battery. Technology is a powerful fool and every one of us would have make some major changes in order to make a living without it. Even if you live like the Unibomber and think it does not affect you directly, it mostly certainly does affect you indirectly.

If nothing else, it keeps all your neighbors at home watching TV and drinking instead of looting your house or competing with you for the same resources.

The Answer Is Also a Two-Parter.

Part 1: Train without technology before you train with technology, which means among others:

Part 2: Go through your SOPs (Standard Operating Procedures) from a post-HEMP paradigm. Walk through them step by step from imagining what would go wrong if a HEMP had occurred. It might mean

The point is that there is something you can do about EMP or HEMP or any threat other than a Black Swan.

Cache Valley Prepper is a full-time survival and self-defense consultant, instructor and writer, but primarily identifies himself as a lifelong student of survival. He is profoundly grateful to his mentors for afflicting him with an insatiable curiosity about all things self-reliant but claims to be allergic to conspiracy theory. He is a talented competitive shooter, has a profound love of nature, and likes to backpack, camp, hunt and pursue outdoor hobbies. He studies and trains constantly and loves that his work enables him to get in plenty of “dirt time” all over the world … even if it means he has to work a little while he plays. Cache is a volunteer emergency responder in a small town without any paid services and holds numerous instructor and student certifications in everything from emergency management to less-lethal munitions and high explosive breaching. Cache Valley Prepper is a pen name used to protect his identity.

The 5 Fatal Self Defense Weapons That You Carry