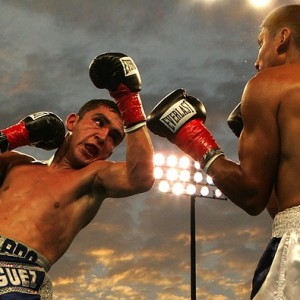 Is this the beginning of the end for the eurozone? On Thursday, Germany rejected a Greek request for a six-month loan extension. The Germans insisted that the Greek proposal did not require the Greeks to adhere to the austerity restrictions which previous agreements had forced upon them. But Greek voters have already very clearly rejected the status quo, and the new Greek government has stated unequivocally that it will not be bound by the current bailout arrangement. So can Germany and Greece find some sort of compromise that will be acceptable to both of them? It certainly does not help that some Greek politicians have been comparing the current German government to the Nazis, and the Germans have fired back with some very nasty comments about the Greeks. Unfortunately for both of them, time is running out. The Greek government will run out of money in just a couple of weeks, and without a deal there is a very good chance that Greece will be forced to leave the euro. In fact, this week Commerzbank AG increased the probability of a “Grexit” to 50 percent. And if Greece does leave the eurozone, it could spark a full blown European financial crisis which would be absolutely catastrophic.

What the Greeks want right now is a six month loan extension which would give them much more economic flexibility than under the current agreement. Unfortunately for the Greeks, Germany has rejected this proposal…

Germany rejected a Greek proposal for a six-month extension to its euro zone loan agreement on Thursday, saying it was “not a substantial solution” because it did not commit Athens to stick to the conditions of its international bailout.

Berlin’s stance set the scene for tough talks at a crucial meeting of euro zone finance ministers on Friday when Greece’s new leftist-led government, racing to avoid running out of money within weeks, will face pressure to make further concessions.

As the biggest creditor and EU paymaster, Germany has the clout to block a deal and cast Greece adrift without a financial lifeline, potentially pushing it toward the euro zone exit.

Even though Germany is already saying no to this deal, Greece is still hoping that the Eurogroup will accept the deal that it has proposed…

“The Greek government submitted a letter to the Eurogroup asking for a six-month extension of the loan agreement. Tomorrow’s Eurogroup has only two options: either to accept or reject the Greek request,” a government official said. “It will then be clear who wants to find a solution and who doesn’t.” Earlier on Thursday, the German finance ministry rejected Athens’ request for an extension by saying it fell short of the conditions set out earlier this week by the euro zone.

At this point, the odds of a deal going through don’t look good.

But there is always next week. It is possible that something could still happen.

However, if there is no deal and Greece is forced out of the euro, the consequences for Greece and for the rest of the eurozone could be quite dramatic.

An immediate financial crisis and a new, deep, recession. Without external financial support the country would have to default on its debts and, probably, start printing its own currency again in order to pay civil servants. Its banks would also lose access to funding from the European Central Bank.

To prevent these institutions collapsing Athens would have impose controls on the movement of money out of the country. The international value of the new Greek currency would inevitably be much lower than the euro. That would mean an instant drop in living standards for Greeks as import prices spike. And if Greeks have foreign debts which they have to pay back in euros they will also be instantly worse off. There could be a cascade of defaults.

That doesn’t sound pretty at all.

In anticipation of this happening, people are already pulling money out of Greek banks at a staggering pace…

In the midst of the dramatic showdown in Brussels between the new Greek government and its European creditors, many Greek depositors—spooked by the prospect of a Greek default or, worse, an exit from the euro zone and a possible return to the drachma—have been pulling euros out of the nation’s banks in record amounts over the last few days.

The Bank of Greece and the European Central Bank won’t report official cash outflows for January until the end of the month. But sources in the Greek banking sector have told Greek newspapers that as much as 25 billion euros (US $28.4 billion) have left Greek banks since the end of December. According to the same sources, an estimated 900 million euros flowed out of Greek banks on Tuesday alone, the day after the talks broke up in Brussels, sparking fears that measures will be taken to stem the outflow. On Thursday, by mid-afternoon, deposits had shrunk by about 680 million euros (US $77.3 million).

“If outflows reach 1 billion euros, capital controls might need to be imposed,” said Thanasis Koukakis, a financial editor for Estia a conservative daily, and To Vima, an influential Sunday newspaper.

And if we do indeed witness a “Grexit”, the rest of Europe would be deeply affected as well.

There would probably be some financial contagion as financial investors wake up to the fact that euro membership is not irreversible. There could a “flight to safety” as depositors pull euros out of other potentially vulnerable eurozone members such as Portugal, Spain or Italy to avoid taking a hit. European company share prices could also fall sharply if investors panic and divert their cash into the government bonds of states such as Germany and Finland.

The question is how severe this contagion would be. The continent’s politicians and regulators seem to think the impact would be relatively small, saying that Europe’s banks have reduced their cross-border exposure to Greece and that general confidence in the future of the eurozone is much stronger than it was a few years ago. But others think this is too complacent. The truth is that no one knows for sure.

To be honest, I think that the rest of the eurozone is being far too complacent about what Greece leaving would mean.

There are all kinds of implications that most people are not even discussing yet.

For example, just consider what a “Grexit” would mean for the European interbank payment system known as Target2. The following comes from an article by Ambrose Evans-Pritchard…

In normal times, Target2 adjustments are routine and self-correcting. They occur automatically as money is shifted around the currency bloc. The US Federal Reserve has a similar internal system to square books across regions. They turn nuclear if monetary union breaks up.

The Target2 “debts” owed by Greece’s central bank to the ECB jumped to €49bn in December as capital flight accelerated on fears of a Syriza victory. They may have reached €65bn or €70bn by now.

A Greek default – unavoidable in a Grexit scenario – would crystallize these losses. The German people would discover instantly that a large sum of money committed without their knowledge and without a vote in the Bundestag had vanished.

And in a previous article, I discussed some of the other things that are at stake…

If there is no deal, we could see a Greek debt default, Greece could be forced to leave the eurozone and go back to the drachma, the euro could collapse to all time lows, all the banks all over Europe that are exposed to Greek government debt could be faced with absolutely massive losses, and the 26 trillion dollars in derivatives that are directly tied to the value of the euro could start to unravel. In essence, if things go badly this could be enough to push us into a global financial crisis.

At the end of the day, there are essentially only two choices for Europe…

#1) Find a way to make a deal, which would maybe keep the current financial house of cards together for another six months.

In the long-term, nothing is going to stop the economic horror which is coming to Europe, and once it starts it is going to drag down the entire planet.

The post It’s Germany vs. Greece, And The Very Survival Of The Eurozone Is At Stake appeared first on The Economic Collapse.