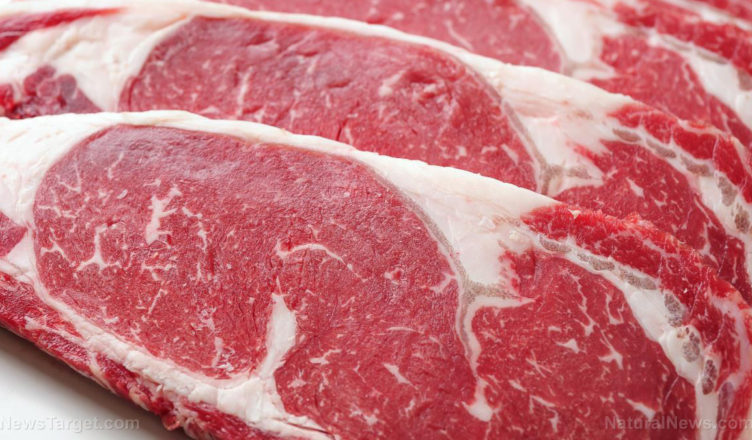 The coronavirus pandemic has severely tested global supply chains like no other event in recent world history, resulting in large shocks to both demand and supply. And it’s only about to get worse.

According to a report from Bloomberg, hog, cattle and poultry raisers are struggling amidst the highest prices of corn and soybean that they have seen in seven years. The prices have driven up the costs of feeding animals by at least 30 percent.

Consequently, meat producers have had little choice but to raise their prices in order to stay profitable. In fact, the United Nations‘ (UN) Food and Agriculture Organization (FAO) reported that global meat prices rose for the fourth month in a row in January.

Experts worry that the effects of the high feed prices will likely spread across the globe over the next couple of months, showing up as higher price tags for beef, pork, and chicken.

Experts note the last time meat was this expensive in the United States was almost a decade ago when a costly and severe drought prevailed over the Midwest. Now, meat is again poised to become a driver of inflation.

Bad weather is again the culprit. This time, however, the problem is compounded by growing demand, mainly from China. The country suddenly emerged as the world’s top importer of corn after it ordered roughly 12 million tons of corn from the U.S. last October. China ordered five million tons more from elsewhere.

China’s orders caught the U.S. off-guard and caused experts to wonder whether the purchases were normal or an anomaly. Dan Basse, the president of an agricultural advisory firm based in Chicago, believes the orders aren’t a one-time thing. Basse said it appears China will be a regular importer of corn for years to come.

Meanwhile, the author of the blog Dim Sum, which claims it is “bringing clarity” to China’s economy, asserted that China has had frenzied purchases in the past that were presumed to be the tip of the iceberg and revealed later on to be the edge of a cliff.

The writer went on to argue that the answer to the burning question of whether China’s recent corn purchases are a fluke or not lies in knowing what the corn is being used for. The writer said there are indications that the imported corn is filling warehouses, as well as pigs’ bellies.

With bad weather and China’s massive orders constricting supplies of corn for animal feed, meat producers in other major exporting countries are feeling the impact of the higher costs of feed.

Brazil, the top chicken exporter in the world, saw the cost of raising chickens go up by 39 percent last year due to pricier feed. Last month, costs rose again by six percent.

In Europe, the combination of pricier feed and stifled demand due to lockdowns may force smaller hog raisers off the market, according to Rabobank, an international cooperative bank based in the Netherlands.

It isn’t uncommon for feed prices to fluctuate. When they do, hog, cattle and poultry raisers would simply take the rough with the smooth, said Mark Gorton, managing director at Traditional Norfolk Poultry in England. But when prices go up as much as they have recently, they start to greatly impact the business, he added.

Bad weather isn’t the only thing tightening supplies of meat. Recent animal disease outbreaks have caused the price of meat to go up as well in several parts of the world.

Last November, at least 10 countries in Europe reported bird flu outbreaks on farms, which led to the death of at least 1.6 million chickens and ducks.

In the Netherlands, Europe’s top exporter of chicken and eggs, some 500,000 chickens died or were culled. In Poland, over 900,000 hens in a single farm died within a week.

On the other hand, several countries in Asia saw outbreaks of the deadly African swine fever. Last February, it was detected in at least 10 countries, according to a FAO report. The virus decimated herds of pigs in China. It is still spreading in some countries today, including the Philippines in Southeast Asia.

Unfortunately, high meat prices may only be the tip of the iceberg. Last June, the UN warned that the world is on the brink of a food crisis worse than any seen over the past 50 years.

And unless governments act swiftly, the global food crisis could have severe, long-term impacts on millions of children and adults, said UN Secretary-General Antonio Guterres. (Related: China now facing its own food crisis… is a food collapse also coming soon to the USA?)